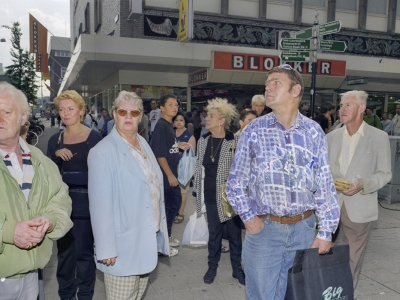 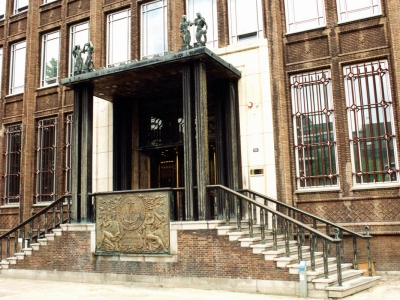 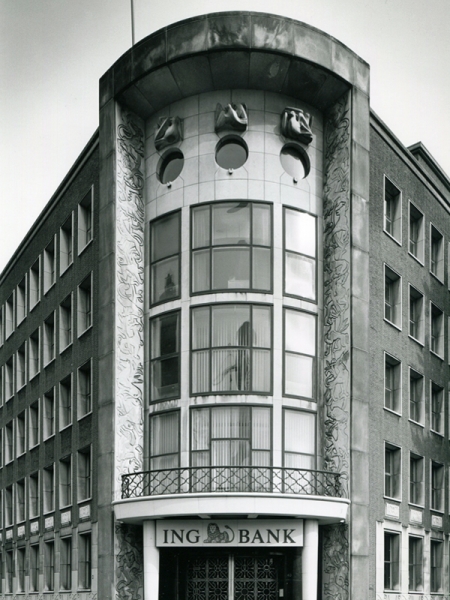 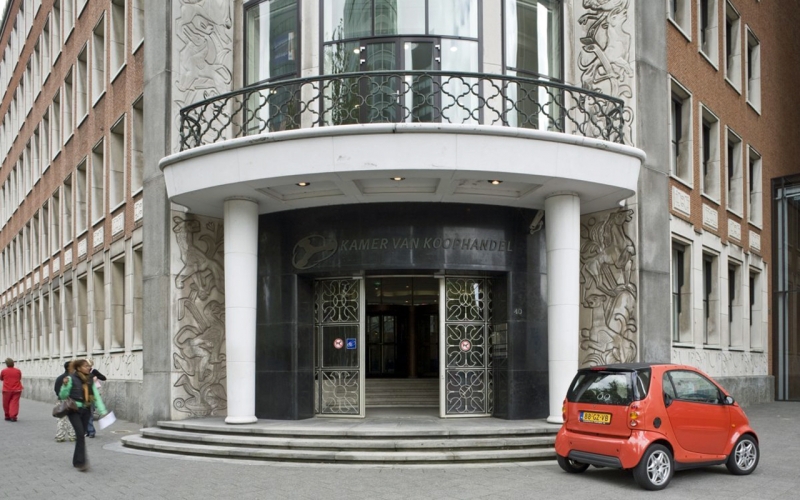 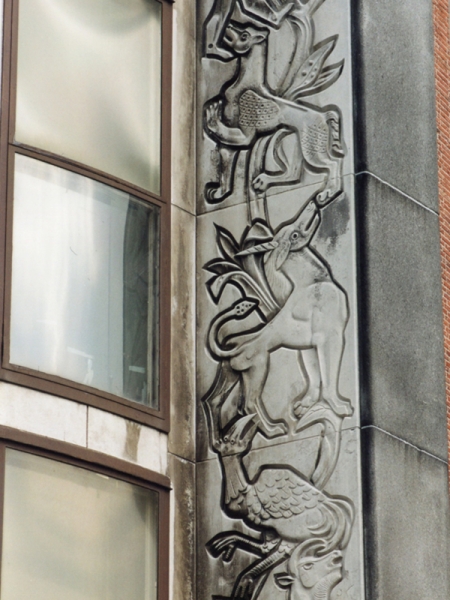 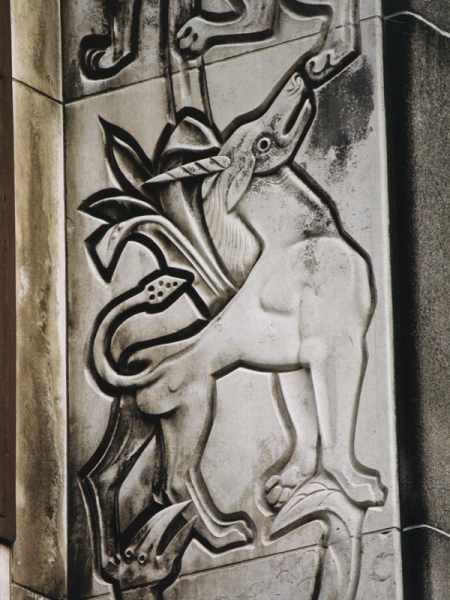 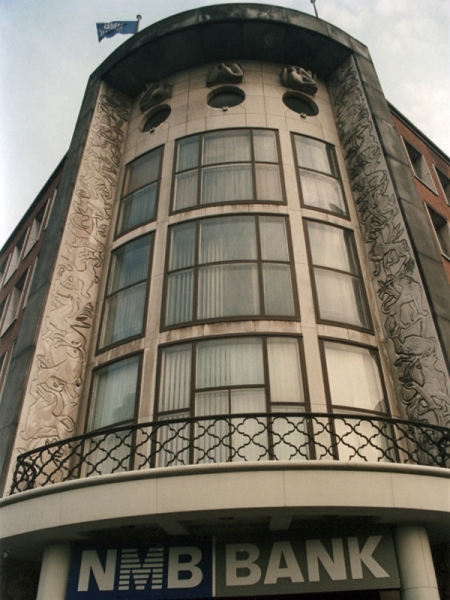 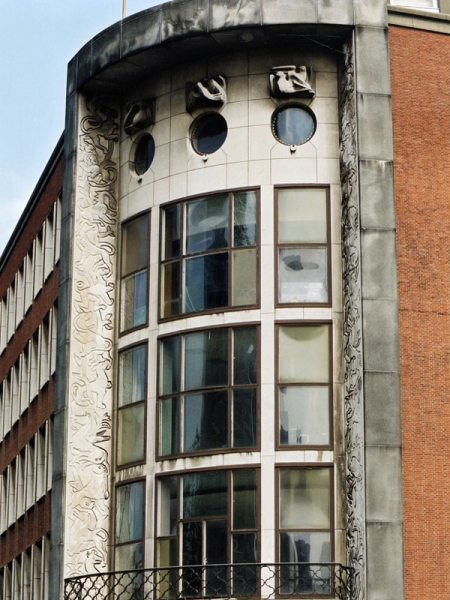 The business world started immediately after the liberation with the involvement of visual artists, interior designers and advertisers in the reconstruction of the city. Initially, only the banks had sufficient financial resources to develop construction activities. Monumental new bank buildings opened their doors between 1949 and 1959, including the Blaak. The Twentsche Bank, the Incasso-Bank (which merged with the Amsterdamsche Bank during construction) and the Nederlandsche Handel-Maatschappij opened their so-called 'side banks' here, because the companies had their head offices and management boards in Amsterdam. This Incasso-Bank building at Blaak 40 was designed by Kraaijvanger and is now a national monument. Today the Chamber of Commerce is housed in the building. The facade has been 'decorated' by Nel Klaassen, who has worked on several bank buildings on the Blaak. On both sides of the entrance there is a vertical decorative frame with zodiac signs, making the animals almost seem to be climbing. At the top three reliefs of birds, a typical reconstruction symbol.