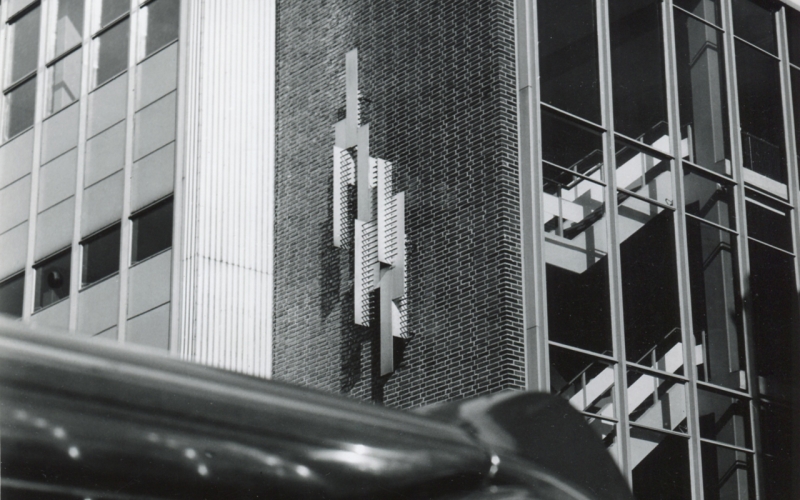 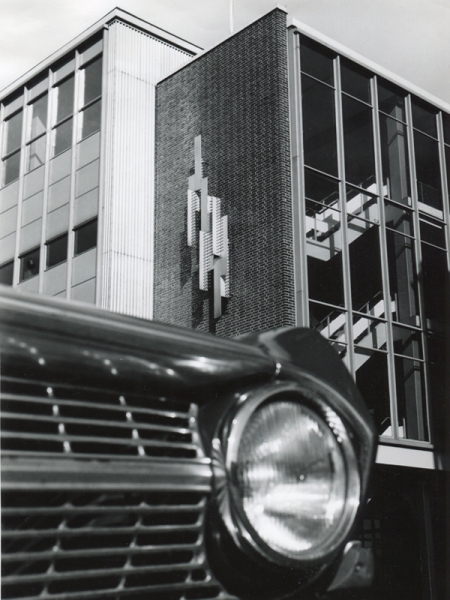 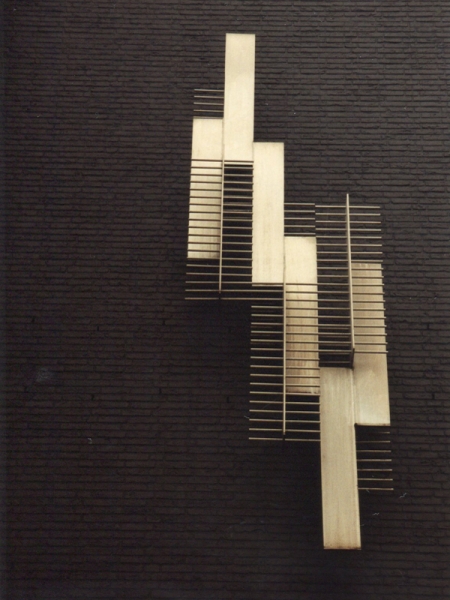 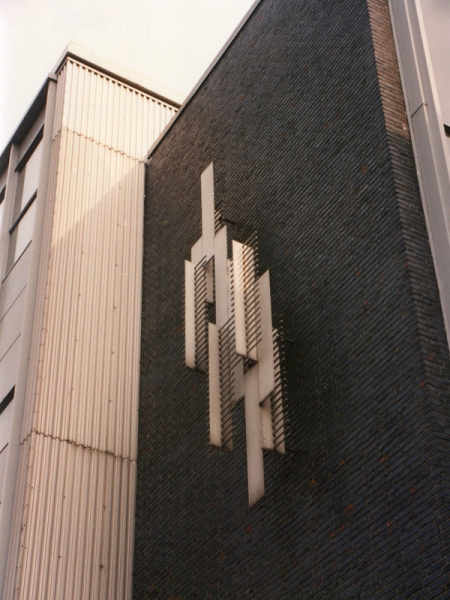 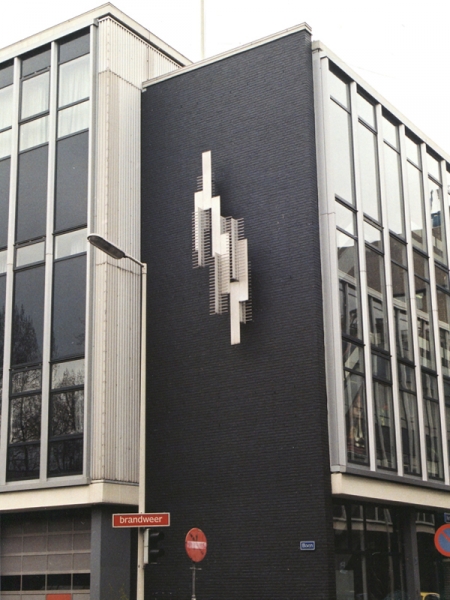 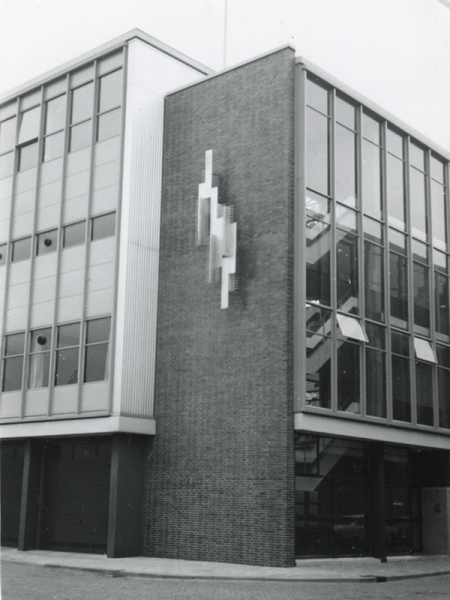 Since 1963, a fine aluminum façade plastic has been hanging on the facade of the fire station on the Baan side. The work hangs freely in front of the facade and was made by artist André Volten. He was commissioned by municipal architect J. Bister to build this fire station, which is still housed there. This plastic reinforces the architecture and is nicely positioned on a dark blind wall.