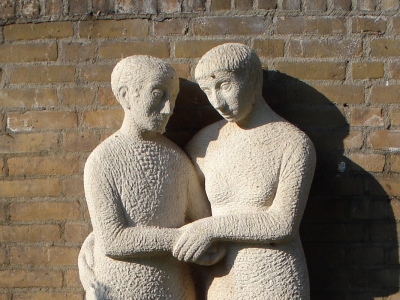 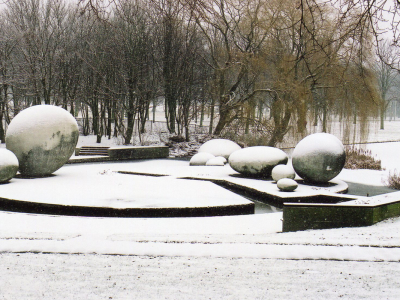 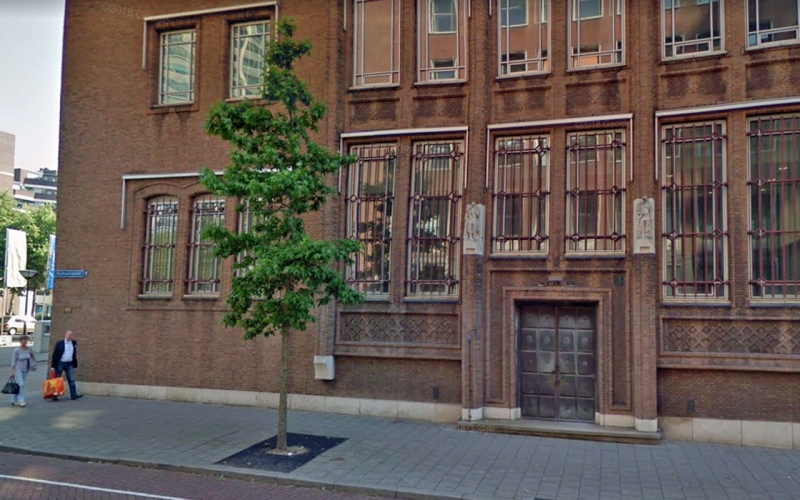 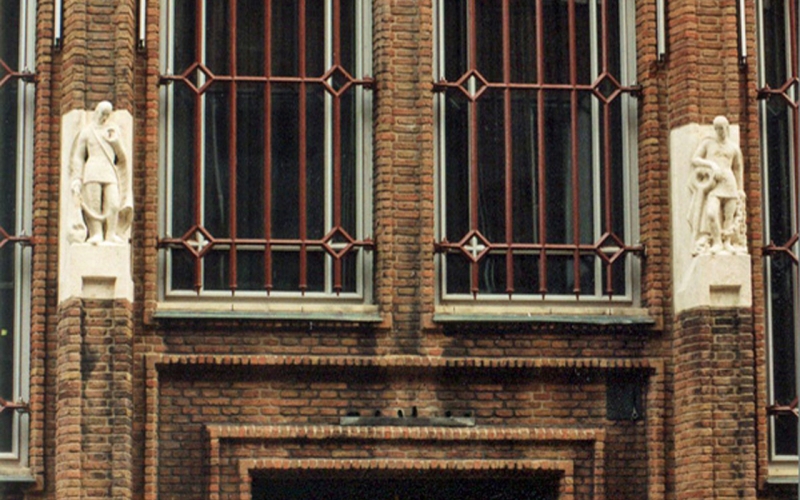 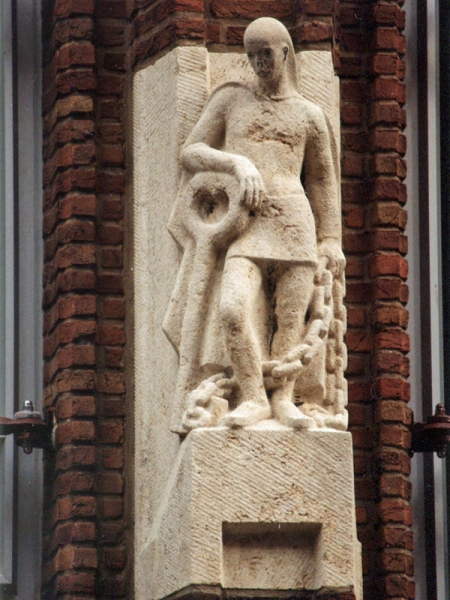 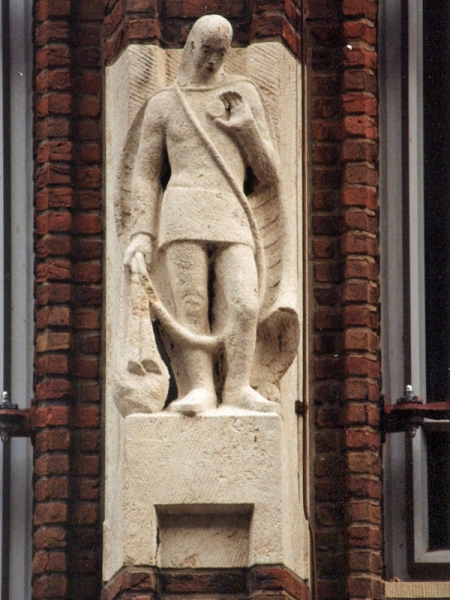 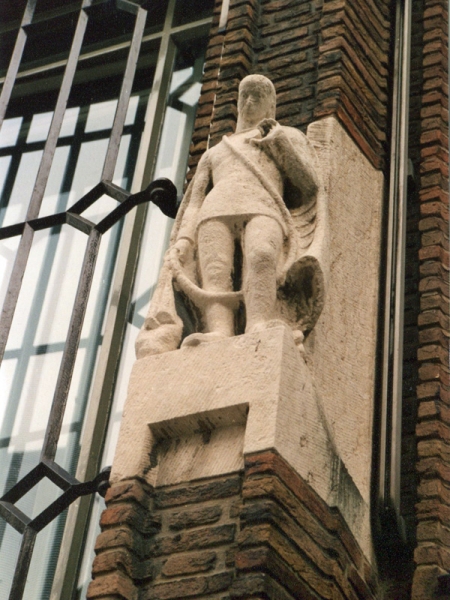 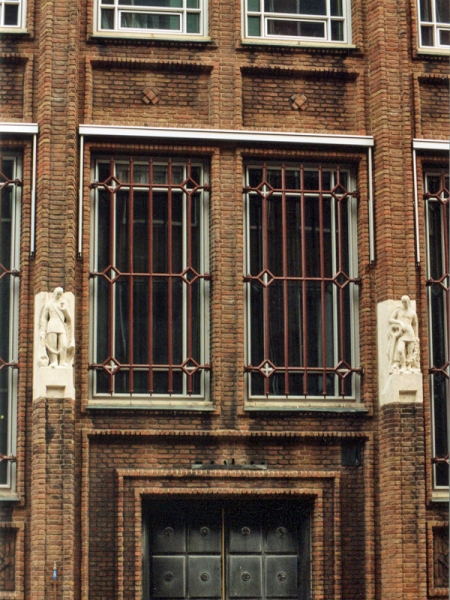 In 1950, a bank of the Nederlandsche Handel-Maatschappij opened on Blaak 34, founded in 1824 on the initiative of King William I to revive the trade. The building was designed by Rotterdam architects AA van den Nieuwenhuyzen and Chris Elffers, who were simultaneously working on the design for the Rotterdam office of the National Life Insurance Bank on Schiekade. The bank building, together with the adjacent bank buildings Blaak 28 and Blaak 40, is one of the first buildings to be built after the war. In 2010 the building was given the status of a national monument, but it is no longer a bank building. In the Posthoornstraat there is a side entrance to the building, which is decorated by two figures made by sculptor Hans Petri. A farmer is standing on the left masonry pillar. He is wearing a cape and has a coin in his left hand, a (money) bag in his right. The figure on the right is the burgher. This figure also wears a cape, but also a large key on a chain. They both look down towards the entrance.