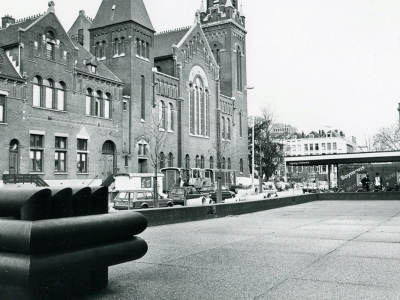 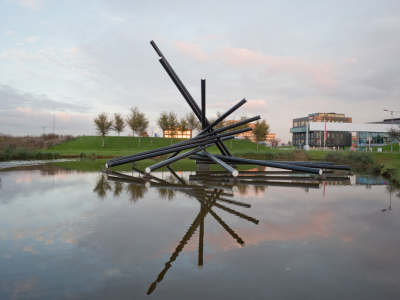 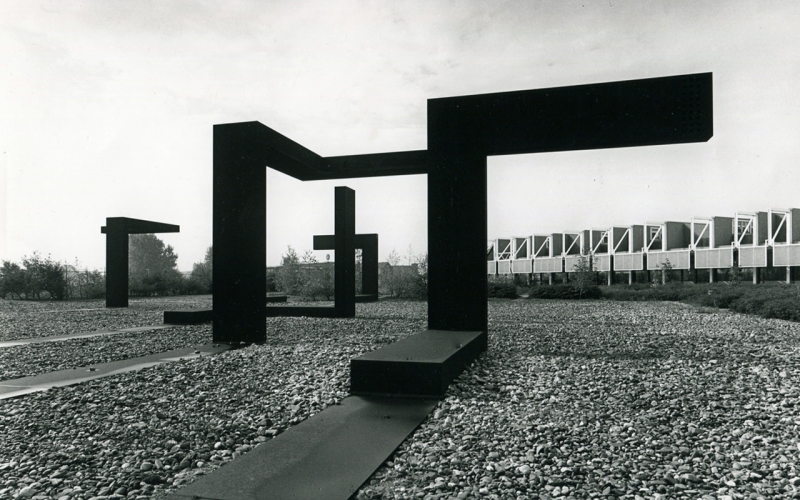 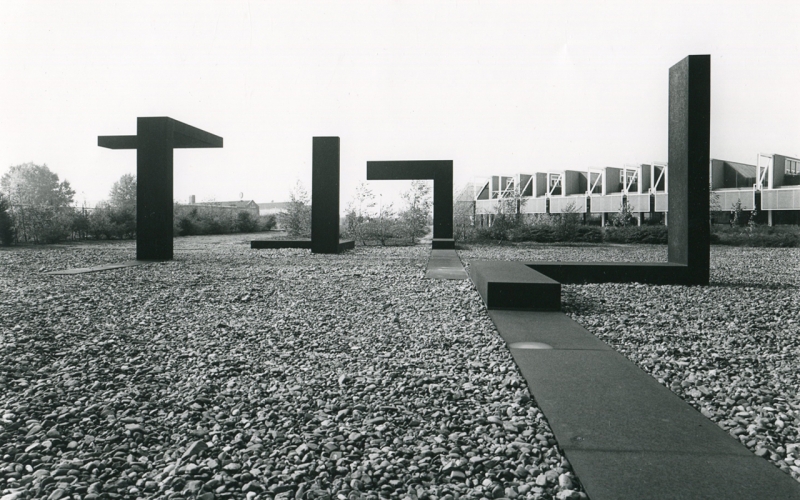 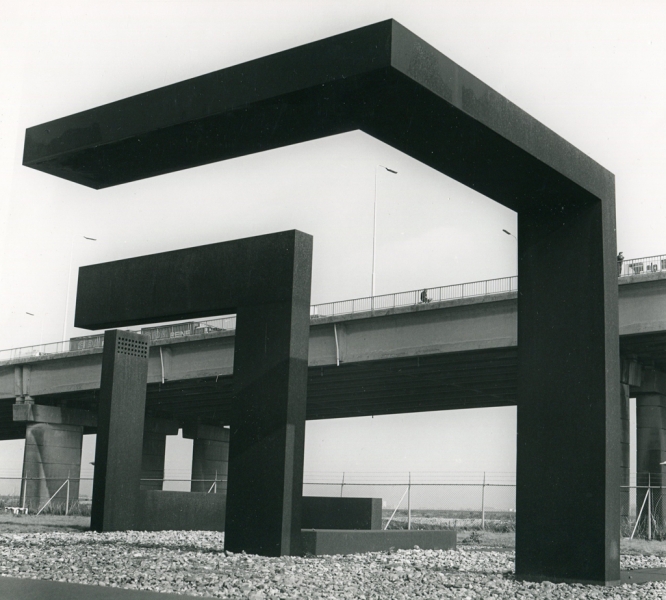 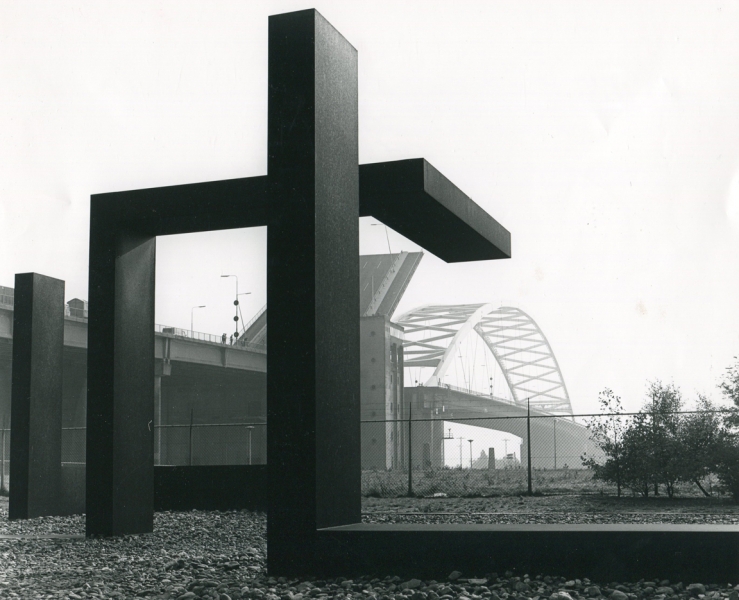 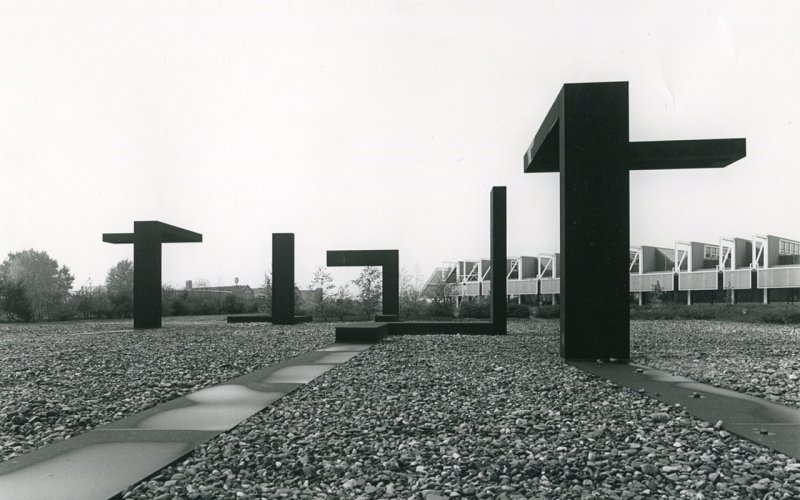 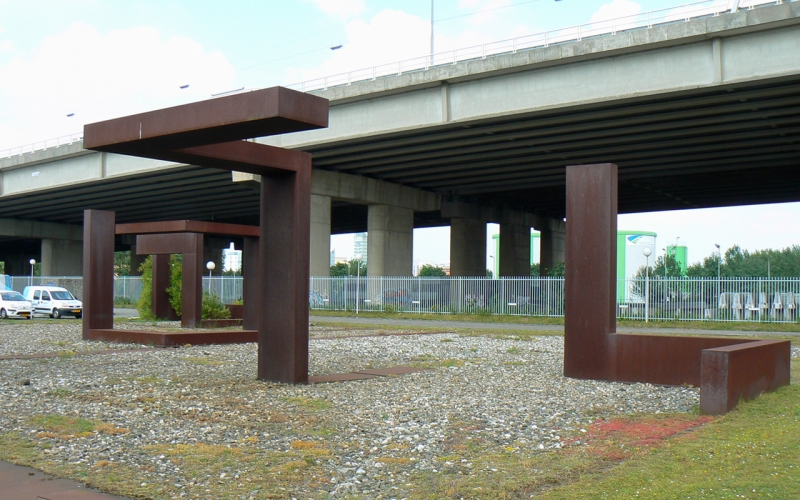 Volten was an artist who often constructed his works from simple shapes, such as the cube, column and sphere. He was progressive in his use of industrial materials. For example, he started working as a welder at the shipyard in Amsterdam-Noord, in order to be able to experiment fully with steel. With his sculpture he has made an important contribution to the development of art in public space in the Netherlands. Volten realized this work with a total surface area of ​​40 by 40 meters in the percentage scheme for the new construction of the Municipal Drinking Water Pipeline (DWL) in 1976, where Evides is now located. The project architect was the Dutch architect Wim Quist. The work consists of a series of eight hook-shaped corten steel objects, which are shaped and curved in different ways, creating an exciting three-dimensional work. The work is on Evides' own site, so it is difficult to see from street level. It is visible from the west side of the Van Brienenoord bridge.