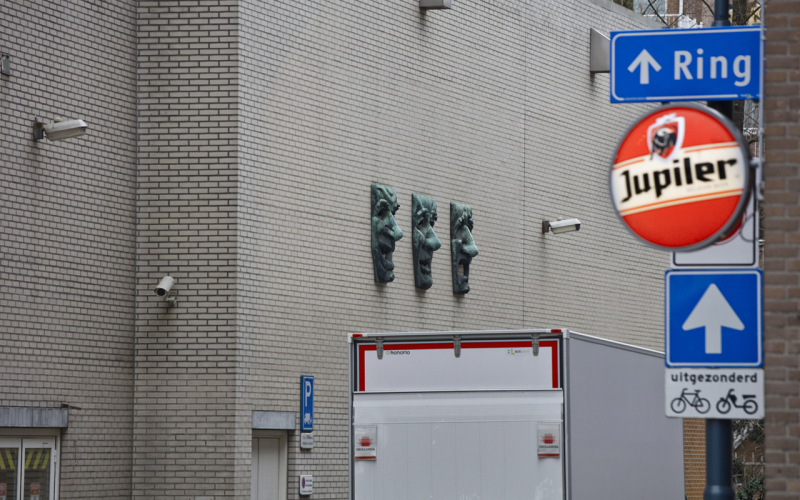 After the bombing, the reconstruction of the city started during the war. The construction of the emergency theater started at the end of 1941, where the first performances started in January 1947 after completion. The emergency theater was originally intended to be used for twenty years, but was only demolished forty years later in 1987 and replaced by Quist's 'coffin'. These three reliefs made by artist Han Rehm were beautifully displayed in medallions in the middle of the façade of the emergency theater. The masks depict laughing, watching and crying at feelings evoked in the theater. They have been preserved and placed on a side wall of the new Schouwburg on the Schouwburgplein in 1988. The original setting of the masks was much more beautiful than the current one, but they are a reminder of the old building and are part of the early reconstruction, which was an important time for Rotterdam.