Location: Voorschoterlaan 13, 3062 KJ Rotterdam, the Netherlands
Location: On walls and pillars on the inside and outside of the station, in the hall and on the platforms
Description: Colored abstract pattern with lines and color planes
Materials: Glazed wall tiles
Dimensions: Entire station
Year: 1982
Client: Municipality of Rotterdam (RET)
Money source: Percentage regulation
Owner: RET
Literature: 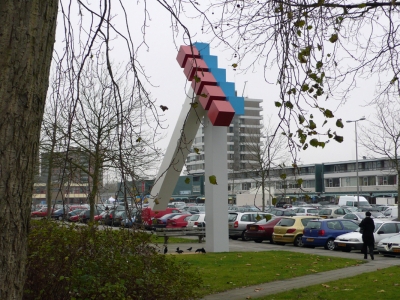 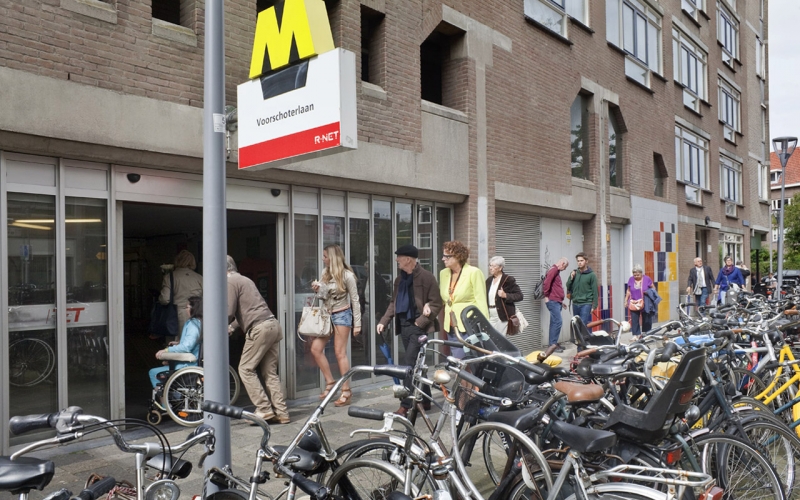 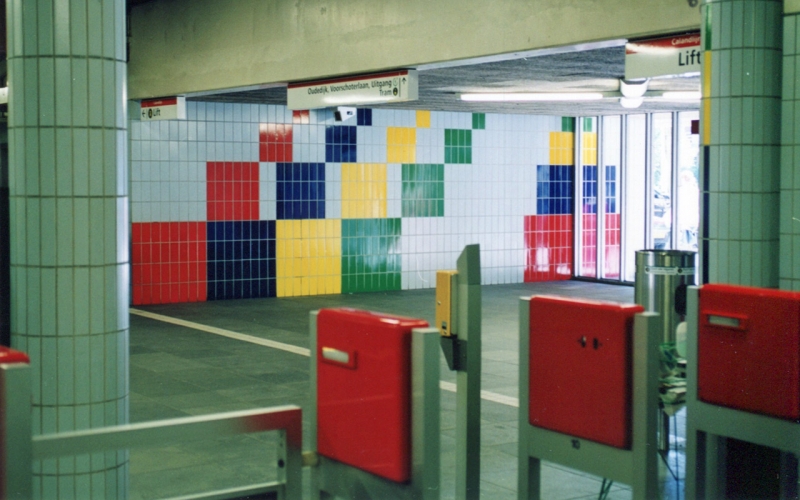 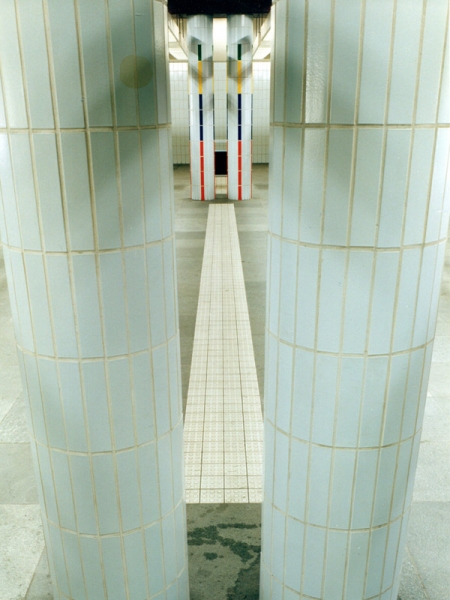 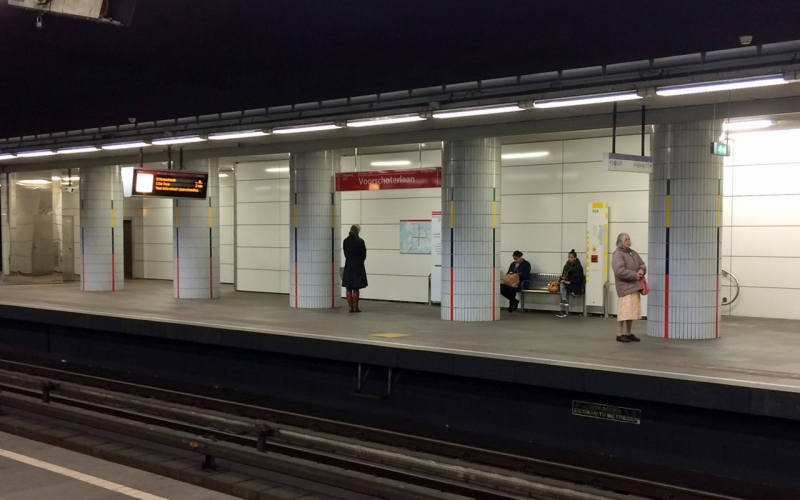 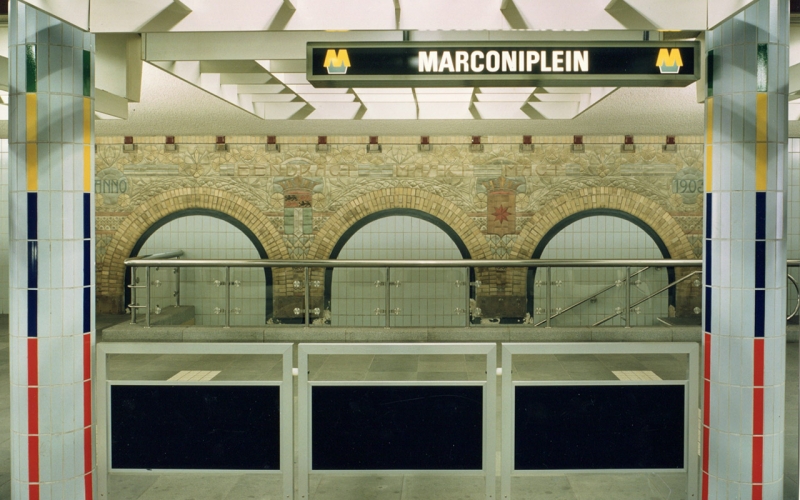 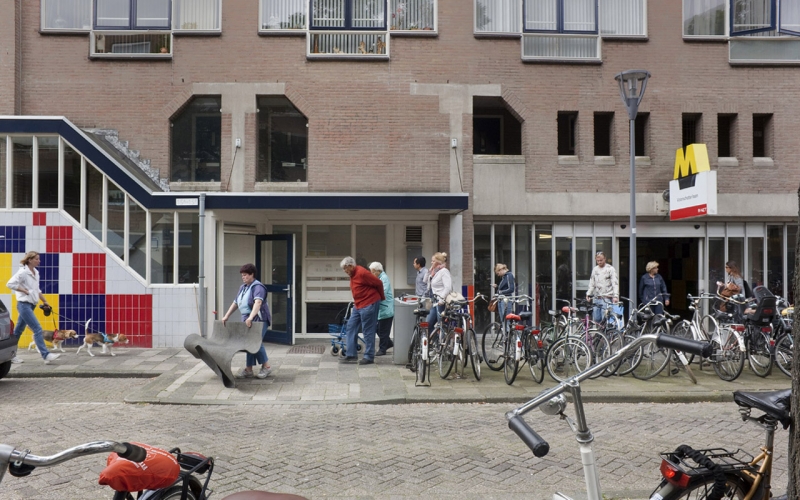 The above-ground hall of the Voorschoterlaan metro station is included in the residential buildings and the metro entrance can only be recognized by the M sign on the outside. The hall is also a passage between two streets. Three artists have made an artistic contribution to, in and at this station, but the application by Bob Bonies from 1982 is still intact and can be seen on the entire metro station. Bonies went for this assignment in consultation with the architectural office that signed the social housing around the station. He added color to the station by means of a colored mosaic of wall tiles. From the brick façade, through the further hall covered with gray tiles, to the round gray columns on the platforms. He designed a sleek color pattern with tiles in white, green, yellow, blue and red. The brick facades of the houses, decorated with white pilasters, are only partly tiled with red and blue. The light gray tiling of the recessed walls behind it is interspersed with red, yellow, blue and green tile squares.

Bob Bonies (The Hague, 1937) was educated at the Free Academy and the Royal Academy of Visual Arts in The Hague and Stockholm. He carried out assignments for, among others, the ministries of WVC and VROM, NS, PTT and various municipalities such as Amsterdam, The Hague and Rotterdam. He was an advisor to the State and various municipalities, as well as to the Arts Council. He was also director of the Free Academy in The Hague. Bonies was a member of the Liga Nieuwe Beelden.