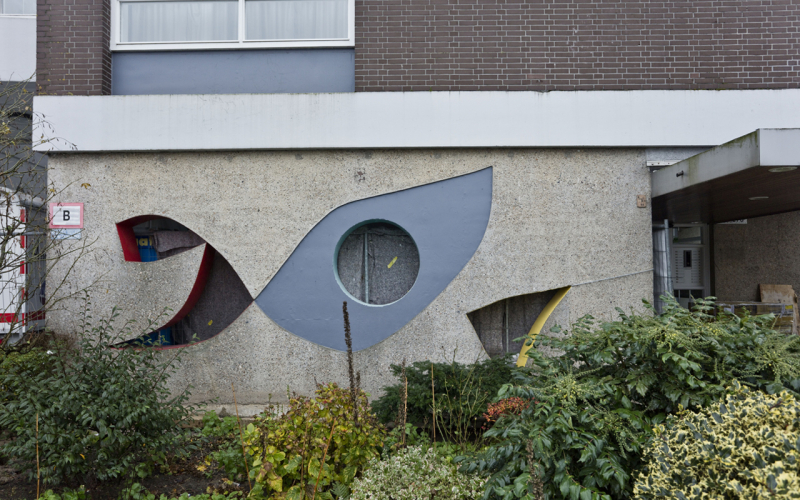 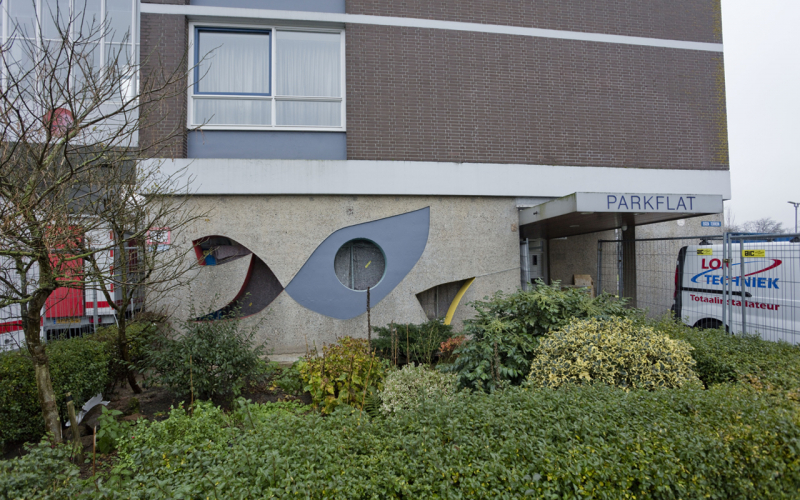 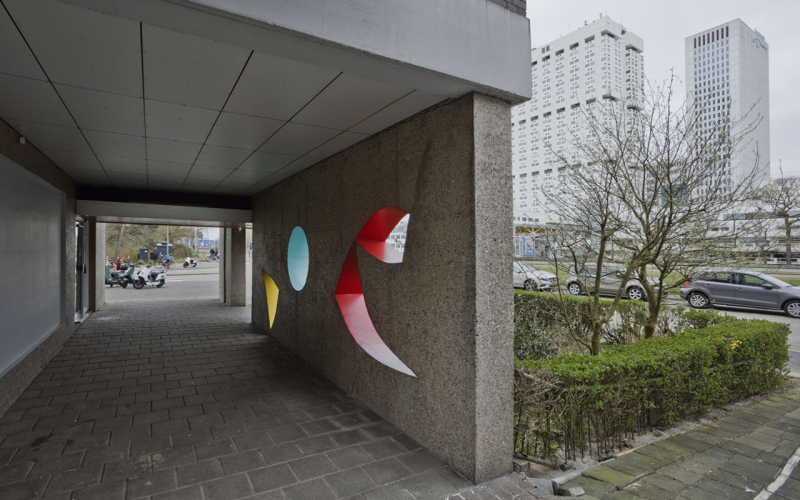 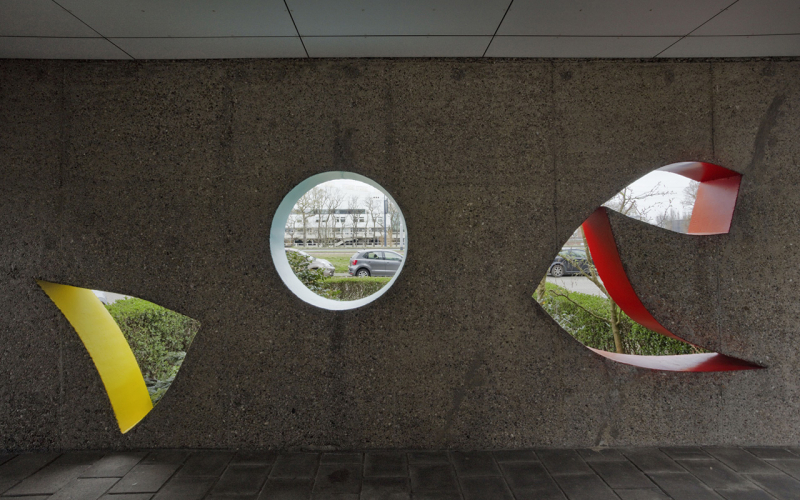 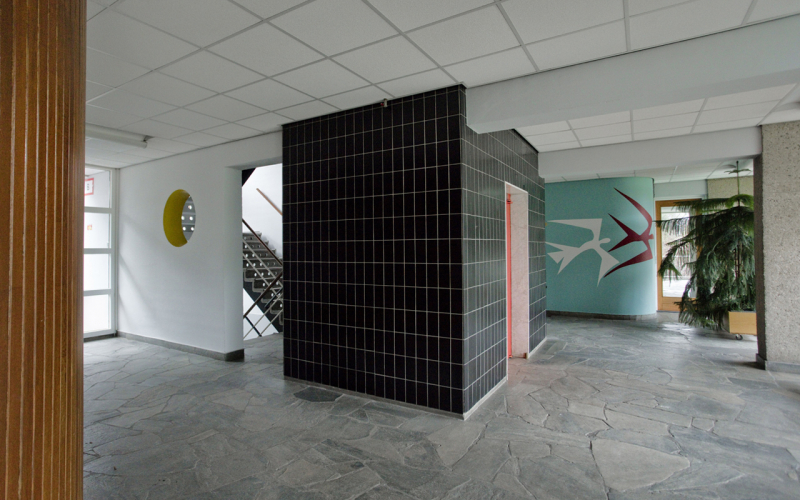 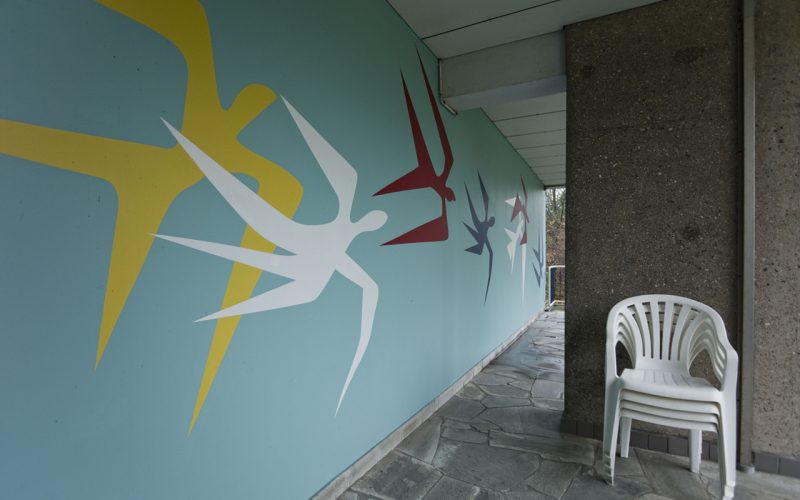 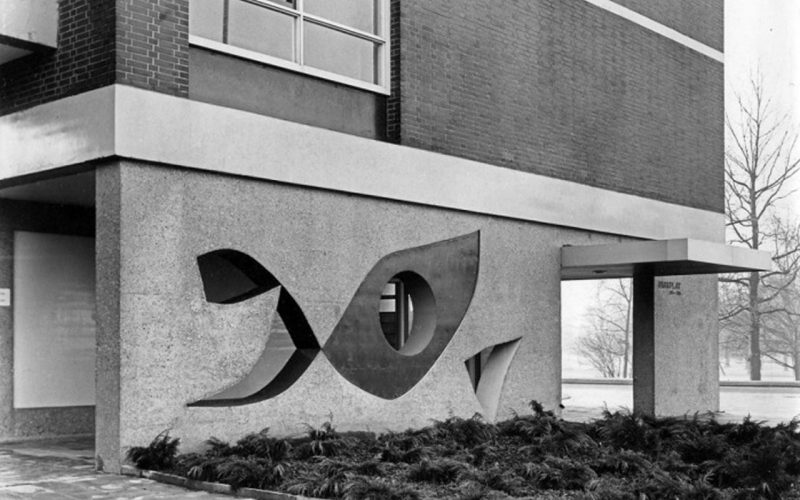 The Parkflat was built between 1949 and 1958 and has twelve floors. The apartment building is located on Westzeedijk and overlooks Het Park. Before that time it was a high luxury residential flat and it forms the end of the block on the Westzeedijk. The design is by architect Ernest Groosman. He asked Wim van der Weerd, who was also originally an architect, to create a monumental work at the entrance of the Parkflat. The work consists of three shapes and a painting. The largest shape is blue and is mounted on the wall. A circle is saved. To the left of it is a smaller shape, which is also recessed and painted red inside. At the bottom right is a small shape in yellow cut out. The addition of color creates depth in the work, but the composition itself is simple and represents a fish. Behind the wall with recesses is a wall with a large mural, on which figurative birds in different colors are applied.

Wim van der Weerd (Buiksloot, 1913 - Dordrecht, 1996) was originally an architect, working for, among others, the architectural firm Brinkman and Van der Vlugt in Rotterdam. Through his work he received various commissions for monumental mosaics, reliefs and wall paintings. Particularly from the 40s onwards, he painted many still lifes in his spare time, in which the admiration for the Cubists Pablo Picasso and Georges Braque is clearly echoed. He was commissioned to make the mosaic with stylized fish in the swimming pool of the SS Rotterdam.