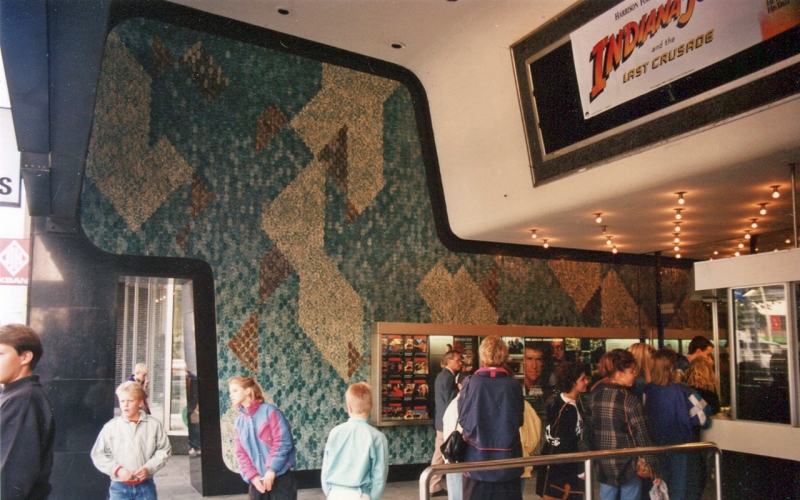 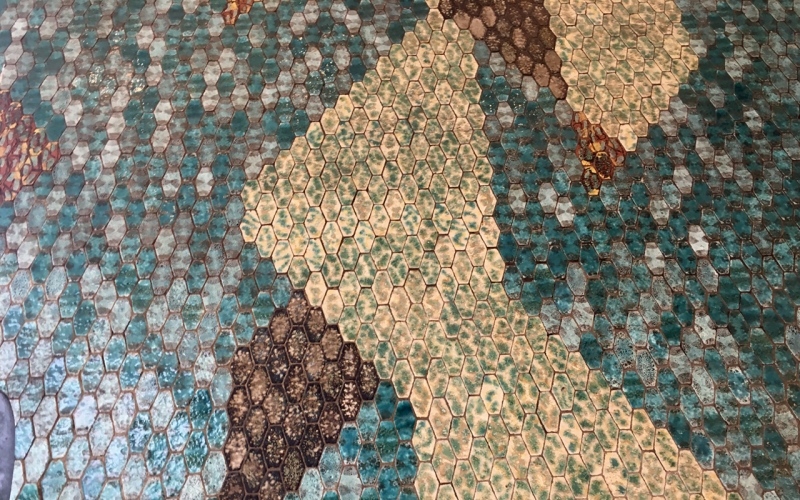 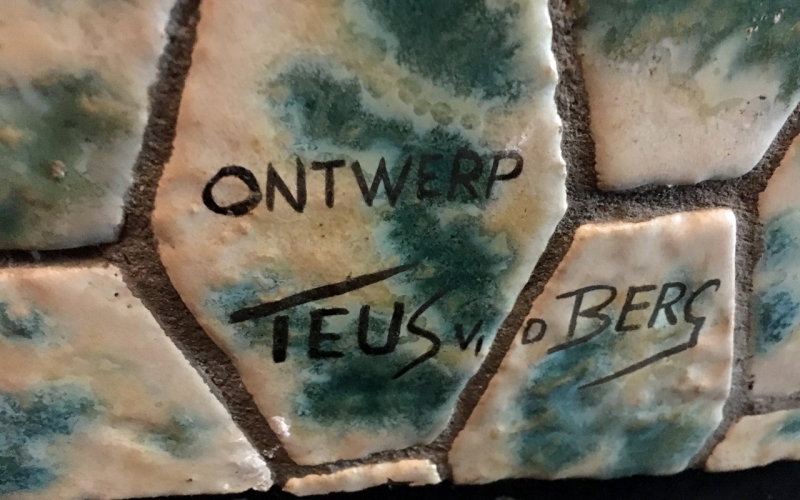 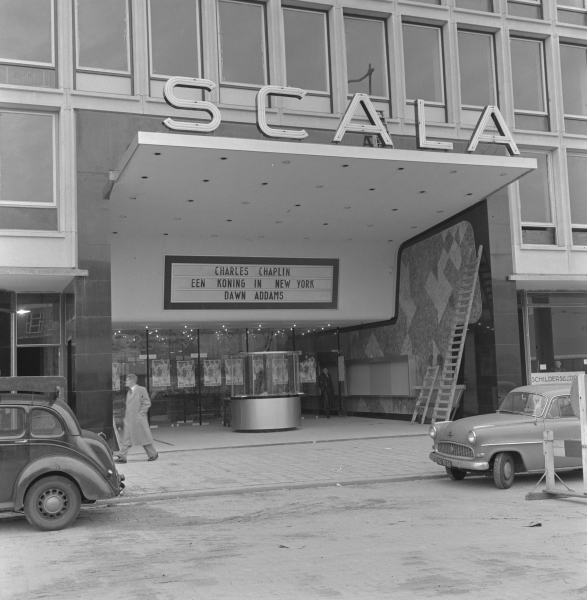 After the bombing in Rotterdam, the section between Coolsingel and Karel Doormanstraat was built on in the 1950s. In 1957 the office building with the Scala Theater was built to a design by the architectural firm B. Hoogstraten from Voorburg, who died during construction. His employee GE Lette completed his design. On December 12, 1957, the Scala cinema was opened and in July 1958 closed again, because the cinema was still in a remote corner of the center. The entrance to the cinema contains on both sides a colorful mosaic made by the Rotterdam artist Teus van den Berg. The two walls are covered with ceramic hexagonal tiles, made by De Porceleyne Fles. Van den Berg has made a beautiful composition that still gives atmosphere to the current cinema Cinerama. The facade of the building is a municipal monument, so the mosaic has been well preserved. In addition to his work for Cinerama, Van den Berg also produced a mosaic for the former Thalia cinema.