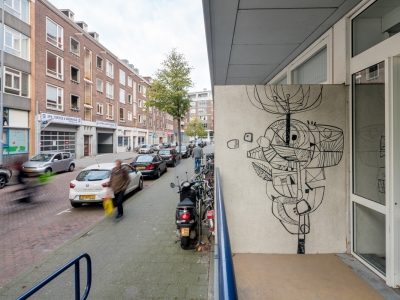 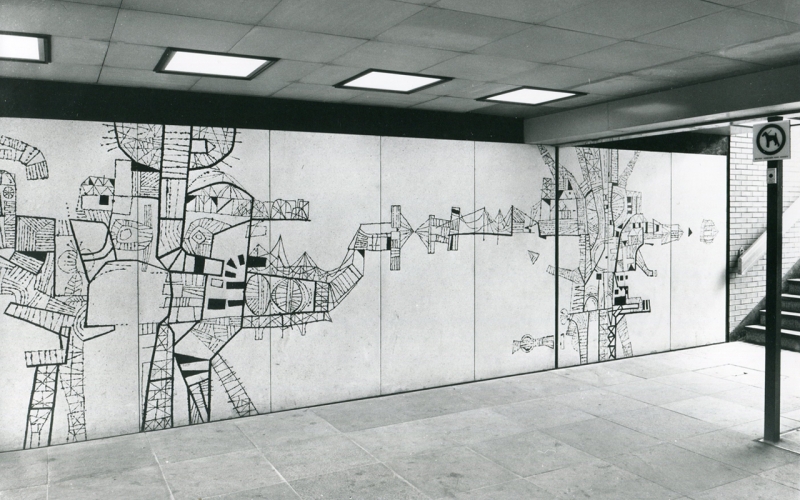 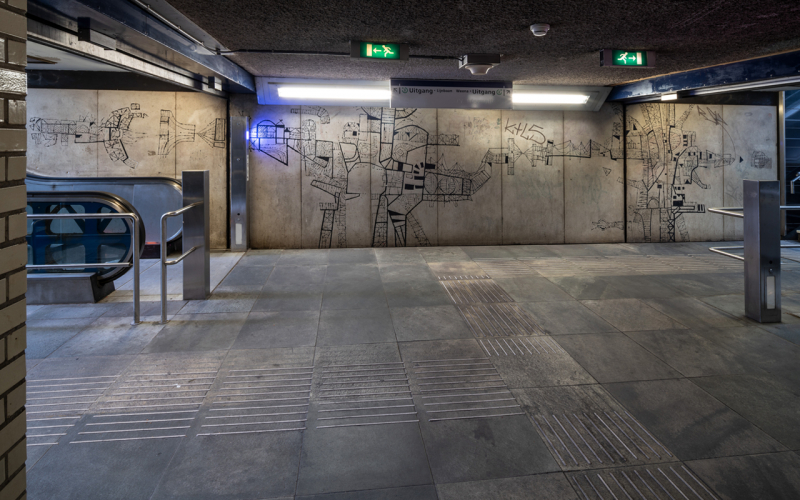 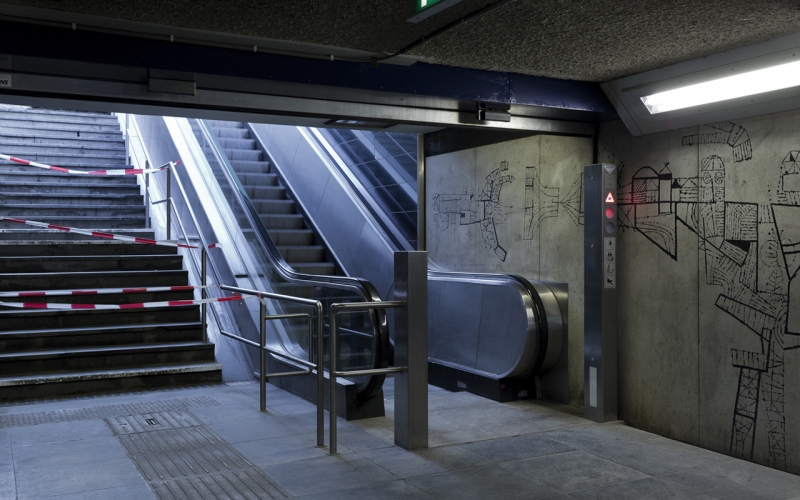 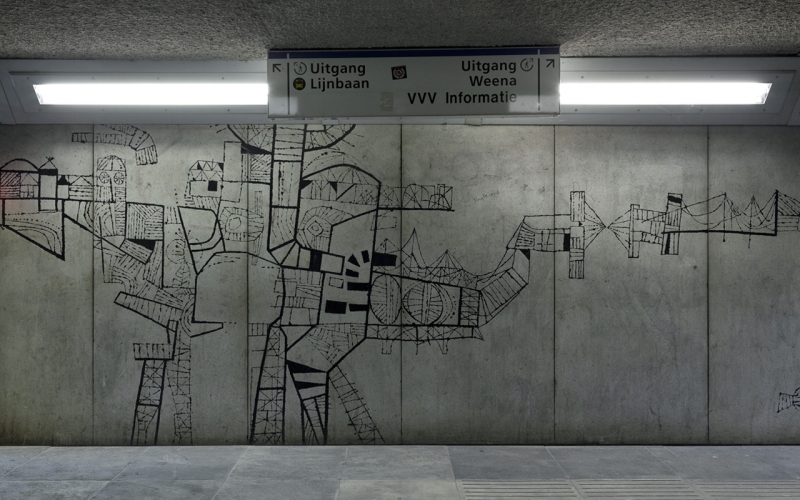 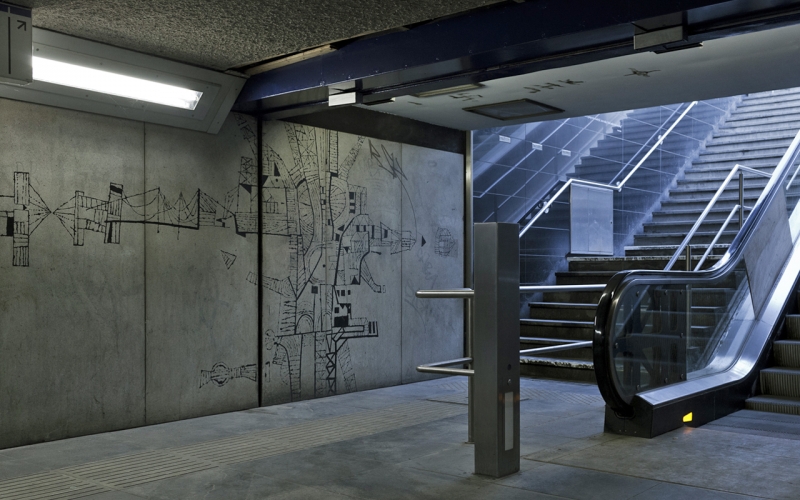 Stadhuis metro station has access on both sides of the Coolsingel. On the side of Stadhuisplein, a 'graphic wall' has been installed between the stairs, designed by artist Bouke Ylstra. Works that Ylstra made for a built environment followed as much from his free work as from the situation in the construction industry. For example, this wall has much of the spontaneous nervous 'writing' that characterizes his etchings from that period. In April 1964, the artist was first asked about the commission. In January 1965, however, it was decided that no art would be added to this station. In December of the same year, the assignment to Ylstra followed. Lines have been etched into the mirror-smooth polished concrete panels by the artist himself, which are filled with a deep black paint based on a two-component adhesive. They form two configurations that have something of statures. The linear writing has playfully taken on forms that cannot be precisely named, but which are evocative. With their tenuous force and their detailing, they are reminiscent of human or robot figures as well as schematic floor plans and lifting cranes, energy and circuits. The main shapes of the figures placed on the left and right are determined by thick lines, which are filled in and supplemented with thinner lines and a few black areas. From each configuration to the next something like an arm ending in a pointed end extends. The spikes almost touch each other in the middle panel. The wall receives a diffuse light from fluorescent tubes and light tiles in the ceiling and daylight through the stairs. Unfortunately, there are always strangers who give in to the tendency to add something to the performance.

Bouke Ylstra (The Hague, 1933 - Dordrecht, 2009) grew up in Rotterdam. From 1950 to 1954 he attended the Academy of Visual Arts in Rotterdam, where he later started teaching himself. He worked as a graphic artist, draftsman and painter, commissioned for buildings and for the built environment. A constant in his work was the portrayal of a somewhat fragile yet cheerful person, who holds his own in a world of geometry and who often does well, but still radiates a sense of clumsiness. Line predominates in his drawings.