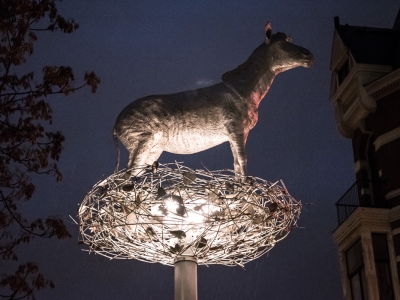 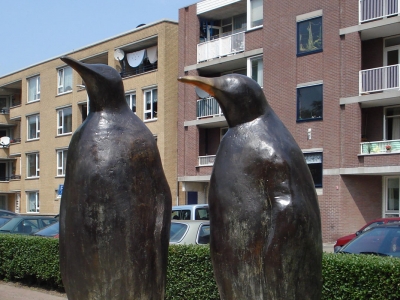 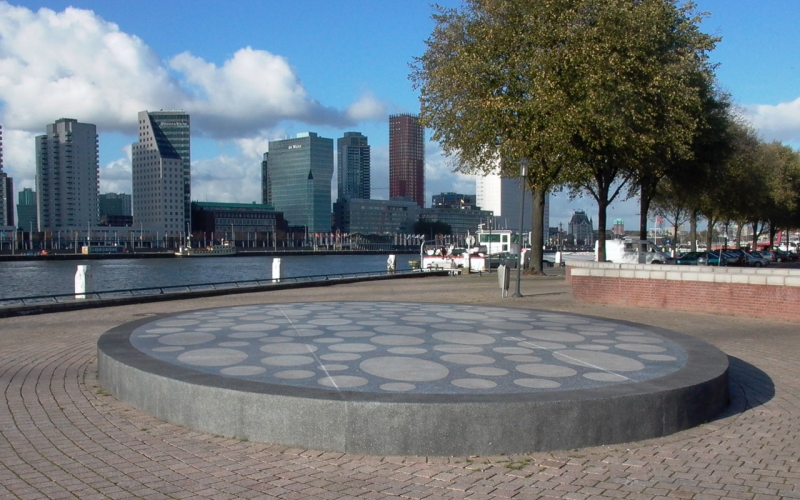 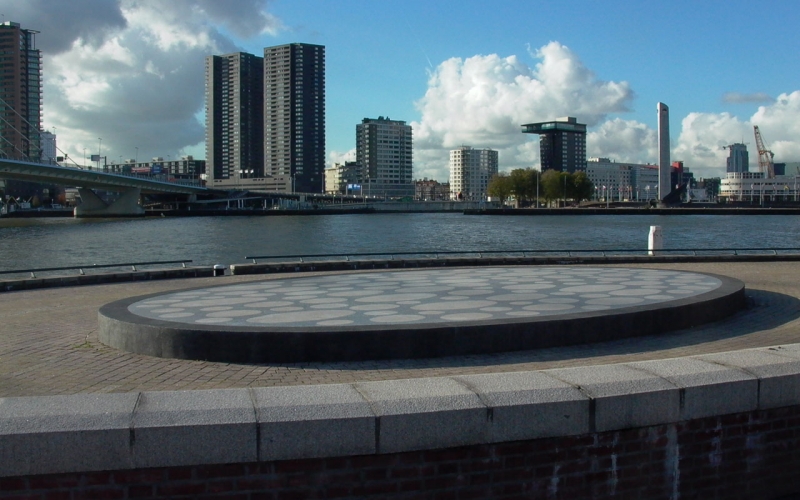 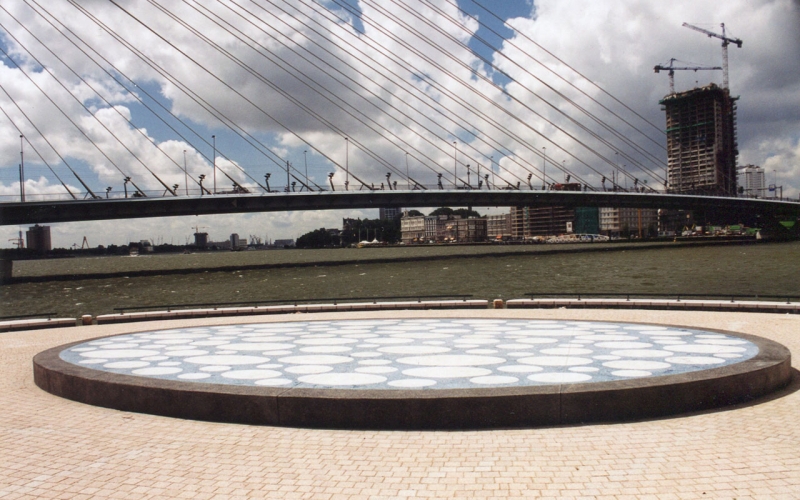 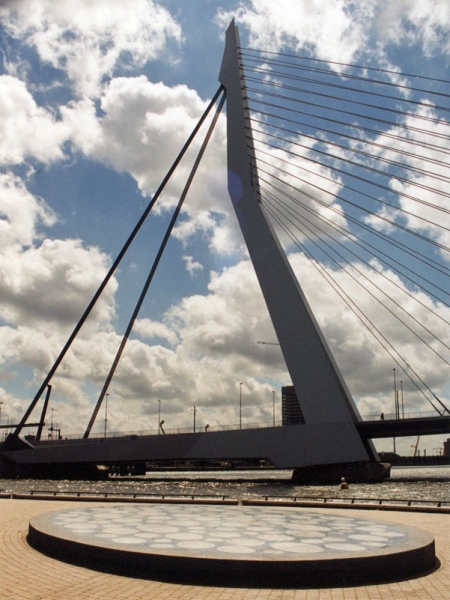 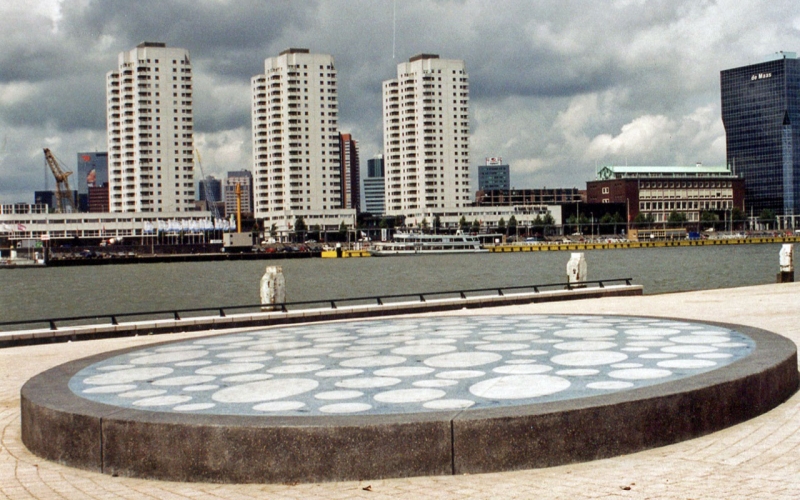 This work consists of a flat, slightly raised oval shape with a top layer of terrazzo and a pattern of a solidified concentration of drops of water, representing foaming bow water. The prerequisite for this assignment was that the artwork should not obstruct the view over the Maas. On the other hand, there was the desire of residents to give the place a certain intimacy. In addition, artist Herman Lamers had to deal with the redesign of the Prinsenhoofd, consisting of new furniture, a special paving and low brick walls. Spatially, the work has a major effect, because it puts the vastness in perspective. You can think of it as a water place within an island. Lamers says that with this work he wants to give autonomy to looking over the water. The work is part of the concept 'MS Noordereiland'by artist Joe Cillen, an idea where the entire Noordereiland is seen as a ship in the Maas.