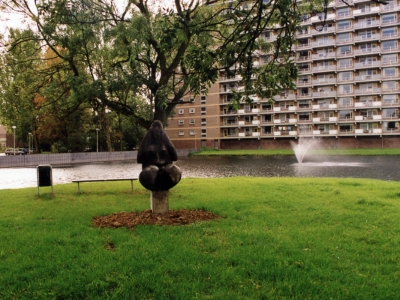 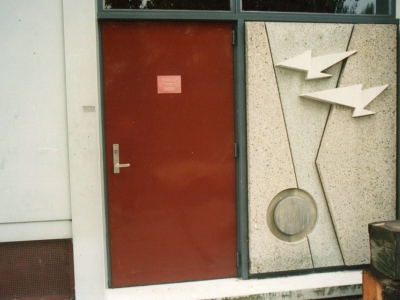 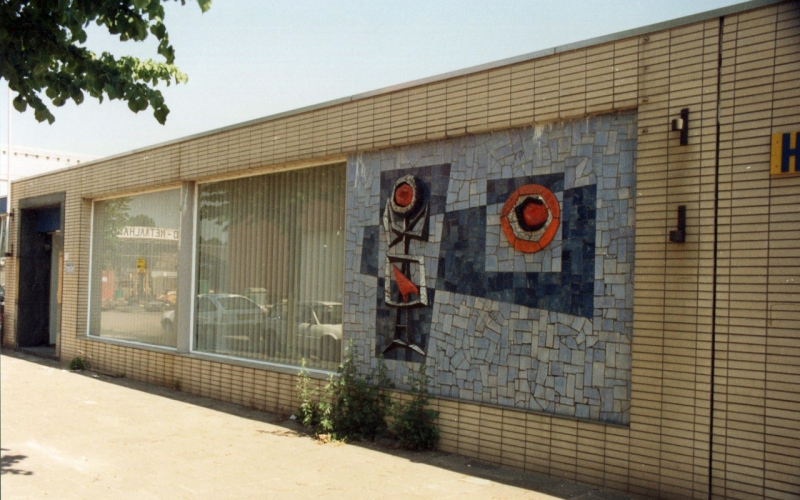 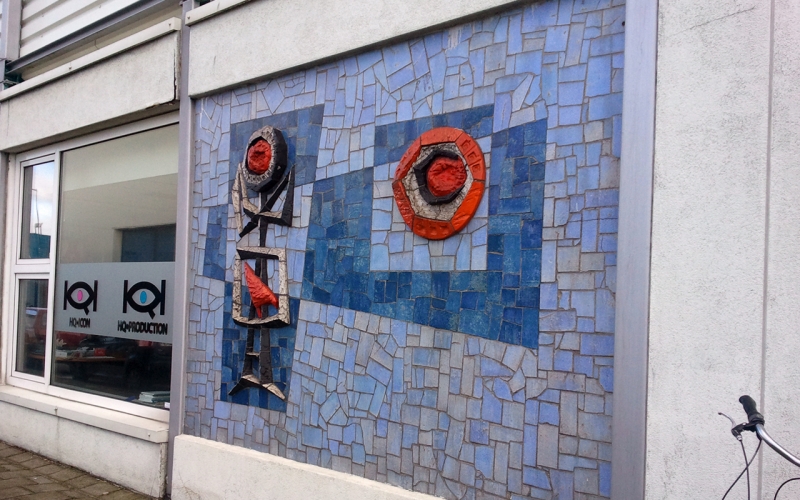 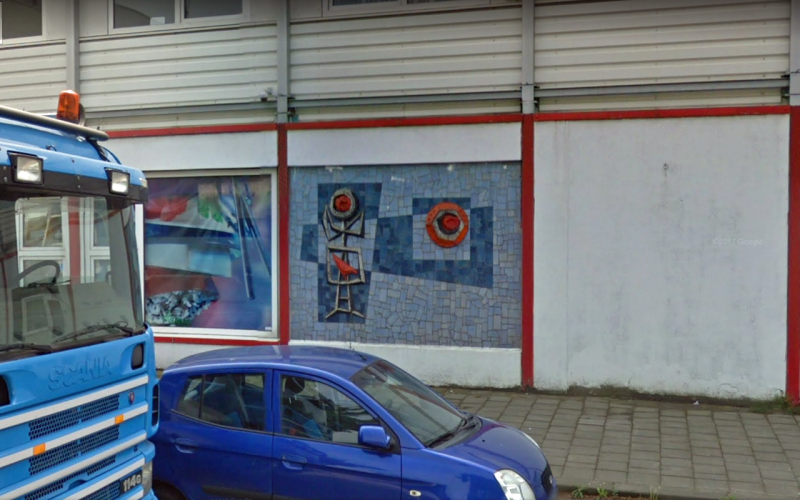 On October 29, 1958, the new office building with a showroom and warehouses of Braat Bouwstoffen NV was officially opened. The new building was designed by the Hague architects Hans Oud and Hendrik van Dam and it was built by contractor Hilgeman in Linschoten. In the new building, there are three large rectangular surfaces next to the entrance. The left and middle plane is a window, but the right plane is a tile mosaic in the colors blue, red, white and black. There is a lying cross with red circular shapes. The right circle is the sun. The left circle forms the head of a standing figure. The facade mosaic is thus called 'Solar Figure'. It is unknown who made the work, but it concerned an assignment for the construction of the building.

We do not know who the artist of this artwork is. If you know, send an email to n.post@bkor.nl.