by Dikkie Scipio Column during the book presentation of 'Sculptures. Embellishment in Rotterdam since 1940 ', 01.06.2016 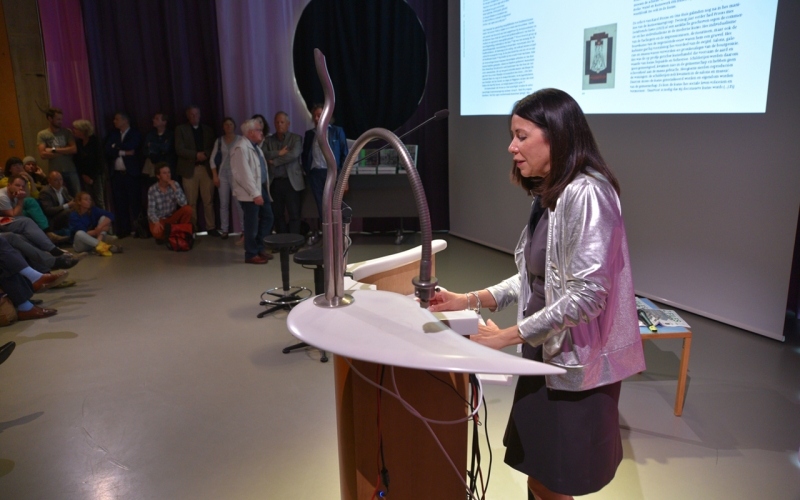 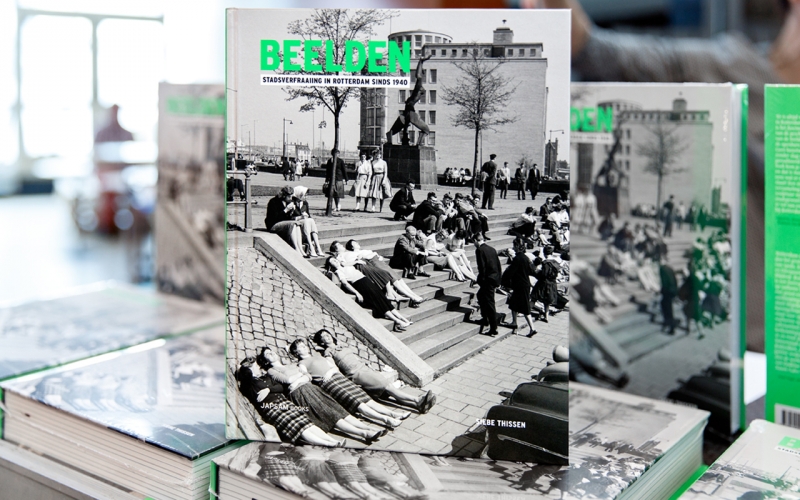 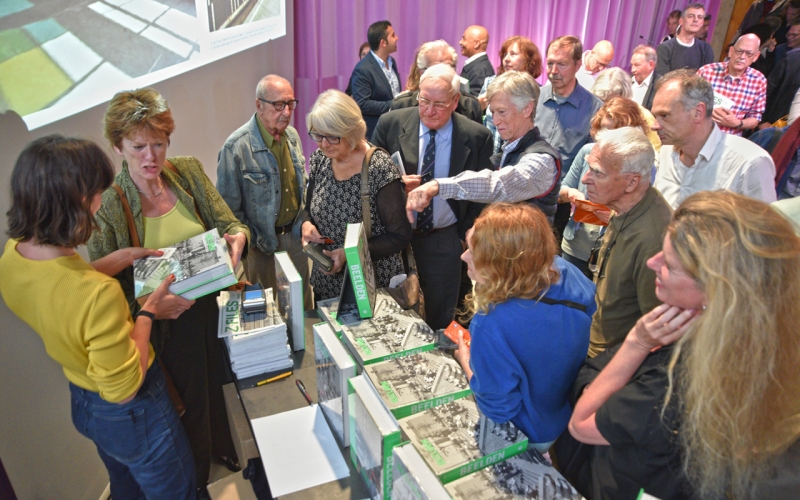 We find it natural that we walk around in Rotterdam in one of the largest sculpture gardens in the world. How special it is that we stumble over, lean against or sit on, sometimes world-famous names that give meaning to our public space, how special it is that we have the right to be against or for the placement of works that other cities can only dream of , we don't seem to know about that.

Siebe Thissen has ensured that there is now a beautiful overview work through which we can oversee the wealth of visual art in Rotterdam in public space and place it in its context, socially and historically. Browsing the book filled me with pride. I see it as the grand finale of an era as our concept of public space is rapidly changing.

Where openness used to indicate the space that is not private and the facades and entrance parts of the buildings were sometimes entrusted to the artists as edges of the public space as the artist's enormous gesture, the hard line between public and private is now slowly blurring. A new generation has arisen that no longer pursues property. Not from a political ideal but from the idea that it does not see the meaning of the usefulness of property. It is the backpack generation that was brought to school in the morning with the announcement that they would be picked up by their father, their neighbor or their grandfather's third wife. It is a generation growing up in prosperity with the knowledge that everything is always present but not in one place and not in ownership. It is a generation that takes sharing for granted and is not impressed by ownership. The line between private and public disappears. The emergence and popularity of Uber, Airbnb and Greenwheels are the result. Even Porche currently has a sharing program!

This also has major consequences for the perception of the idea of ​​public space. Namely, when the concept of possession no longer indicates the harsh separation between private and public, where does public space end? Does that end at all? The creation of the first POPs the Privately Owned Public spaces are already a fact. As far as I know, the visual arts now react to this new public space as if there is no difference, but it cannot fail to happen or there will be a reaction.

Another exponent of the new sharing is the sharing of knowledge. Whereas knowledge was previously a private good that was tradable, we have now become accustomed to a knowledge and network society in which it seems that we have access to all knowledge for free. What we have overlooked, however, is that it is about intellectual knowledge, not the knowledge and experience that we have to undergo physically to master a craft.

Now one of the things that is so special about artworks in public space is that they are very well made. That must be, because whether they are free or part of a building, apart from having the right physiognomy, the right appearance, they must also be able to withstand the nurturing of the public and, moreover, survive our climate. Also, the images often have a scale that is such that if they are not properly constructed they would fall over or collapse under their own weight. In the making of the works, therefore, apart from exceptional artistry, great craftsmanship is also required.

A lot can always be said about the meaning of the works, but the skill with which the works are made has long been taken for granted.

How wrong that is is shown by the enormous shortage of real professionals. There are hardly any masters who have mastered the skills of, for example, glass blowing, the processing and casting of metals, the processing of leather, the many types of processing and application of natural stone, baked stone and concrete and the making of fabrics, lace and patterns. , etcetera. The list of endangered crafts seems endless.

It is serious business because to actually master a craft, it sometimes takes up to decades of practice and patience. That the need is great is shown by the fact that various multinationals now have programs in which they are looking for real craftsmen. Often older and sometimes even very elderly people are hired so as not to lose their professional knowledge and to pass it on to young people who rediscover the value of the profession. Crafts that are often necessary to make a good work of art.

I am grateful for the fact that Siebe's book contains numerous photos of artists at work. It makes clear the importance of craftsmanship. It is often the artists who have ensured that some knowledge is not lost. Let us be particularly aware of this. Without craft there would be no art in public space.

The timing for the book Sculptures publishing couldn't be better. It creates awareness of the quality with which we are used to surrounding ourselves and hopefully also respect for the skills needed to achieve this. It also shows us our attitude towards public space, in which visual arts is the discipline that helps us understand how many ways the world, as the ultimate public space, can be viewed. Right now this world is changing very quickly and we are there to experience this. Is not that great?