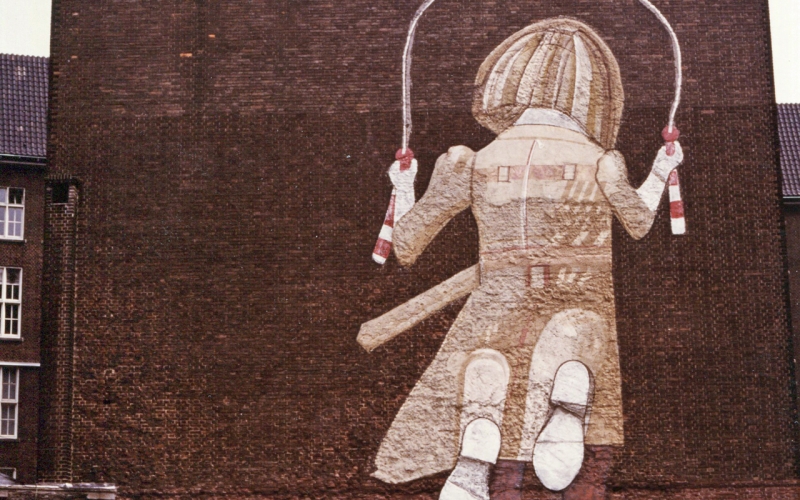 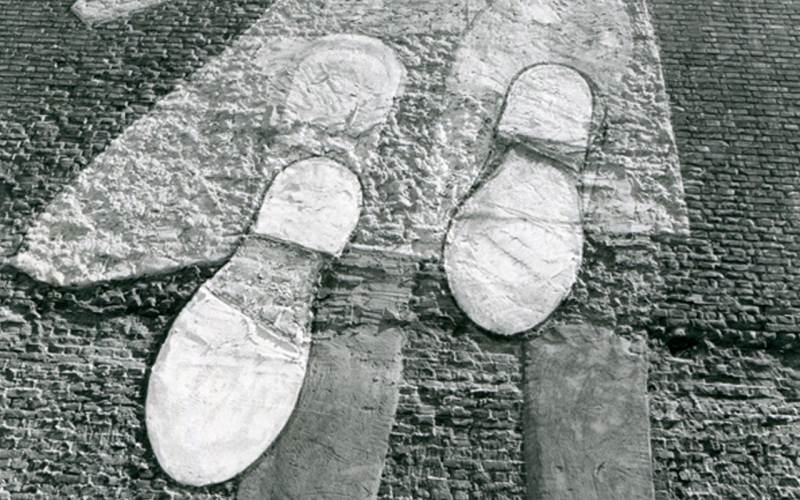 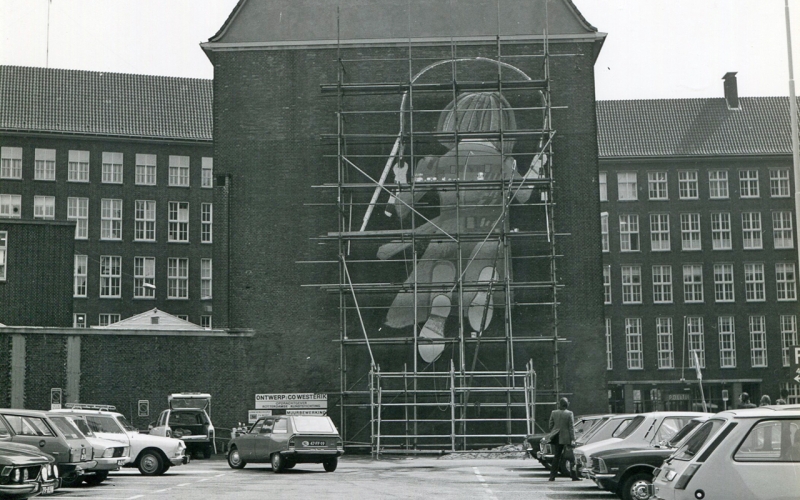 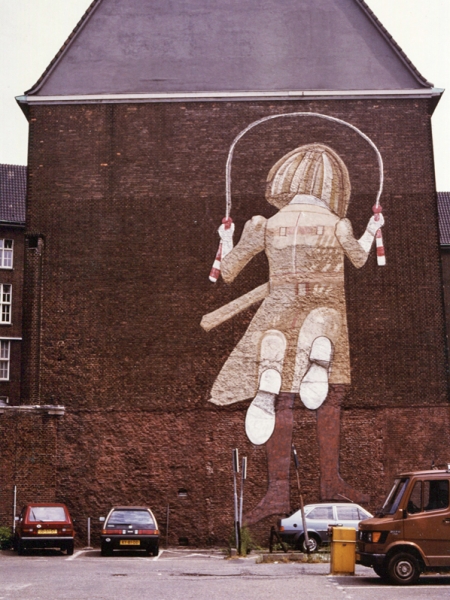 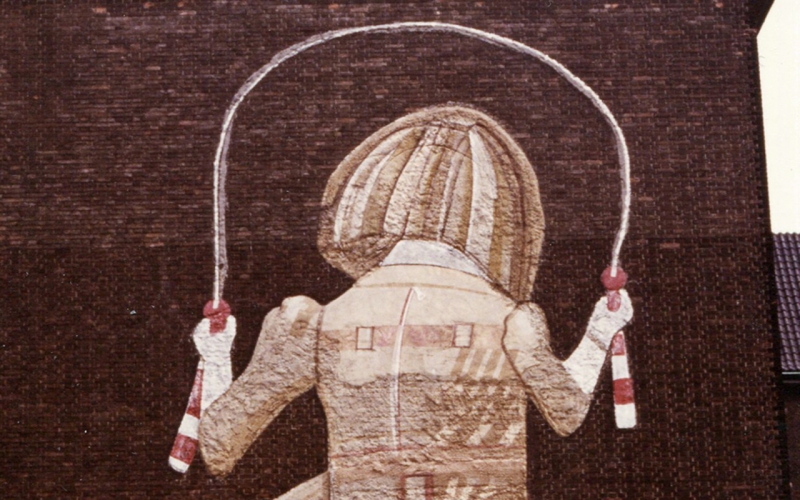 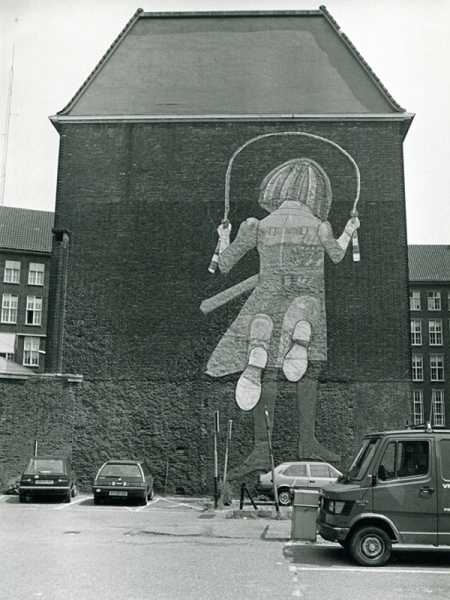 “I always hear that: could they not have saved her? They tried that. They wanted everything. Peel the painting off the wall, as they do with invaluable frescoes. All they invented proved too expensive. Moreover, it was agreed beforehand that it would be a temporary thing. But when that bullet went through her back I really had a lump in my throat. A colossal case, that wall. Seventeen meters, eight floors high scaffolding. Did you stop there, you could see nothing. To god you didn't know what you were doing in that place. So I directed my assistant from a hundred meters away from it with a megaphone that he had to put on the wall points. With crayons that went first points and then the yellow lines. To release the idea coming from the wall, I thought that had to make a mason bosses. That the back would bulge, the legs, the feet. Also among the skipping rope was a cement line. Hank Smith has done so, one skilled in the art. The wall was indeed still be clean. It had stayed just outside the fire during the Rotterdam fire, but had become porous and full of soot. When the cement so on was we continued with the painting. Thirty years ago, again. She also sat there so nicely on that blank wall of the police station. If you walked on the Coolsingel Hofplein, squeaked the girl immediately after the town hall on the right appear. When the painting was taken down, it got big on the news. The councilor with such builders helmet, sitting in a cab of a machine breaking ball serves and then broke the little back of the girl. Yes, that does something to you. ”

An interview with Co Westerik in 2007 for the book Nice from far. Murals in Rotterdam written by Siebe Thissen.