The Saint of the Plastic Bag 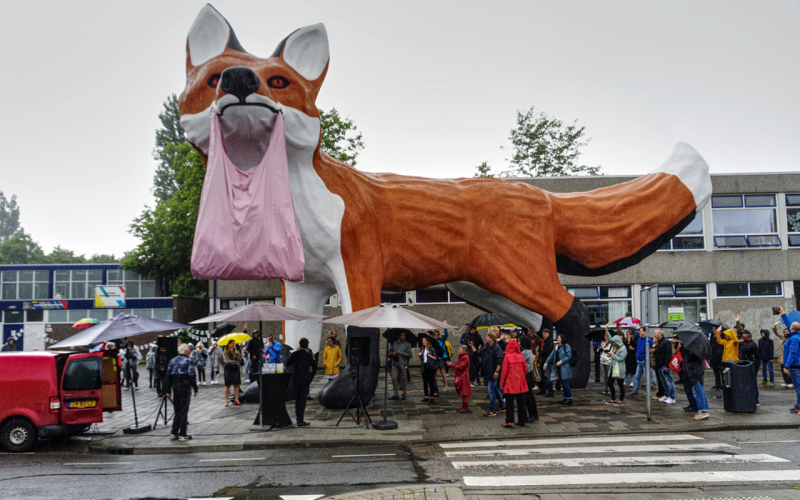 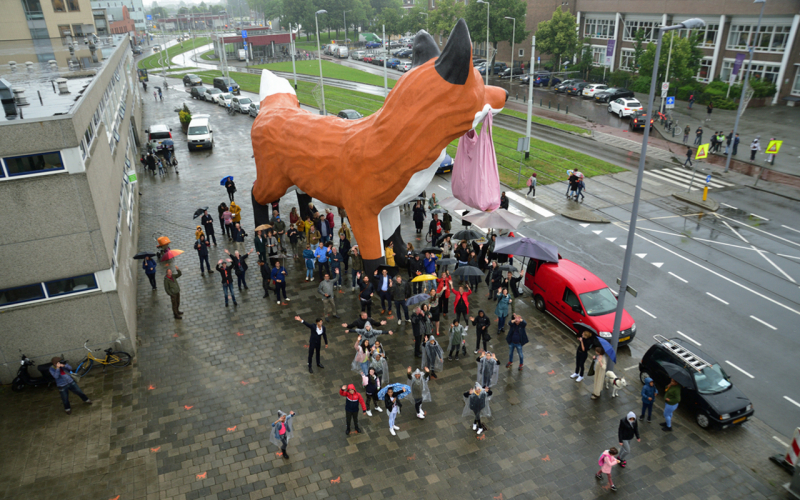 When I think of the plastic bag, I see my mother at the Saturday market, her hands pinched by countless handles. Bags filled with tomatoes, zucchini, peppers. Bags full of cheese, squabbling and spring rolls. Bags of strawberries, pineapples, plums, cherries. The weight of the groceries is almost heavier than the little Indian woman, but she is incredibly strong. Every Saturday she goes to the market at four o'clock in the afternoon, when the merchants want to get rid of their fruit and vegetables. Twenty mangoes for five euros. They are dumped in two plastic bags and my mother continues to the next stall.

At home, the groceries are placed in the refrigerator or fruit bowl. The plastic bags go into a cupboard and are reused as a pedal bin bag, saddle cover, shower cap, cling film, bib, dishwashing gloves, overshoes, scarecrow, leak trap and fly swatter. Some people are creative with cork, my mom is creative with plastic. She even once wrapped a gift in a purse from the market. My brother was invited for a birthday and asked if my mom had any wrapping paper. "This is the wrapping paper," she said, pointing to the mint green plastic bag wrapped around the water gun for the boy next door.

When it comes to reuse, my mom knows a thousand and one surprising uses. Maybe my brothers and I had come into the world because the plastic bag can also act as a condom. Not a hundred percent guarantee, but Durex does not give that either.

January 1, 2016 is the worst day in my mother's life. On that day, the ban on free plastic bags went into effect. Suddenly she was no longer carrying a bag. Not with the cheese farmer, not with the mango seller, not with the women who sold fish. The ban was intended to increase consumer awareness and contribute to sustainable behavior. My mother didn't understand it at all. If one person dealt with plastic bags in a sustainable way, it was her. Now she had to pay twenty-five cents for a bag. The first time a market trader mentioned that price, he was just not strangled with a plastic bag. Murder weapon, that could also be it.

After my mother recovered from the short circuit in her head, she saw the potential of the plastic bag. Each bag was worth twenty-five cents. At home she started to search her cupboards and when she found all the copies, she walked out the door and roamed streets and parks. A prospector in the city. Who saw her walking down the street during that period saw a huge cloud of bags. My mother, the Saint of the Plastic Bag.

Our house turned into a plastic soup that makes the Pacific pale, but my mother thought she was getting richer. Maybe she was secretly hoping to become the very first plastic bag millionaire. Ten bags were 2,50 euros. One hundred bags 25 euros. Ten thousand bags 2500 euros. When I once complained about the mess in my parents' house, my mother shook her head frantically. "This is not a mess. This is your legacy. "

When I think of the plastic bag, I see my mother amidst clouds of polyethylene, and I see many other women in the city. Their hands tied in handles, their backs bent from the groceries. They walk down the street with small steps, dragging not only fruit and vegetables, but also the burden of their lives, their families, their children. When they shuffle and look up the Schiedamseweg, they see an image that has been created for them. Florentijn Hofman brings with it Forest fox an ode to the plastic bag. It measures no less than four meters by four and a half meters. The first time my mother stood before the statue, she did not see the fox. She only saw the bag.

"Which fox?" she said, looking at the plastic bag.

Some people walk to Santiago de Compostella, others go to Bodghaya, Mecca or Graceland. My mother's lifelong pilgrimage had led her to Delfshaven. I saw a tear roll down her cheek. Her lips moved, and I expected her to mumble something like, "Now I can die." But my mother said, "I want that bag."

"There is nothing in it," I tried. But she didn't care. She was concerned with the bag. The bag of bags. The bag that makes all other bags unnecessary.

Nominated by Ernest van der Kwast at the unveiling of the Forest fox on Wednesday, July 8, 2020.