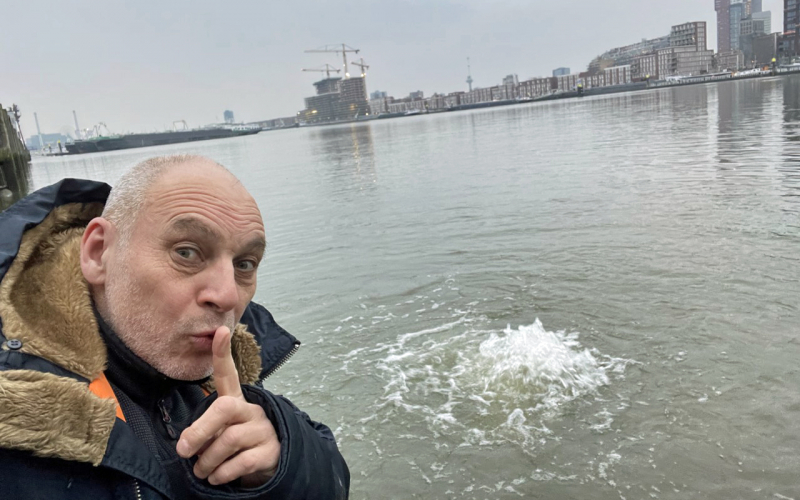 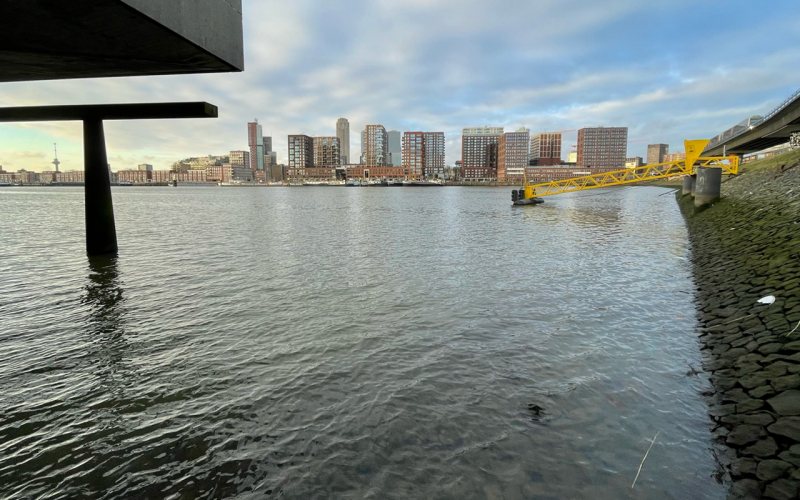 In January 2022, during yet another gloomy lockdown, Rotterdam bounced off an optimistic news report: the design plans for the Nelson Mandela Park had been approved. The Maashaven will be partly filled in and filled with a green park with walking paths, trees, lawns and two high hills with a wide and powerful view over the water. In the pastel-colored computer drawings, the park is a picture of eternal youth, light and bright, where people are drawn strolling and relaxing. The street side will become a lively city boulevard, according to the media, and a square in front of the Maassilo will provide space for events.
The news was enthusiastically applauded by residents of the neighboring Katendrecht, where advancing new construction is chasing the last greenery, and people have already made walking plans on Facebook to combine this with the almost adjacent Rijnhaven, where a park has also been promised, and where an unusable park has already been created. fake park bobbing around.

The Nelson Mandela Park will be embedded between the industrial heritage of the Maassilo and the robust above-ground metro line, a rough edge that fits into the residential marketing of a tough city with guts. Indeed, it is audacious to use the name of human rights activist Mandela on this front of a population policy recently denounced by the United Nations as a violation of human rights. The UN spoke out against the demolition of the Tweebosbuurt behind the Maashaven. It increases people's poverty and vulnerability, a UN special rapporteur ruled in 2021, and can lead to homelessness.
Park and demolition go hand in hand in the area plans, whereby the park is not so much there for the current residents of Feyenoord or Charlois. The park plans and colorful murals are already warnings that a new kind of city for new people is coming here. That deserves an artistic award, concluded artist Jeroen Jongeleen, and he came up with a prestigious work of art: a fountain. North has, among other things, the Hofplein fountain, Feijenoord had at most once claimed the fountain at the Spanish Steps in Rome. On February 13, Jongeleens Fountain Maashaven unveiled, located in the corner near the Maassilo and the jetty for water taxis. It will be given a stainless steel pavement tile with title information and will be included in the International Sculpture Collection of Sculpture International Rotterdam, between the sculptures by Picasso, Zadkine and Atelier van Lieshout.

It is a fountain that sprays with a somewhat varying choreography. Sometimes it simmers gently above the water's surface for a few hours, other times it produces a jet of water of at least two meters, according to Jongeleen. Only when exactly it is active, and to what extent, that is unknown. There is a good chance that those present at the unveiling on February 13 will be looking at an unmoved body of water, with the fountain just as invisible as the entire Nelson Mandela Park. For now there is only a puddle with floating waste, on a mossy quay where at night in the dark rats the size of a house cat dart back and forth.

The fact that the fountain is so unpredictable is because Jongeleen did not design it herself. When SIR invited him to intervene in this neighborhood, and he wondered how on earth you can make art that is not encapsulated by the gentrification policy, he discovered that there is a water drain here that occasionally spouts water. This makes Fontein Maashaven an objet trouvé, which sounds très chic, fitting for the art boulevard that SIR extends from the center to South, along the Maashaven, in accordance with the urban development plans. You can also link the fountain to the 'Fountain' by Duchamp or Von Freytag from the time of dada, the urinal that is the most famous objet trouvé in art history.

Or you call the fountain guerrilla art, less chic, implying that you loot weapons (water drainage) from the enemy (urban development) and use them against him in protest. But just as the anti-art of Dada has been museumised, and art sprouted from graffiti is taken up in the outdoor area under the heading of street art in city branding, all artistic resistance is eventually rendered harmless. As an artist you have to be careful, Jongeleen knows who lives in Charlois, where house prices rose faster in 2021 than anywhere else in the Netherlands. It is too expensive, artists can no longer settle there. But doing nothing also helps nobody, so Jongeleen decided to ask kindred spirits from the US and Europe for clandestine and anonymous interventions, with zero communication, in which a resident may see poetry, but for which an art tourist from North will never cross the Erasmus Bridge to South. .

Corona sowed a spanner in the works, but the question remained: can you escape the machinations of the city as an artist? By being invisible? Or are there other ways? We can't say anything about invisibility for obvious reasons, but in any case, Jongeleen seems to be using a different strategy: ugliness. In recent years he chalked political slogans in black paint on white banners on fences and painted black smileys and points scores on electrical boxes and concrete obstacles. This cryptic point system encourages people to experience the city as a game with its own rules. Because only then can you avoid the defining narratives from above, only then can you appropriate the city. If no one knows the rules of the game, you are in charge of how you experience the city. No one else.

It's pinpricks, a rearguard action, dwarfed by the smiling advance of urban development that art washing commitment and greenwashing: according to the press release, Nelson Mandela Park also has a climate function. It is used to collect water, it says, as if there isn't just a huge water basin here that does nothing else. The green also serves for heat resistance due to CO2 emissions. That is indeed useful because it is precisely construction activity that creates CO2, and the construction plans in the area around the Maashaven are uncountable. No art can cope with so much unintended irony.

But as long as the Maashaven is still a mossy quay and poor neighborhood residents apparently do not need parks, this area will remain a drain where waste floats, where an occasional fountain coughs up water, as if it is simmering. A punk version of a fountain, it is asymmetrically located, unpredictable, an expression of incongruity, a celebration of the crumple zones being smoothed out. If this conceptual artwork is to represent a fountain, then as an ode to the city of the fringes. A conceptual punk fountain, that sounds so nice and metropolitan bold that it would fit into development plans, but that can be difficult. Because this fountain is located exactly where the Nelson Mandela Park is drawn. If the park comes, this fountain will literally go under. Sacrificed to progress.