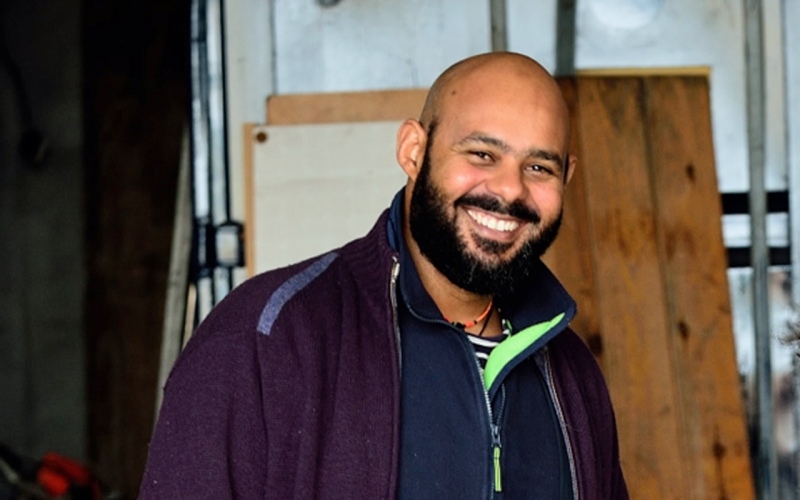 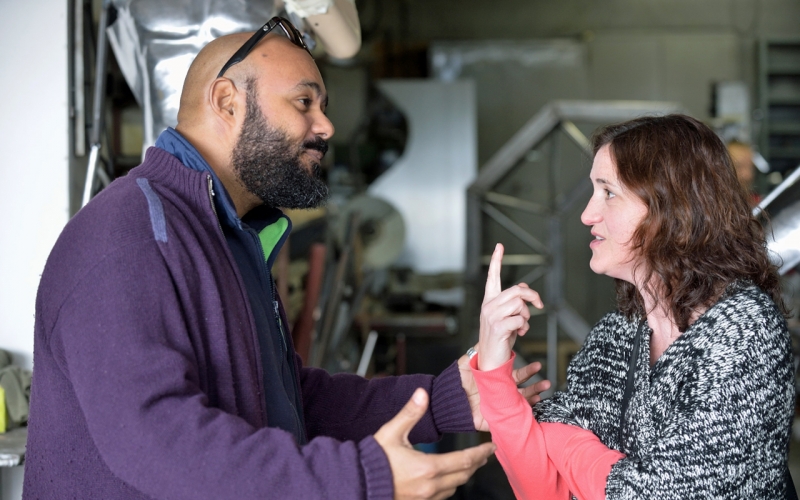 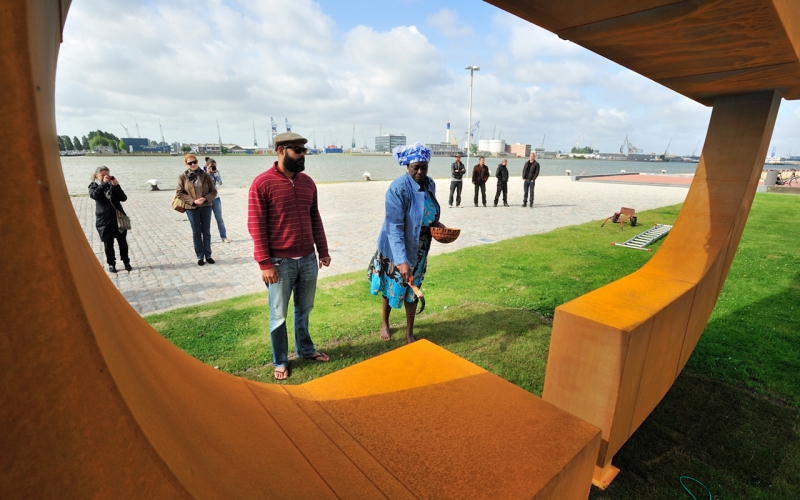 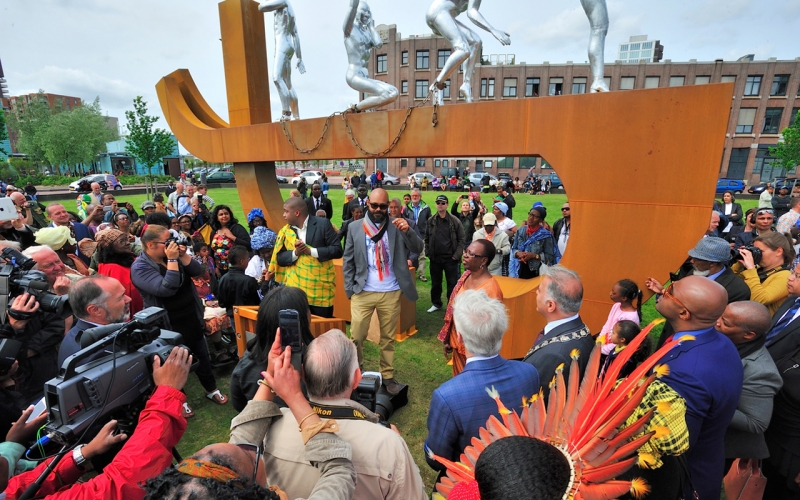 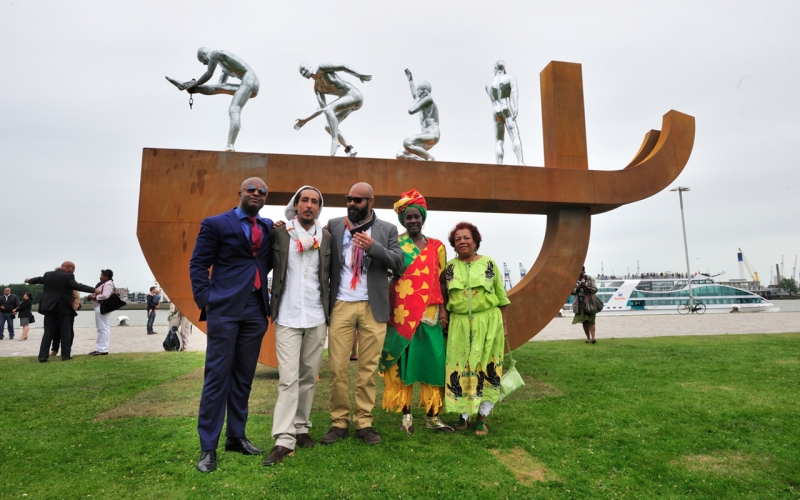 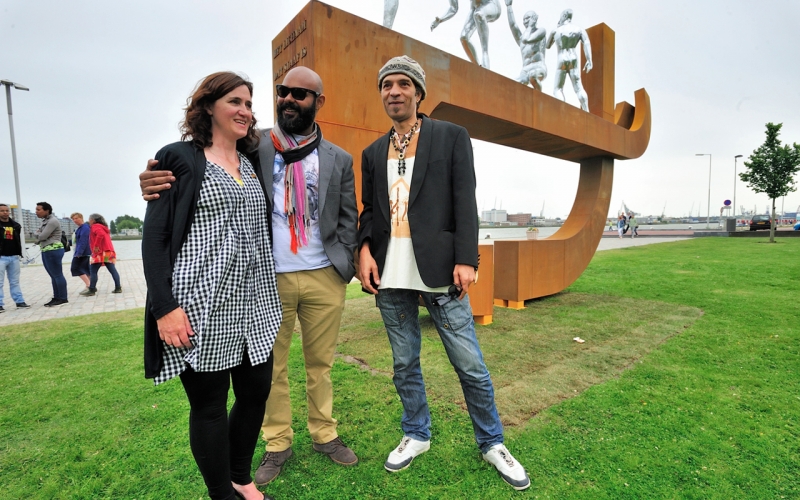 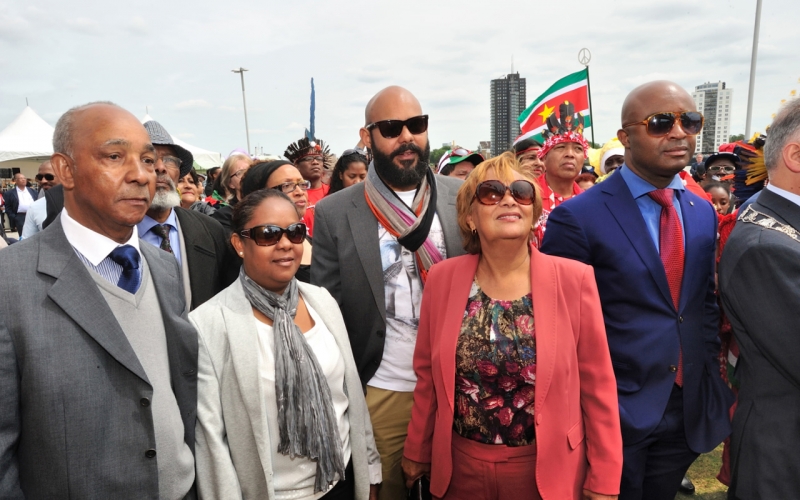 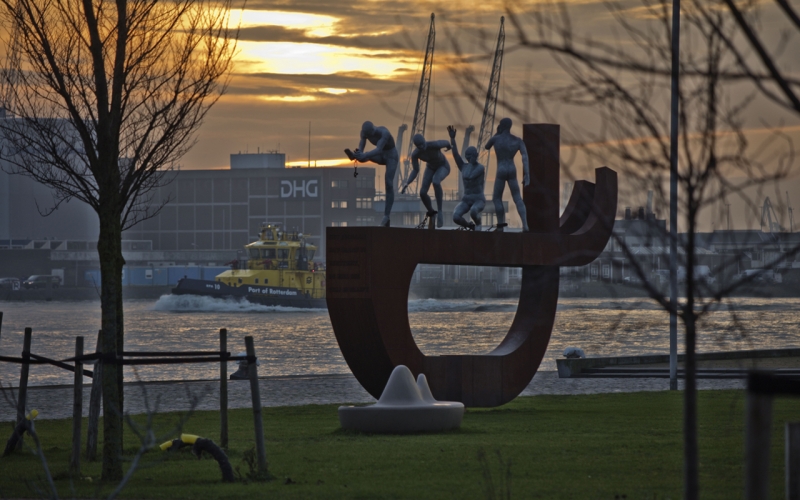 Artist Alex da Silva (45) died on December 30, 2019 in Cape Verde during a basketball game with friends. CBK Rotterdam wishes its family and friends a lot of strength in dealing with this major loss.

Alex went to the Netherlands in 1992 to study biology, but chose art in Rotterdam. He studied at the Willem de Kooning Academy, did a master's degree at the Minerva in Groningen and was part of the legendary artists' collective Cucosa in the Hofbogen. Here he made large, often wild paintings, but also installations, video and photography. In 2013 Alex was selected as one of the candidates for creating a slavery monument in Rotterdam. Councilor Peggy Wijntuin had collected thousands of signatures and set to work with CBK Rotterdam to realize her dream: a monument commemorating slavery in Rotterdam. Alex had little experience as a sculptor. No problem - he believed in the company. Moreover, the competition was tough. But his design cut everyone's head. His presentation was formidable, his ideas fresh and genuine, his charm unprecedented. Representatives from the Surinamese, Antillean and Cape Verdean community elected Alex da Silva as their candidate.

Alex went to work at a yard in IJsselmonde. He did not let a producer carry out his design, but kept everything in his own hands. He had invited his friends. They carried around with iron, did the welding, walked around with cutting burners, tried everything. Like a choreographer, Alex gave directions. The image arose bit by bit, bit by bit ... it was a race against the clock, because the statue had to be ready on July 1: the day on which the abolition of slavery is commemorated. Project leader Marjolijn van der Meijden had sleepless nights, but Alex was able to reassure everyone. His life's work was finished just in time. His slavery monument became Clave: the body that is slave leaves, the soul that is free remains. The text came from a Cape Verdean folk song. We will never forget those rules.

Alex, you leave a void with the Cape Verdean community, but also with us, CBK Rotterdam.