Wall painting by Louis van Roode: from Dijkzigt to the Doelen 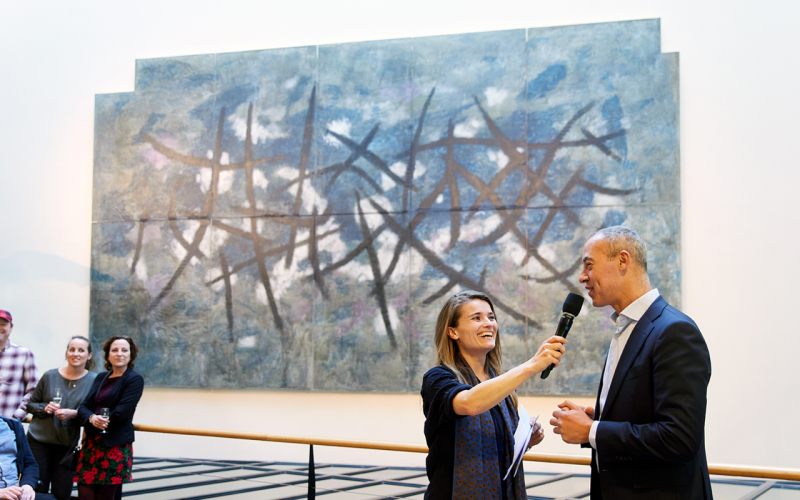 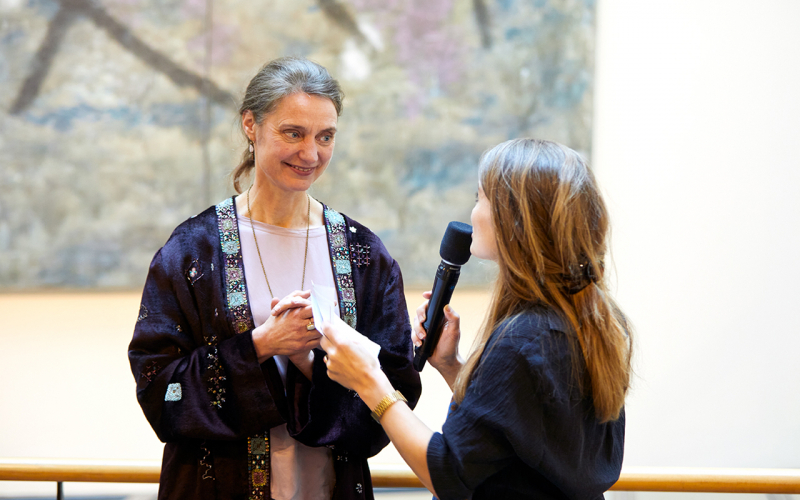 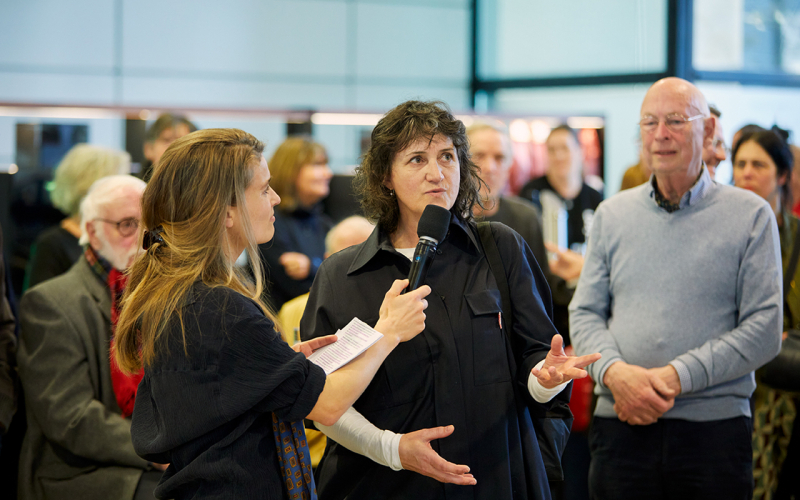 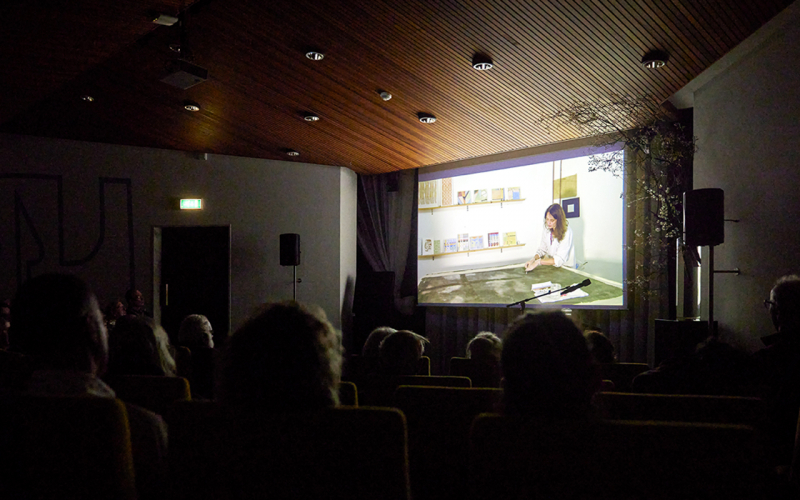 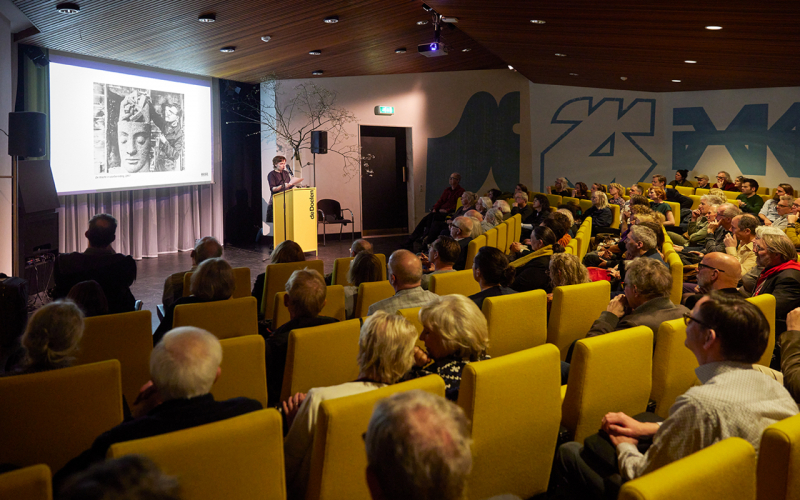 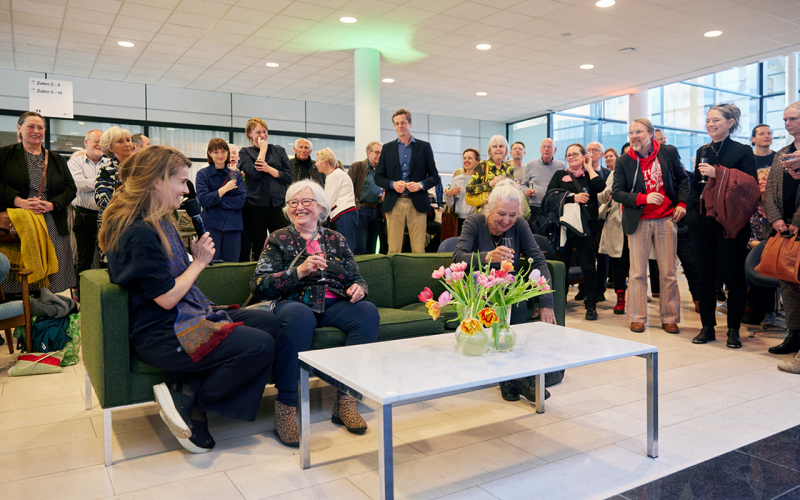 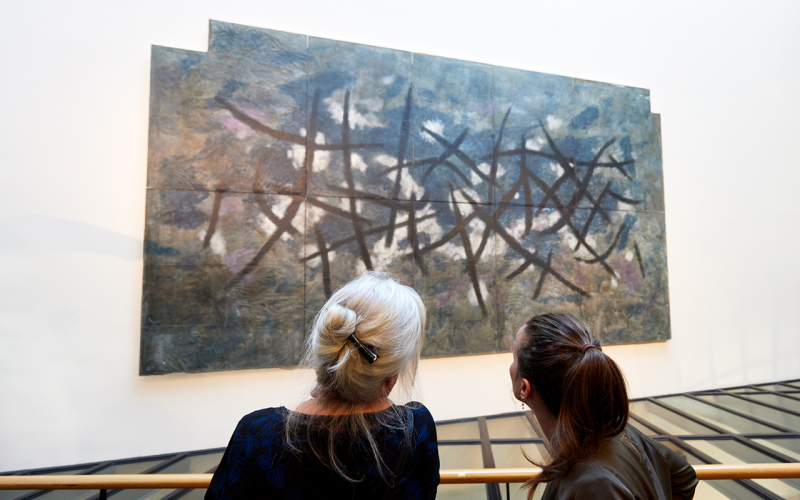 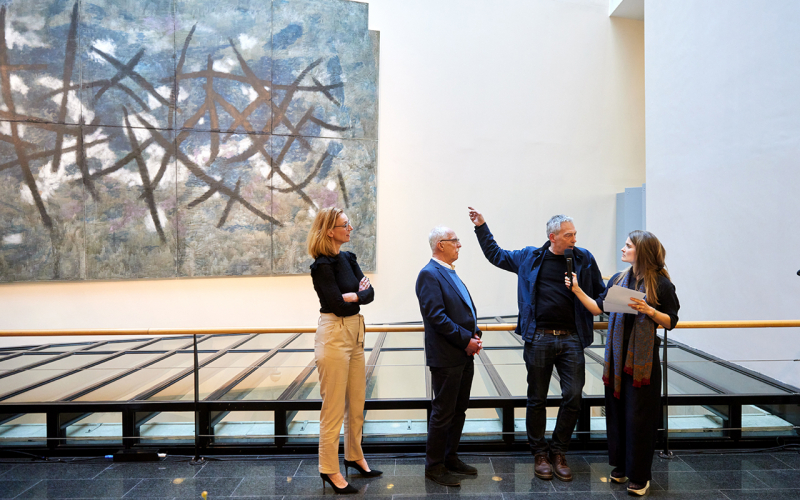 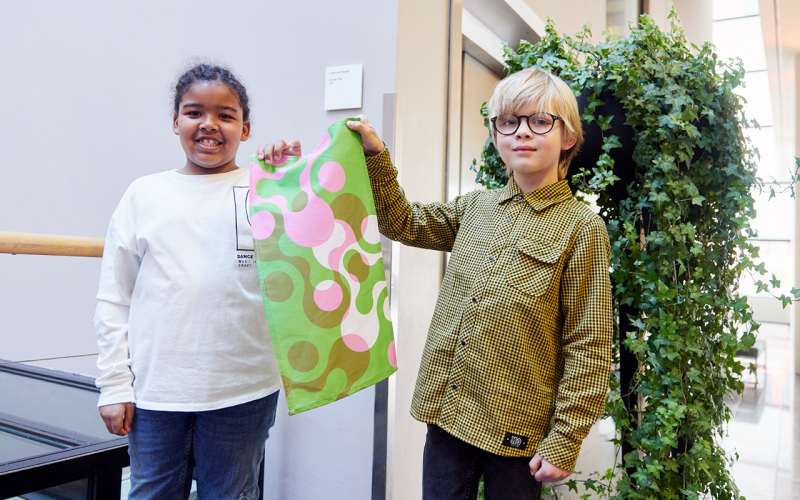 It will have surprised some visitors and staff of the then new Dijkzigt hospital. In 1961 the brand new hospital building was given four murals and a few wall mosaics. They were works of art that radiated hope and kindness and warmth, all but one. That was the mural by Louis van Roode, for which we are here today; the only completely abstract work in the whole. It is an apparent chaos in shades of gray, a paint cosmos from which thick black lines emerge. Some patients there in Dijkzigt may have been shocked by those threatening lines, others may have recognized something of their own state of mind about their health problems in that dark tangle. Anyway, it was a different mural than the other three. Kees Frans had painted an insect world full of warm energy, Dolf Henkes a quiet panorama with trees and playing children, Johan van Reede a peacock's tail that ran over in circles of the sun, nature and cosmos together. All warmth and color… and then this.

The Dijkzigt hospital wanted wall art, both for decoration and to make a cultural gesture, and it was not illogical to ask Van Roode; although they may have expected a different kind of art from him than what he would produce. Van Roode was a talented and much sought-after monumental artist in post-war Rotterdam. The photos illustrate that. In 1954 he had made a mosaic with Erasmus for a building on the Coolsingel, in 1955 a complex city story in golden mosaic stones for a bank building on the Boompjes. In 1959 he designed a wall sculpture of a family in front of the Blaak and turned a complete side wall of the post office next to the station into art, with colored concrete and glass-in-concrete windows. This earned the building the nickname postal cathedral. He was also asked outside the city limits. For the hotel Britannia in Vlissingen he designed a frieze ten meters long with fish and other sea creatures. In short, he was someone who could bring all kinds of motifs together with a lot of effort into a harmonious and decorative whole.

But then this. No stylized fish here, no harmonious families, no golden mosaic stones – the story seems gone. But that can't be right. Van Roode, as a figurative artist, always told stories with his art, about a better world with elements in dynamic harmony. Now that he worked in an entirely abstract way, it is inevitable that precisely those non-figurative surfaces and forms are also bearers of meaning. For example. If you look at the relief of a family that he made two years earlier on the Blaak, not only the subject but also its lines can be interpreted as a sign of solidarity. The figures merge a la Barbapapa, they become one. A second example: in Britannia in Vlissingen the fish swim in an elongated color scheme. The fish are a figurative ode to nature, but the colors are not just there, they are an ode to a world that we may not be able to see, but that is there.

This search for the essential beyond the visible was already happening in the arts before the war. Supporters of the Platonic ideal assumed that there is a world of ideas that we do not see, but which is much more fundamental, real and pure than the physical reality of everyday life. That physical reality would be a copy of that world of ideas and, as with copies, they are never as good as the original. Strive for that world of ideas, said artists, strive for a higher ideal. A higher world in which we can be together, share a collective consciousness, be one with the cosmos together. That being together, that merging, you see that in the family on the Blaak. That cosmos, maybe that's what we see here. A swirling whole, where paint dances, where bright spots can be seen. In other words, there are dark areas in the foreground, but don't worry, hopeful spots are already shining behind them.

Van Roode himself said about this painting that he did not want to say much. He just wrote the following about it: “This is the idea behind it: the ramifications express an association with nature, but also symbolize unity – just like the different departments of a hospital work together. But the design is sketchy because it concerns the wall painting itself. I don't want to plan and philosophize too much in order to put the painting on the wall fresh and spontaneously.”

It could be, he says so himself, but it seems a bit far-fetched to see those black streaks as a representation of how departments in a hospital work together. Organization charts look very different in any case. But on a deeper level, it can make sense, as an abstracted way of representing connections, movements that find and intersect. And finding each other, striving for harmony, for unity, that is important everywhere, whether in a hospital or elsewhere.

If this work expresses that desire for harmony and energy, a connection or association with nature, it is still remarkable how elusive he does this. The paint swirls and ripples, black streaks leap threateningly forward. And since it is known that Van Roode unfortunately struggled with severe depression, the question naturally arises whether this is not also noticeable here. Fleeing into a world of paint also did some abstract expressionist painters like Pollock, to avoid their demons. …Could it be that paint was also an escape route for Van Roode? That this black is a reflection of chaos in his head? Or… does he care about the redemption beyond that, the light that emerges from it? You can also see that in the work.

Knowing the tragedy of its troubles, this work makes you think not only of Pollock but also of Van Gogh's paintings: the swirling paint of a field that defies perspective by coming towards you rather than disappearing peacefully into the distance , with black stripes here too, then in the form of circling crows.

We don't know and the interesting thing about abstract art is that it can carry or evoke so many meanings. As a result, it is also a universal, autonomous art that does not necessarily belong only in a hospital. A relocation invites you to reconsider and interpret a work. And I personally find it startling because this work now strikes me as so completely different here in De Doelen than when I saw it at the Dijkzigt location of the EMC at the time. I thought it was gray and drab and could imagine why it was difficult to find a new buyer for this. When I saw it again at the end of last year, after a long time, here in De Doelen, it turned out not to be gray work at all. It's blue and purple, and it has a lot more depth than I remember. As a result, I started to doubt myself: has it been cleaned so well or did I see it so wrong at the time in Dijkzigt?

In any case, it looks different than it did then, now that it has been transferred from a wall to panels. Previously, the artwork was hidden behind a radiator and beams, which are gone, which explains the strange angles at the top. Before transferring to a new medium, the image has been cut up into panels, which is a pity because it disrupts the abstract expressionist illusion of a paint world. At the same time, this placement does have advantages. Visually, the whole remains intact without that original context, and it appears more dynamic and layered than in his last years in Dijkzigt. A mysterious work, in other words, that has more to tell than meets the eye.

And the special thing is that all this succeeded without looking. It is thanks to a special technique that this could be removed from the wall and transferred to panels. I came to see the relocated work at the end of 2021, just when Rotterdam was turned upside down about the recent demolition of a mural by Dolf Henkes, after which it was proved here that demolition is not always necessary. This is due to the technical feat of the so-called strappo, which is in fact centuries old and is now being used again, and to the various benevolent parties involved, for which tribute. But it was also possible because it is an abstract work of art, with enough autonomous quality to also function in a different type of location. Van Roode has made this impetus by omitting the figurative grip or hospital associations, by creating a work that stylizes and conceals its meaning. In other words: because this work of art is a mystery, it was suitable for moving. A riddle we won't be able to solve, and that's fine. That makes this work all the more exciting.