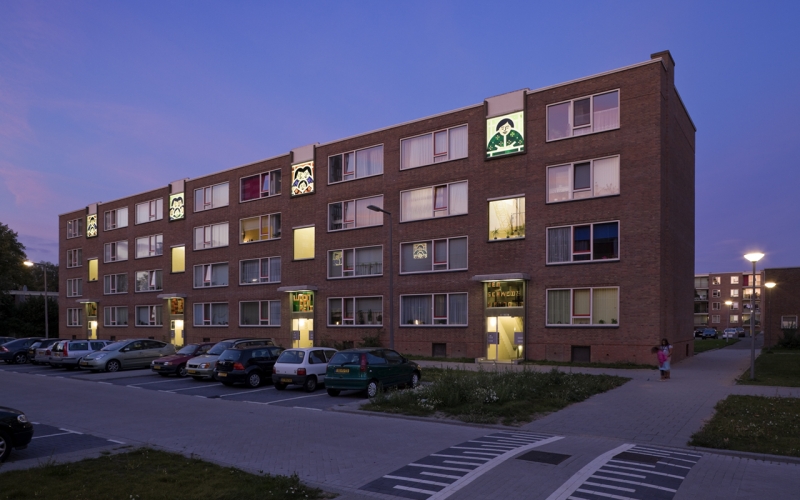 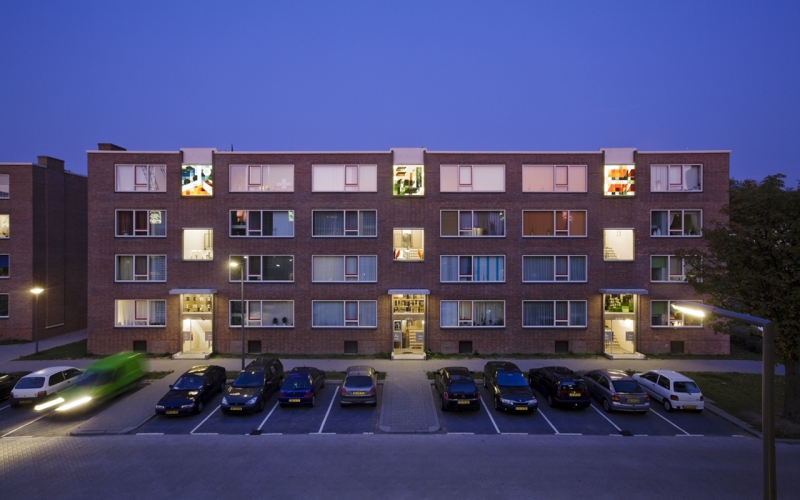 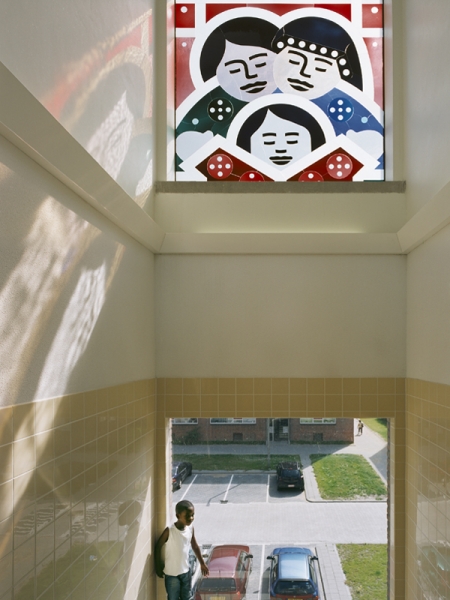 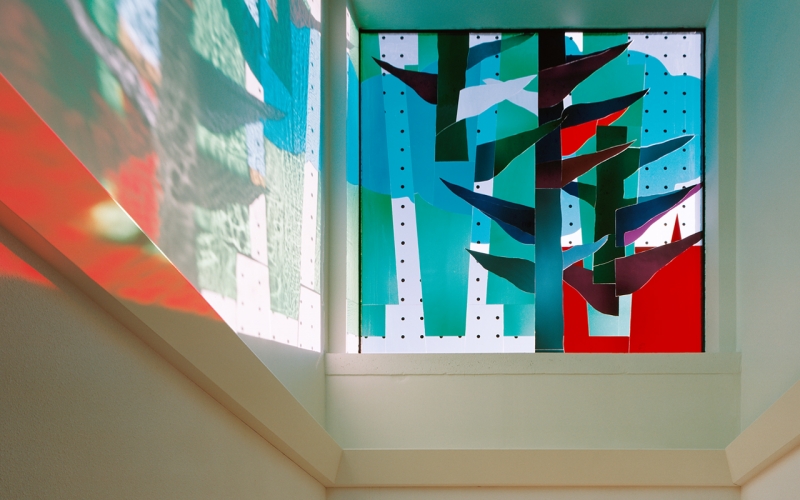 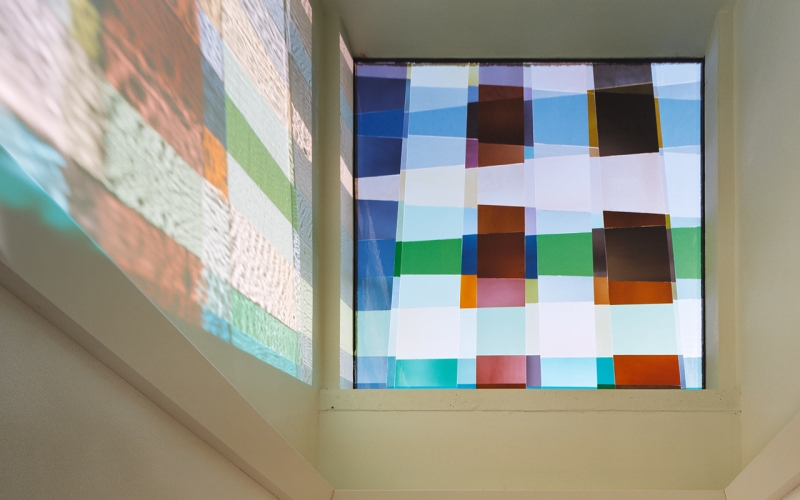 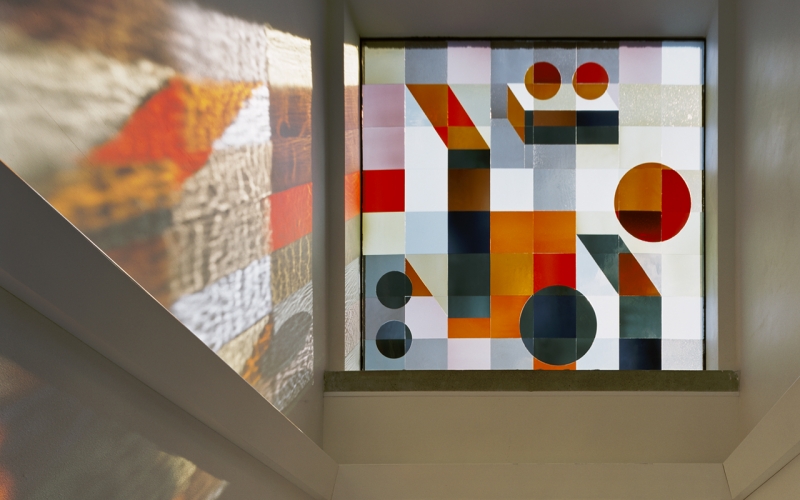 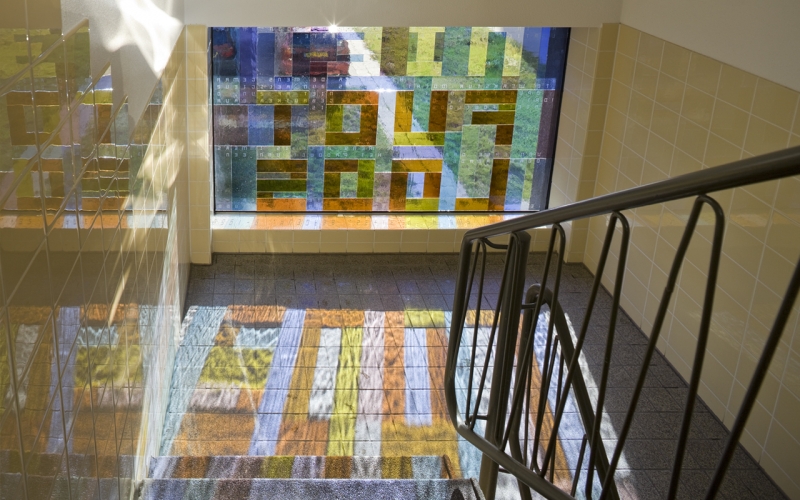 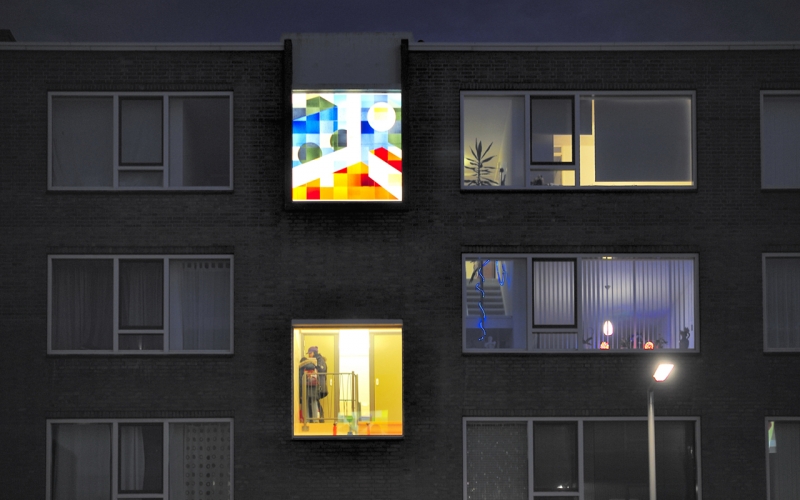 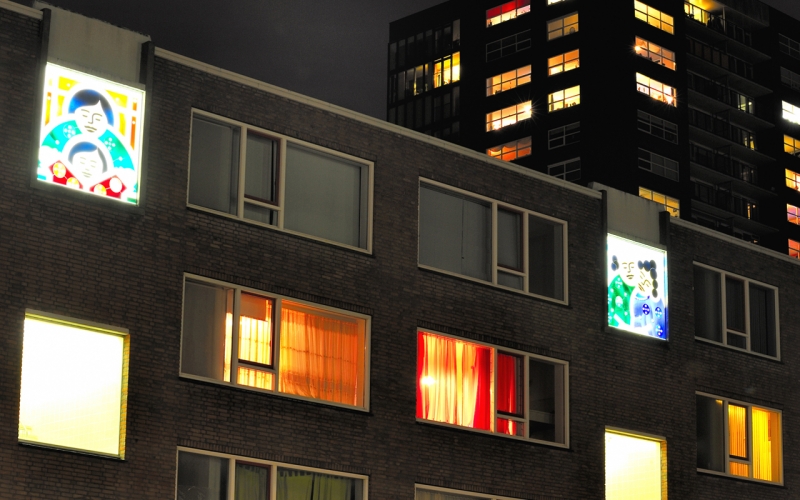 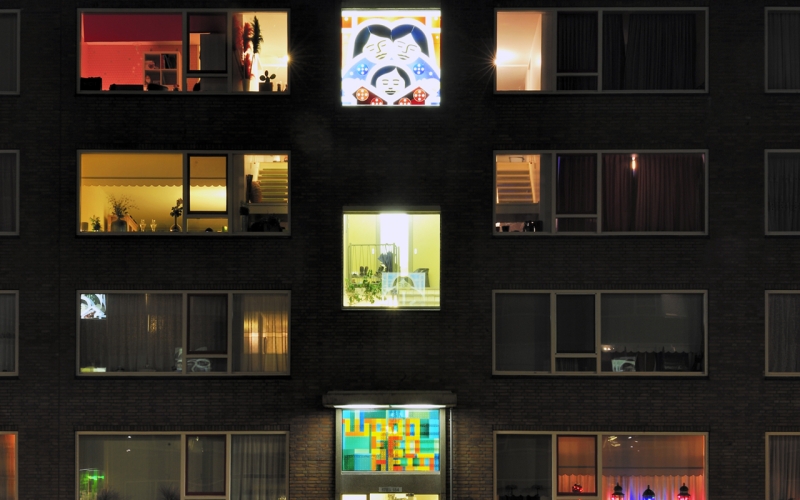 1956 was a good year for Rotterdam. It was the heyday of reconstruction. Everywhere in the city you saw cranes and construction traffic. This applied not only to the destroyed center, but also to the south bank of the Maas, where one new-build district was built after another. In 1956 there was the delivery of what would be considered the most beautiful residential area of ​​the reconstruction: Pendrecht.

'Modern views will give Pendrecht a very grand allure', headlined the newspapers. The working class district was front page news in Rotterdam where everyone was captivated by the optimism of the reconstruction. At that time, nobody needed nostalgia, which is an important factor in new construction today. After the trauma of the war, there was only a desire to look ahead, and modernism was part of that. The brand new Lijnbaan and Pendrecht were discussed internationally, and buses carrying tourists came from all over the Netherlands to admire these signs of progress.

But as is the case with cities, some neighborhoods come up and others fall into the weakness. Even the much admired Pendrecht slipped. The architect of this district, the Polish-German architect Lotte Stam-Beese, still knew that. She died in 1988, shortly before a large-scale restructuring started, which is now almost complete. Some houses have been demolished, others have been renovated, sometimes merged to meet today's requirements, and the greenery has also been refurbished. If you walk through Pendrecht now, it will look just as fresh as it was fifty years ago.

However, the restructuring did not go without a hitch. At a certain moment a fierce discussion arose: Pendrecht was a gem, you can't demolish it, are you? And is it architecture's fault if a neighborhood is doing well or not? Van Schagen Architekten in particular, one of the parties who was commissioned in the district, decided to dive into the archives. It became so impressed with the original design ideas that they have indeed been restored. Just as the Rotterdam garden village of Vreewijk has partly become a protected townscape, part of Pendrecht also looks like it was then.

What has helped is that Pendrecht was originally built on ideas of liveability, something that is often hammered on today. They are at most other ideas about quality of life. To understand those thoughts, you have to go back in history and especially to the life history of Lotte Stam-Beese, the brain behind Pendrecht. When she got a job in 1946 as an architect in Rotterdam, she had already finished half a life. Before the war she had studied at the famous Bauhaus, after which she ended up at architectural firms in various European centers of New Building. In the early 1930s she worked with many other European artists in Soviet Union, where she believed that the communist workers' paradise would arise from the Siberian industrial cities that created them there from the drawing board.

Pendrecht, her most precious creation, would later become such a carefully thought-out drawing table product. Pendrecht became most famous for its unique map with the so-called stamp. That stamp is a rectangle of five residential blocks, a shape that Stam-Beese constantly repeated on the floor plan (as if she was putting a stamp). Each rectangle contained housing types for families, the elderly and single people. Stam-Beese wanted to ensure that different types of people were together everywhere: the elderly with children, families with single people.

That map, with those stamped rectangles, has been widely published: it is a work of art in every respect. If you put a painting next to it by El Lissitzky, who knew Stam-Beese well, or by a Style artist such as Bart van der Leck or Mondriaan, work she had become acquainted with at the Bauhaus, the similarities are astonishing. That is no coincidence. In the Interbellum, geometric harmony was leading in all arts - in painting, sculpture, design, architecture, weaving. It would be good for humans, such a balance of clear lines and a lot of space. You see that belief in Pendrecht's design: space, simplicity, openness, and staggered views, because dynamism is part of a large city.

For someone who came from the avant-garde, Stam-Beese had a pragmatic approach. Overcoming space, an artistic, high-profile concept that led to sculptures with cavities in constructivism, became a place for Pendrecht to let the children play and to allow traffic to flow through. Axis structures, also known from Russian painting, became access roads. Mathematical abstractions, now on display in modern art museums, meant harmony among people. She believed that if you directed an ingenious interplay of low-rise and mid-rise, where vistas and residential blocks were in balance, the worker would naturally find more psychic peace than in the pre-war city with its unsanitary winding alleys.

Stam-Beese directed the floor plan, the green design, and even the way people interacted with each other. The porch house was there for contact between neighbors, the public spaces were there for interaction between the local residents, the access roads to the center were there so as not to lose that metropolitan grandeur. A cosmopolitan herself, she did not want to deny the Pendrechters their Groszstadt, and in this she was clearly different from the followers of the district principle that was so popular at the time: the residential area that had sufficient facilities that you never had to leave it again. A large city with ocean foams on the Meuse that has such an immense scale, Stam-Beese said about this: it makes “pleasant intimacy and 'cozy petiteness' unacceptable”.

In doing so, she designed various walking paths, sometimes even under residential blocks, which made it possible for you to always be able to determine your own path in Pendrecht. Such freedom of choice was not self-evident at the time when the government felt that the citizen should be disciplined and educated. There was great faith in the makeable society and the makeable citizen. Architecture and planning should help with that educational idea. Stam-Beeses design also draws on that urge to discipline. The houses are facing each other in such a way that you look inside together. And the major role of public spaces was also aimed at mutual social control. Stam-Beese made no secret that she had learned to design this in Siberia, where the public spaces in Stalinist cities also had social control.

Many of the architects who came to Rotterdam in 1946 because there was so much work to be done there, flew out again after a few years. Such as Stam-Beeses communist assistant Eijsbroek, who applied the stamp principle in Groningen. In any case, more and more Pendrechtjes would arise in the Netherlands. But Stam-Beese did not leave. She remained in love with Rotterdam. She recognized herself in a city that had lost its heart, because World War I had left her family losing his son and his capital. Because she felt like a victim of war, she wanted so badly to help Rotterdam heal. That is why she worked with passion and worked out everything to perfection. She drew out the public greenery right down to the apple trees and chestnuts, and she even designed the houses up to and including the brightest red facades and blue window frames - colors of De Stijl, or perhaps of Soviet art. The executing architects (who opted for brown brick anyway) called her plans dictatorial. That was a criticism she dismissed: only by keeping control completely in one hand could harmony be maintained. And maybe that's where things went wrong with Pendrecht. A balance is delicate, say Stam-Beesefans. One wrong construction, and it is disturbed.

And Pendrecht would experience more than one building turn. Shortly after the first stake, an alderman in the newspaper complained that too much was being built in Pendrecht. Later, the greenery was cut. And then the brick facades were also covered with Trespa plates: cheap plastic that mainly looked cheap. Pendrecht therefore fits perfectly in all discussions about modernism and New Building that are currently raging in the world of architecture, about the extent to which you can blame architecture in urban areas for major urban issues.

In that context, Pendrecht proves one thing: the truth is never black and white. That is why the works of art, the glass appliqué windows that were unveiled around this time a year ago, are all devoted to the most diverse characteristics that you can attribute to this neighborhood - community, freedom, discipline, geometry, greenery. This art shows how, in such a small part of the city, all the major developments from the turbulent modern history come together.