The Pigeon woman is back! 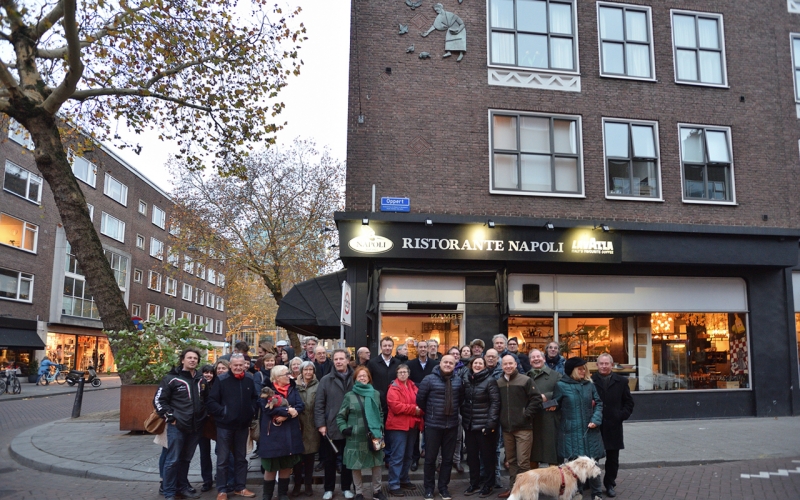 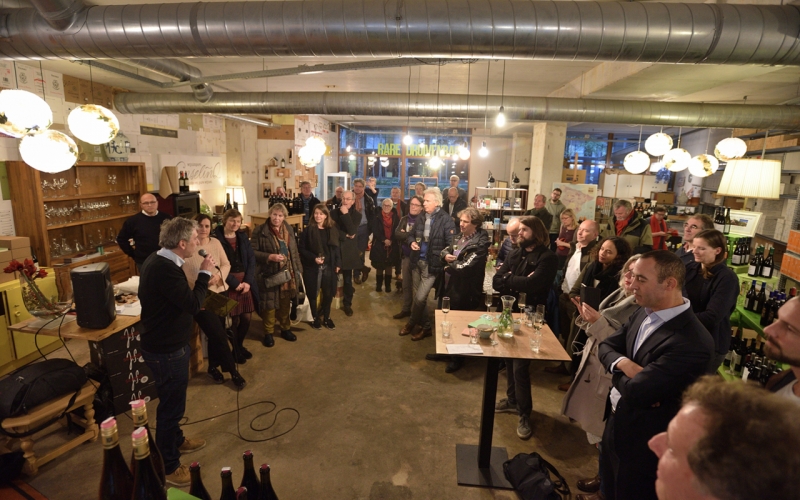 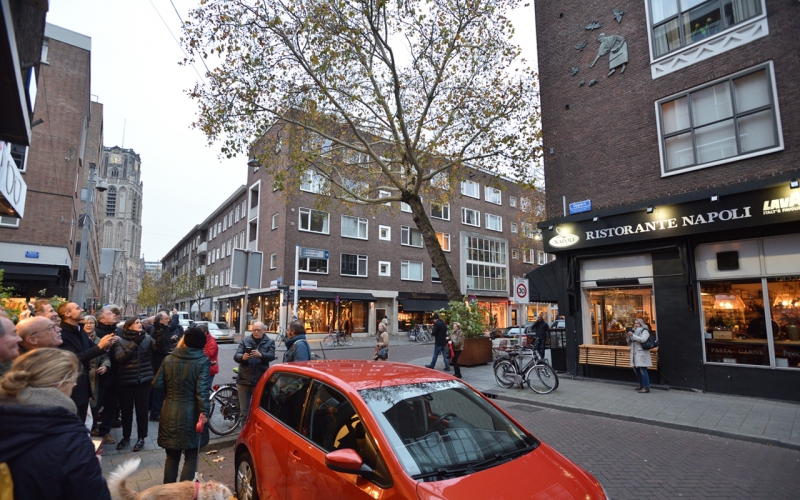 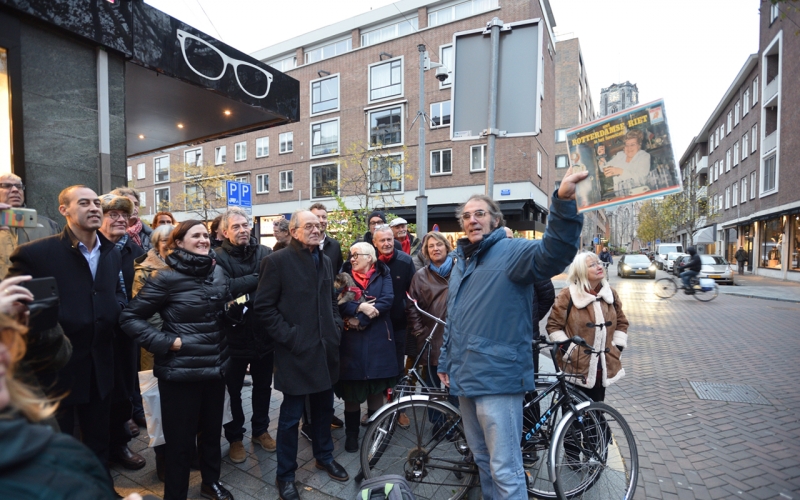 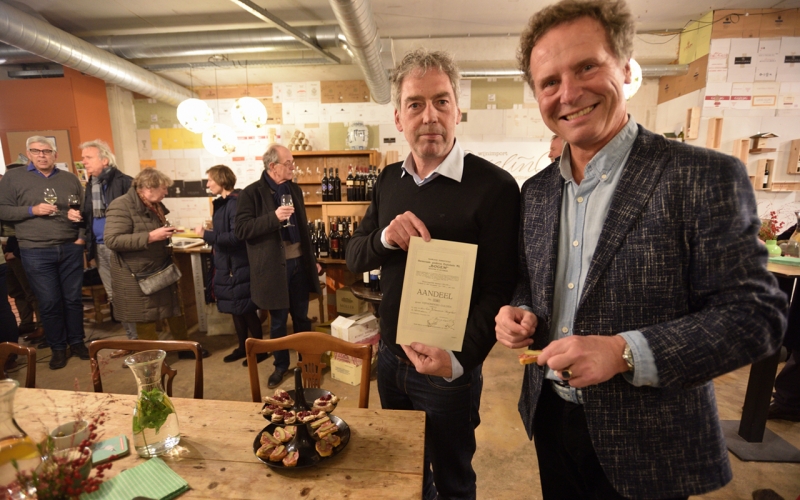 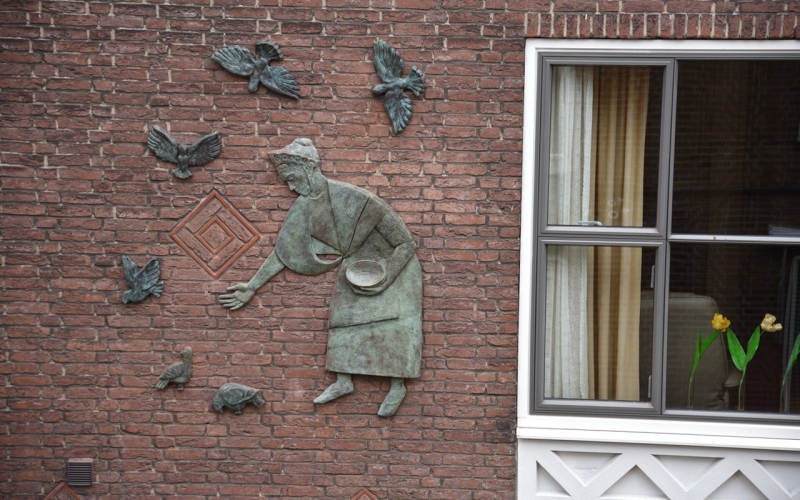 After being away from the streets for some time, from Tuesday 20 November it will be Pigeon female back again! In the middle of the center, on the corner of the Meent and the Oppert, at the level of the 2e floor, the female with her six pigeons is hanging on the facade again. It Pigeon female was made in 1962 by sculptor Adri Blok. It was a gift from former students on the occasion of the 50th anniversary of the Koningin Wilhelmina Kweekschool in 1957. But the school at the Binnenrotte was demolished in 2002 and the relief disappeared (see article). The female was recently found in a depot, but the pigeons had disappeared. We had the pigeons remade at a bronze caster and now the female with her pigeons is hanging near the old location. The artwork is inspired by a real female pigeon from Rotterdam, namely Trijntje van Ham. She was also called “Hannetje” and was a striking woman who trudged through the streets around the school building with her corn cart for decades. She showed compassion not only for pigeons, but also for stray dogs, cats, and later swans and ducks. A real animal protector. That is why it still deserves a place in the city center!