ME / WE: a monument to sexual diversity in Rotterdam 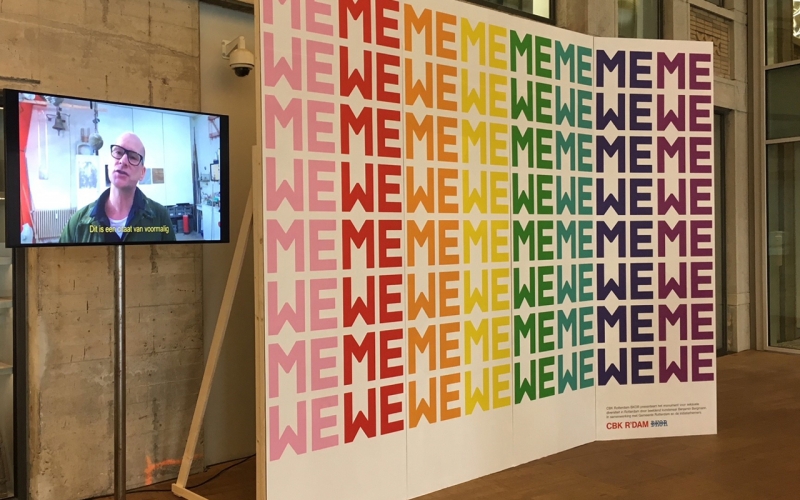 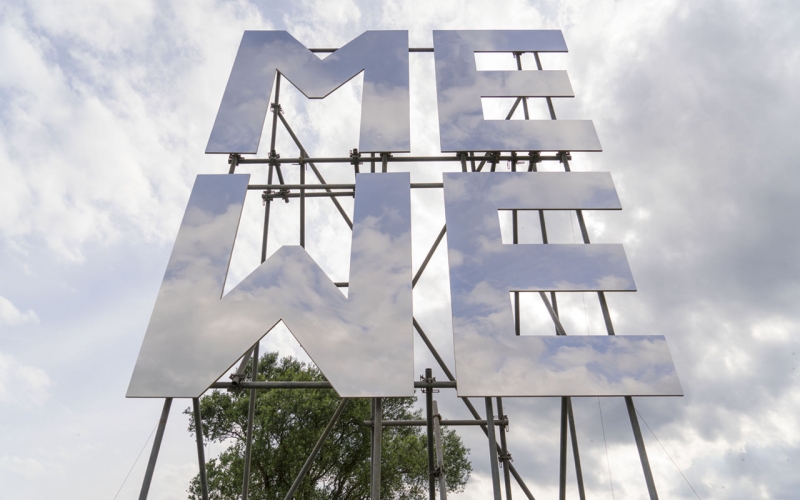 On March 7, the municipality of Rotterdam, CBK Rotterdam and representatives of the Rotterdam LGBTI + community will present a first impetus for a monument to sexual diversity in the Timmerhuis hall. The presentation can be viewed up to and including March 15 and consists of a selfie wall and a video report. After the presentation in the Timmerhuis, the selfie wall and reportage go on tour, among other things IDAHOT on 17 in May 2018 and the Rotterdam Pride on 27 in September 2018.

#MEWE010 WINACTION
Do you want to support our project? Then take a selfie at the wall in the Timmerhuis and post it on #weme010. Those who have the most likes on 20 March will receive a goodie bag including the book Pink Elderly and the Light route Rotterdam about Rotterdam art, architecture and poetry by night.

The monument to sexual diversity is a citizens' initiative and acquired thanks to a motion broad support in the city council. The presentation in the Timmerhuis is the first step towards the creation of the monument, which will be designed by the German artist Benjamin Bergmann. The Urban Development cluster of the municipality of Rotterdam and CBK Rotterdam, together with the initiators (Dora Borst, Gert-Jan Verboom, Claus Verbrugge and Marc Kabbedijk) are investigating the definitive implementation of the monument, the location and the way in which the monument can be financed. The presentation in the Timmerhuis is the start of the ME / WE tour through Rotterdam. Filmmaker Shafelly Snijders made a report about the LGBTI + community in Rotterdam and gives rise to the initiative for a monument to sexual diversity in picture. Graphic design agency 75B designed the selfie wall.

ME / WE is known as the shortest poem in the English language ever conceived by boxer Muhammad Ali during a speech at Harvard University in 1975. Artist Benjamin Bergmann incorporated this theme into various works of art. ME / WE was recently seen as a mirror image during the IJssel Biennial. According to Bergmann, ME / WE expresses that personal considerations must always be understood in the light of a common shared interest.

Initiator Gert-Jan Verboom endorses the idea: "The core of ME / WE is that you can give substance to WE (the collective) and the ME (the individual) in different ways. After all, you must be allowed to be yourself (ME) in our city of Rotterdam (WE). That is why ME / WE is a monument: it is a place where you can commemorate big events, but also a place where you can celebrate with the city. The monument can also be a helping hand for the young person who is struggling and when seeing ME / WE thinks: 'There are people in this city, and there are for me too.'

Benjamin Bergmann one of his ME / WE works at the IJsselbiënale in 2017. Bergmann (Germany, 1968) makes sculptures in all kinds of materials with simple utensils as a starting point. With his work, he wants to question the functionality of spaces and objects and provide them with a different meaning.

The Rotterdam filmmaker Shafelly Snijders made the report about the arrival of the monument commissioned by CBK Rotterdam. Snijders works as a filmmaker in Rotterdam and previously, in collaboration with Hester Terpstra, made the series Rotterdam Pride Life it was broadcast on OPEN Rotterdam.