Monument in memory of rapper HELDERHEID 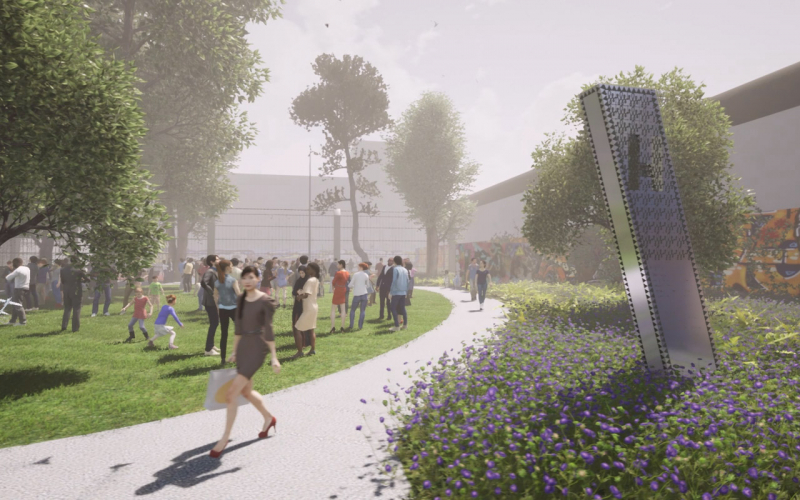 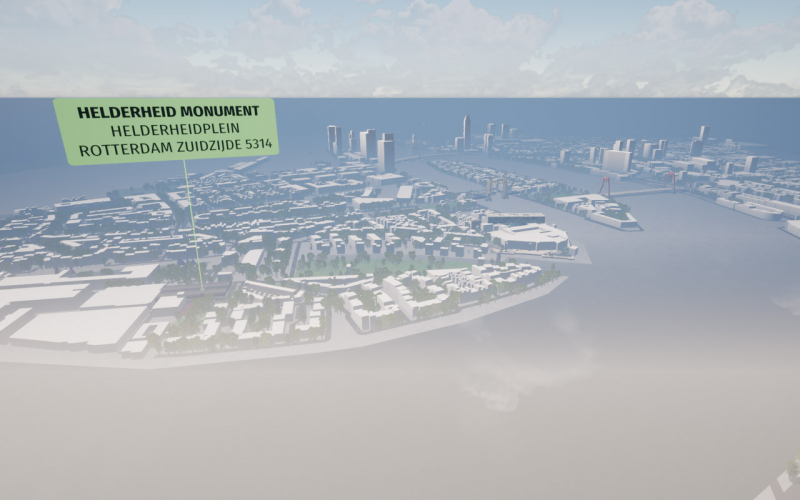 Feijenoord finally gets a monument to the Rotterdam rapper and poet Breyten Muskiet (1978 - 2004). He gained fame under the name BRIGHTNESS, an abbreviation of Hear Every Lesson That Has A Reason And Ignore Folly. BRIGHTNESS was an example for young people and a symbol of positivism. After his unexpected death at the age of 25, friends took the initiative to the Brightness Square on Spiekmanstraat. The Municipality of Rotterdam has improved the layout of the Brightness Square and made it greener. BKOR financed and supervised the realization of the monument.

The Monument for BRIGHTNESS is expected to be placed here in 2021. An annual Clarity cup is also awarded to young talent, in which Breyten's mother Joany Muskiet plays a connecting role. She connects in the spirit of BRIGHTNESS, by receiving the new generations of young people in the neighborhood and stimulating them to think positively. Because as BRIGHTNESS rapped in Progression"There is no time to stand still, we have to row with the oars we have and keep going."

Micha Prinsen and Lloyd Muskiet designed a four meter high stainless steel column, with patterns that go back to Surinamese carvings. The patterns culminate in the BRIGHTNESS logo. A stanza Progression is incorporated in the column. This song can be heard in the animation film that Ralph Vroeijenstijn made. View here the animation.

Why one Monument for BRIGHTNESS?
by Joany Muskiet

“Brightness Foundation 5314 derives its vision from this positive statement: Hear Every Lesson That Has A Reason And Ignore Foolishness. The monument we want to realize conveys this message. It is a message that is intended for every generation in our multicultural society. The situation surrounding COVID-19 makes it clear on a global scale that we are held accountable not only for our individual, but also for our collective responsibility. Everyone must refocus on our society in which SAMEN has come under pressure. Knowing yourself consciously how you relate to the other person is important, especially at this time. That is why the Brightness 5314 Foundation focuses mainly on the younger generation: working on your own awareness.

BRIGHTNESS tried to combat racism in his neighborhood and city with his actions and texts. His lyrics show that he was aware of the barriers and struggles his peers faced and have to deal with themselves and their challenges. With his friends from the Harness Committee he used to quickly spread this message. The number Progression is exemplary chosen from many of his texts. A quote from it, written in his own handwriting, has become an important part of the monument. In the monument, the vision of BRIGHTNESS is portrayed in a universal message of Love, Joy, Peace and Self-control - the keys to living together in a neighborhood and city on all fronts. It will be a monument to young people who realize they are not second-class citizens. For young people who can build a hopeful future thanks to talent discovery and talent development. Progression is reality ”.

The Monument for BRIGHTNESS is being realized on behalf of BKOR, a program of CBK Rotterdam. With thanks to the Municipality of Rotterdam, Stichting Brightness 5314 and the Pact op Zuid.