New mural by Floor Milou Smit in the Eendrachtstuin 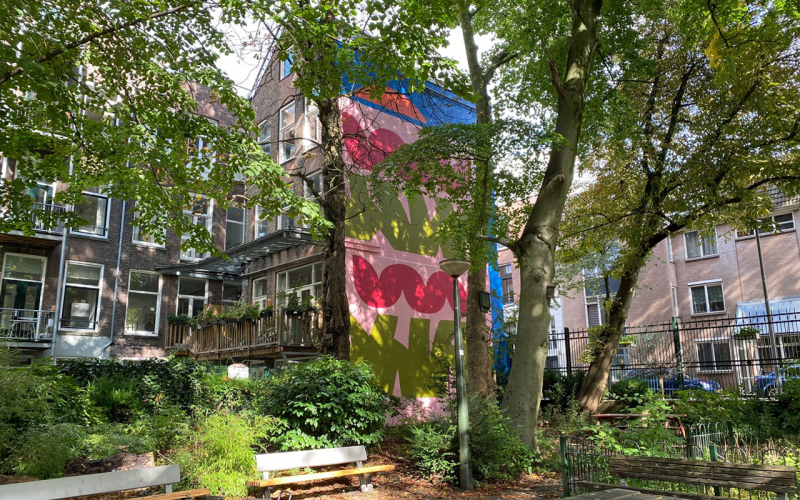 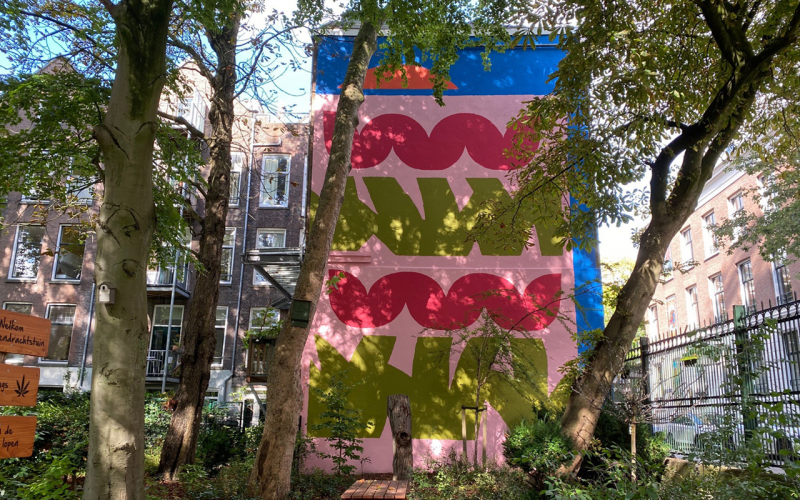 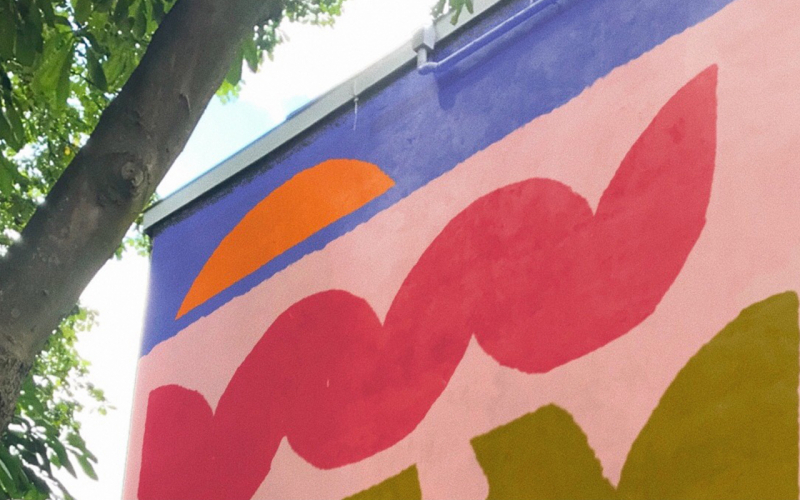 The Eendrachtstuin will be open as a neighborhood garden for 50 years this year and that will be celebrated with art! At the initiative of a resident and supported by the neighborhood and garden managers, Floor Milou Smit was commissioned by BKOR to make several designs for a mural, from which one favorite emerged. On September 24, 2021, when autumn has just started, we will celebrate the new painting that will enrich the garden at 16.00 pm.

Floor Milou Smit (those/services/them/their) graduated from the Willem de Kooning Academy in 2019 with a study on muralism, after which it was immediately found for making large works in, among other things, different interiors. For the Cool district, he worked with thoughts brought forward by the residents, which they translated into their autonomous work: his work brings large solid forms with flowers as a positive symbol, color in the shady garden that are displayed in a playful and simplified (almost abstract) way. A contemporary still life with a connection to the long history of the use of flowers in art.

The Eendrachtstuin was once the private property of a wealthy resident of the Cool district. In 1971 he opened the garden to all local residents and transferred the ownership to the municipality of Rotterdam. Perry Kruithof and Kim Bruijn-Romeijn have both lived in the neighborhood all their lives. They played there as children and now they manage the volunteers who maintain the greenery of the Eendrachtstuin.

Perry Kruithof: “We both have young children and would like to bring the residents of the neighborhood together. The two of us spend a total of eight to ten hours a week working on the garden. We open and close the gate, water the plants, sweep the grounds and organize activities.”

“When we pick up our children at the playgroup nearby, we go and play with a group of children and parents in the Eendrachtstuin. We want to be a garden with activities for everyone. At Christmas, Easter and Halloween we organize a party for the children and local residents. But we are also open to other activities: anyone who wants to celebrate Eid or organize tai chi is welcome!”

The performance was made possible by CBK Rotterdam and Cool aan de Gang.