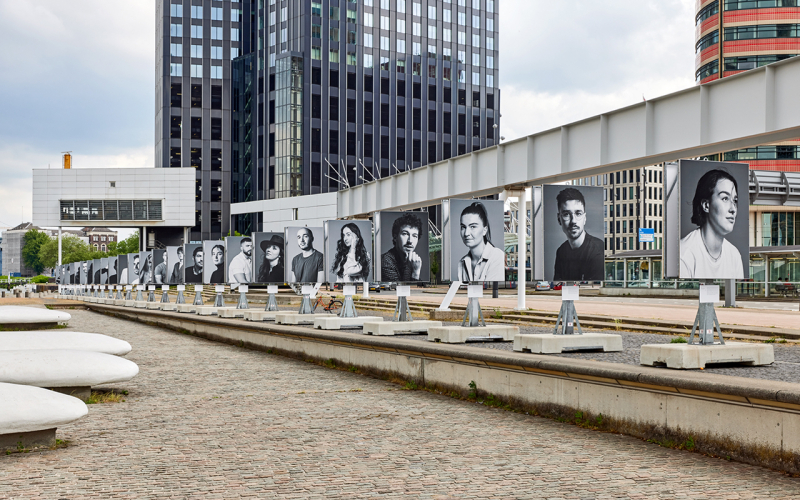 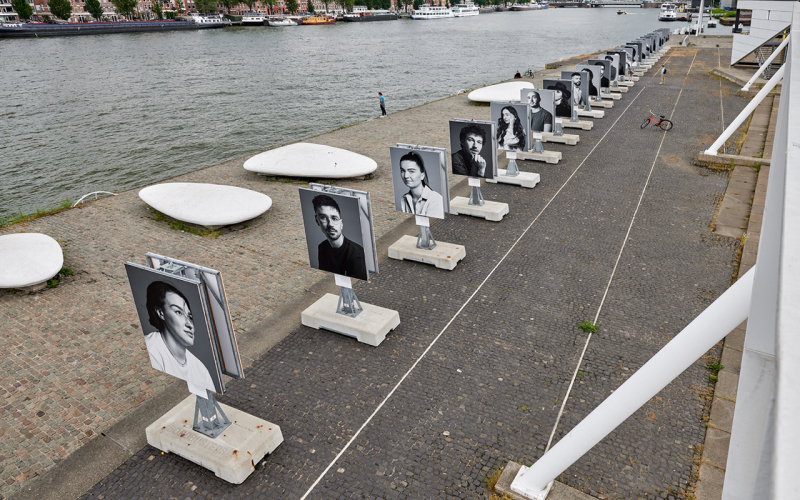 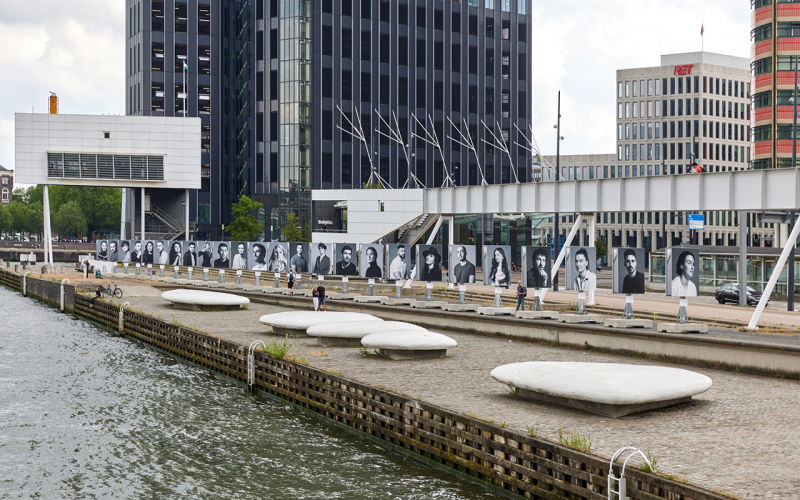 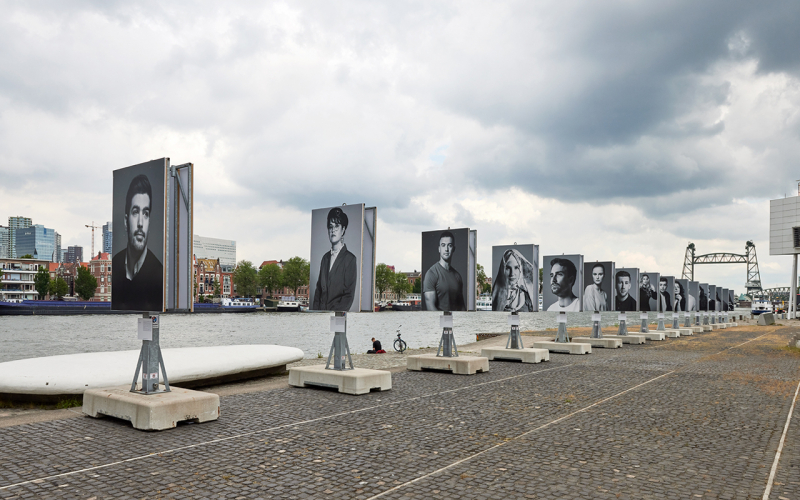 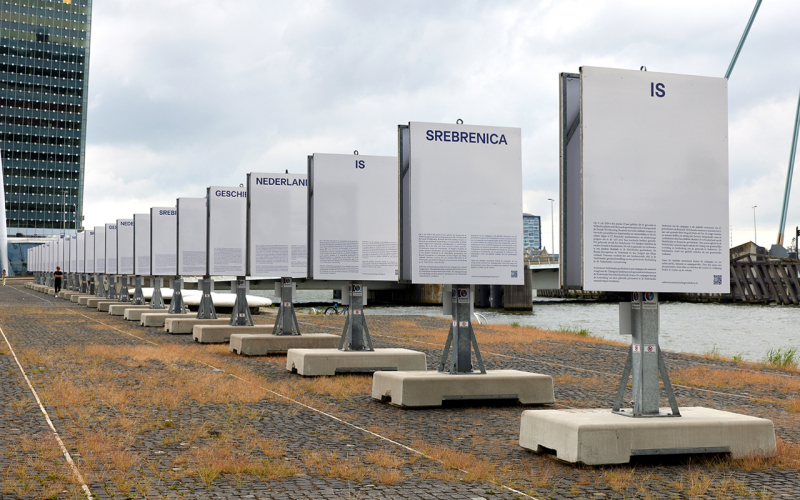 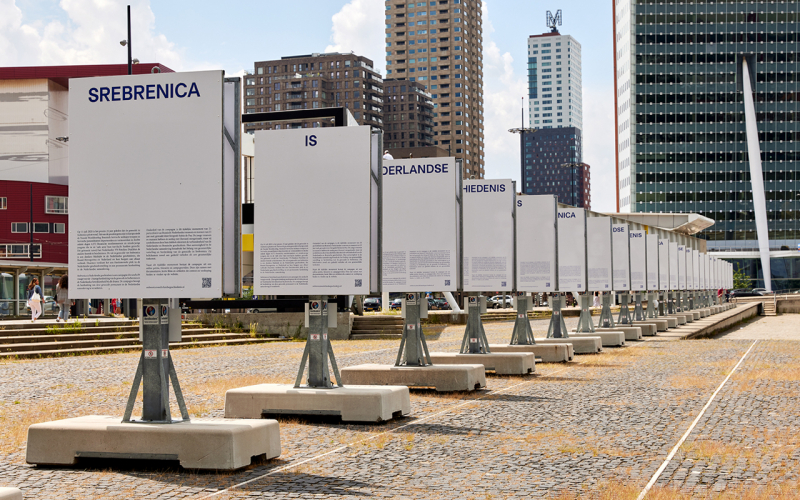 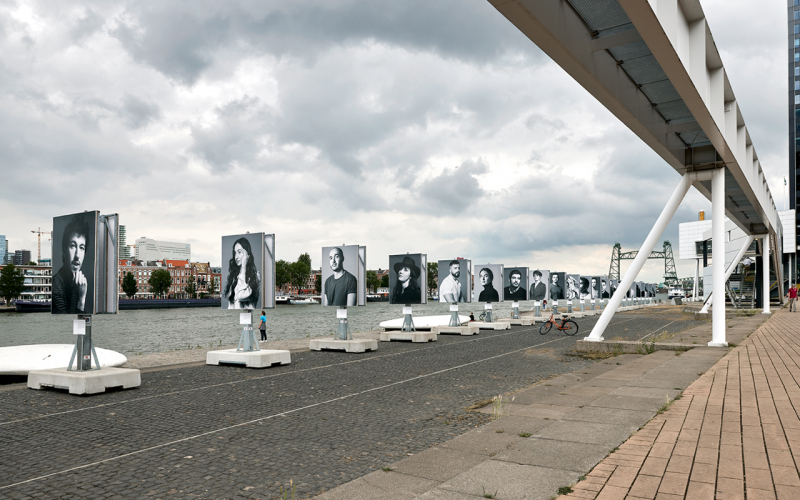 As part of the campaign Srebrenica is Dutch History is from June 18 to July 18 Temporary Monument by the collective Bosnian Girl on the Wilhelminaplein. This exhibition takes place mainly to raise awareness of the terrible genocide of 1995 among the Dutch population.

The Temporary Monument, a series of 25 portraits made by photographer Robin de Puy, is one of the ways in which the Bosnian Girl collective wants to raise awareness about the horror of the genocide in Srebrenica and the role the Netherlands played in it. On July 11, 1995, more than 8.000 Bosnian Muslim men and boys were murdered. It was the largest genocide in Europe since World War II. According to Bosnian Girl, it is high time that the genocide in Srebrenica became a permanent part of the collective Dutch consciousness.

The Temporary Monument was developed to support the National Remembrance Srebrenica Genocide, which has been held every year on 1997 July at Het Plein in The Hague since 11.

There will also be the exhibition from June 22 Srebrenica in LantarenVenster, where seven paintings by artist Peter Koole are on display. Koole made a series of paintings about the genocide in Screbrenica for fifteen years. In this series all kinds of aspects of the fall, the genocide and the aftermath are discussed.