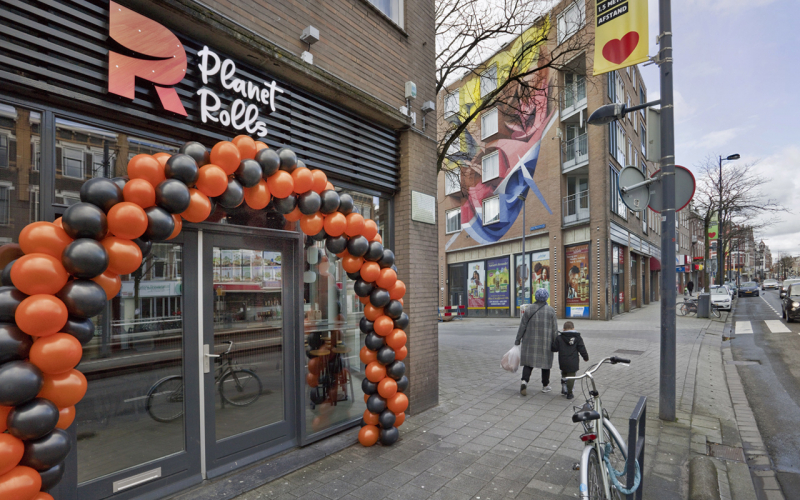 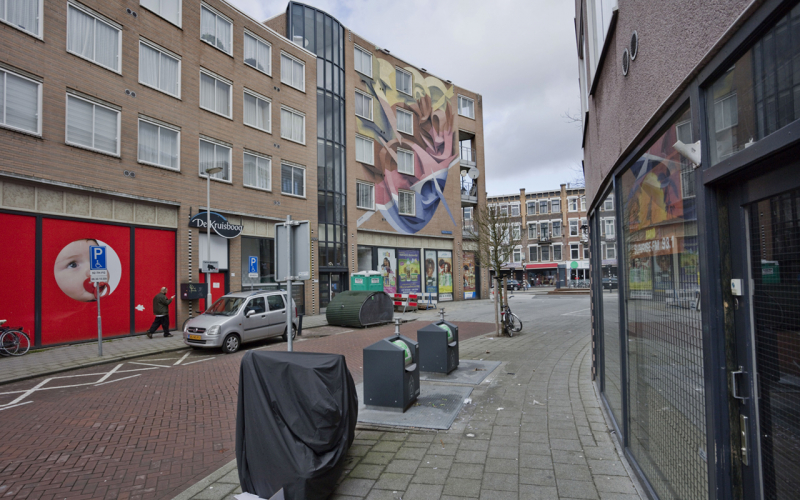 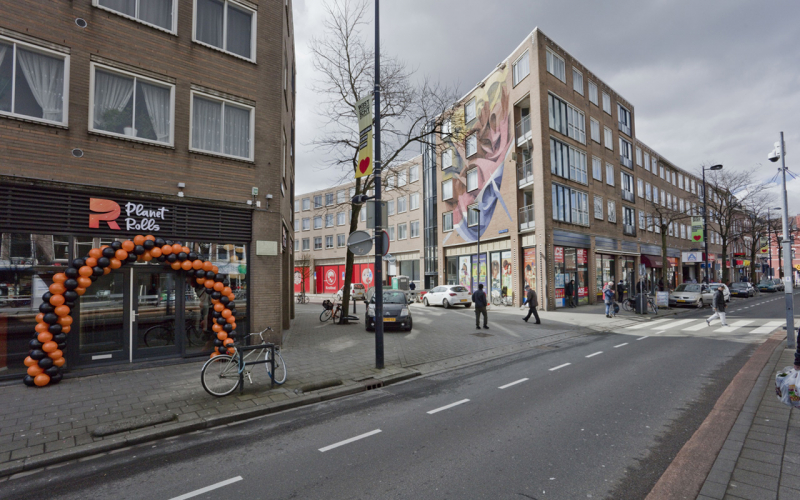 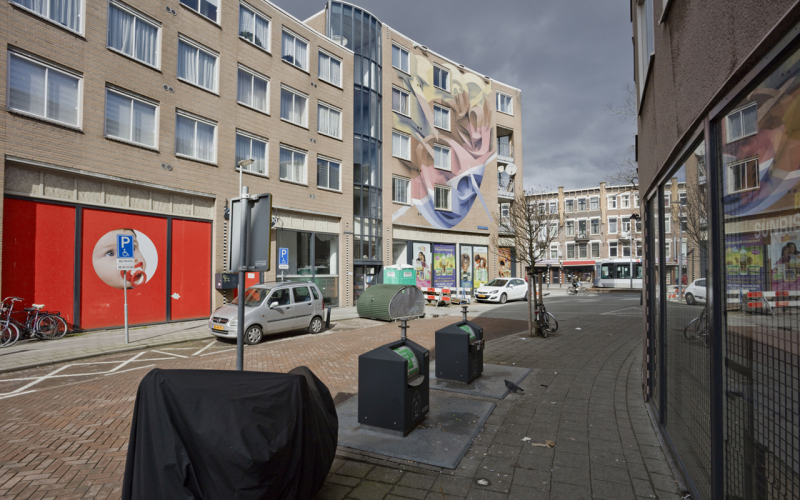 In 2017, various parties on and around the West-Kruiskade and the 1e Middellandstraat took the initiative to transform these streets into the Rotterdam Street Art Museum. As a result, eight large murals have been painted, which are now visited by many tourists. One of them is the Anamorphic wall Applied in 2018 by the Italian graffiti artist Peeta, aka Manuel Di Rita. In the painting, three-dimensional shapes appear to have been applied in the colors yellow, brown and red, white, blue. The shapes run over and over into each other. If you look at it from the side, it seems as if the windows protrude from the wall.

Since 1993, Manuel Di Rita, also known as Peeta, has been a graffiti artist. He currently lives in Venice. Peeta is a member of several crews in Padova, Italy and in New York. Over the years he has participated in graffiti jams and events across Europe and America. In his work he investigates sculptural (three-dimensional) lettering and often uses anamorphosis: a distorted image, which only looks realistic when viewed from a certain angle or under certain optical conditions. In his compositions, the geometric shapes of the design interact with the wall or the environment. In addition to murals and graffiti, he also makes sculptures.