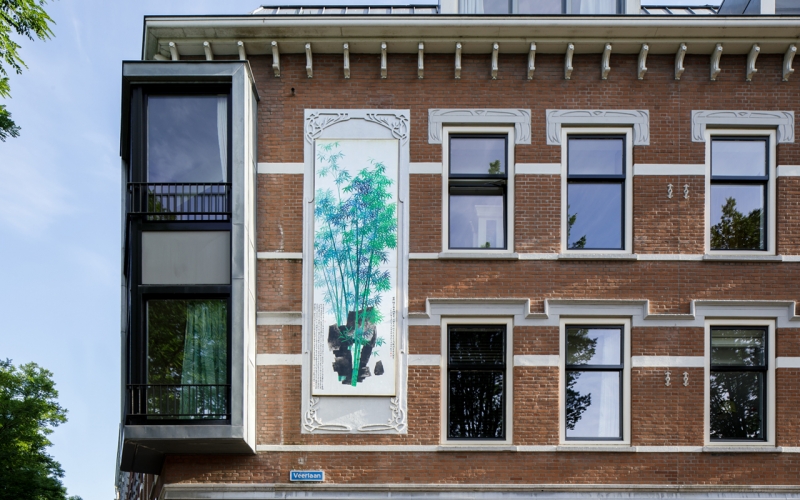 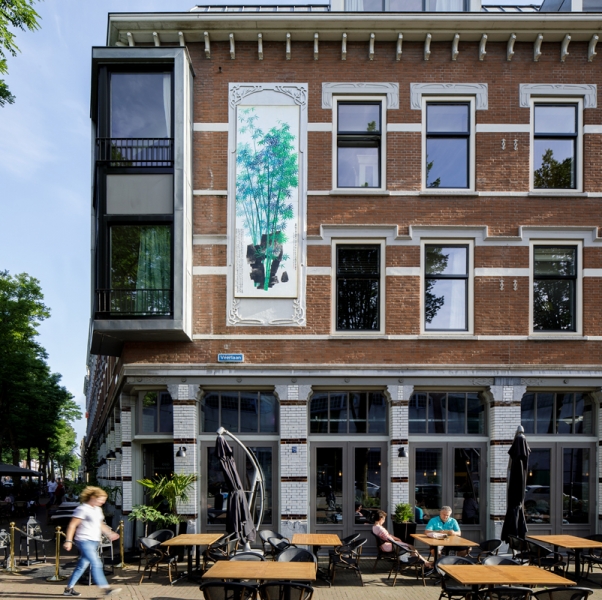 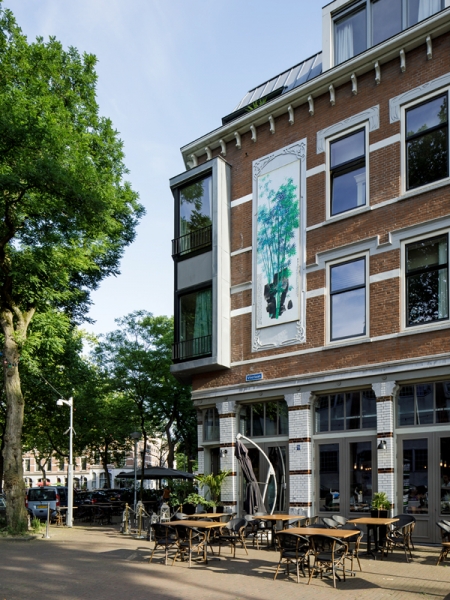 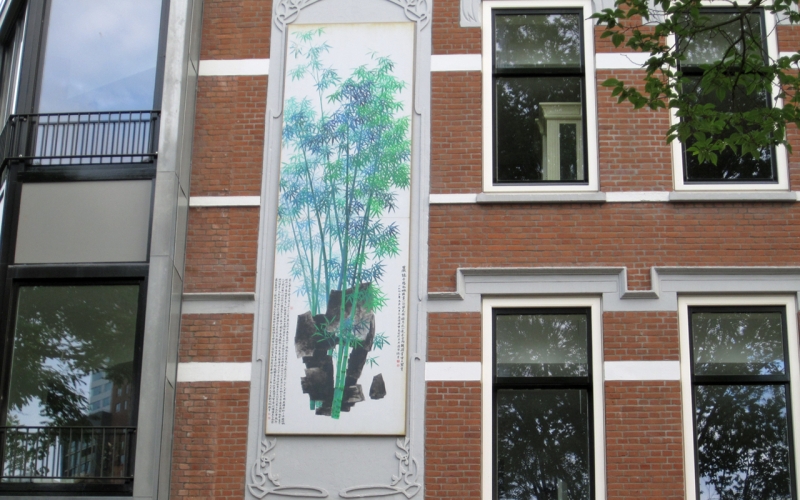 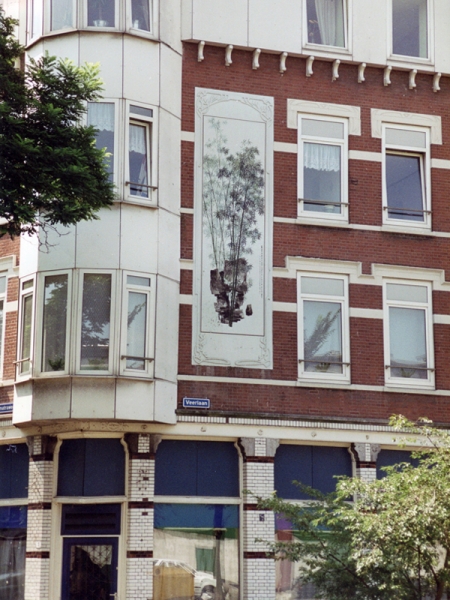 This is the first Chinese mural in Europe, originally created in 1994 by Chinese artist Li de Cai. At the time he lived in Katendrecht, not far from this ornamental frame. This painting appears to have played a role in Sino-Dutch trade relations, although the story does not tell exactly how or what. It is a fact that Sino-Dutch relations have a long history at Katendrecht. In 1911 Chinese workers came over from England as strike breakers. They continued to live on Katendrecht, which was still a port area at the time. Thus a Chinese community grew there, which is still present and visible on the peninsula. There is a Chinese church, an Asian supermarket and a Chinese tree as a monument to future generations. Story house Belvédère has a wall-filling photo of the Zee family, one of the mixed Chinese families who lived in Katendrecht, in its large reception hall. One day there would even be a European China Center, which eventually fell through. But there is this painting Bamboo and rock - is the Chinese title Jin jié lngyu. Li de Cai chose a well-known theme from the Chinese painting traditions: bamboo branches. He has depicted this in a soft, watercolor-looking painting style. Li de Cai often provided his paintings with a poem in Chinese, which is also the case here. The translation is:

The roots fall between the rocks
and sprout the germs.
The hollow, knotted articulated signs
are unspoiled but strong characters.
After a nocturnal spring rain the
stems, stripped of their casing,
through the clouds towards heaven.

In 1994, Mayor Huang Ju of Shanghai, the sister city of Rotterdam, unveiled the mural together with Mayor Bram Peper. After 25 years, the work was badly affected and was removed in 2019. For some time we have investigated whether the work could be restored, but unfortunately this turned out to be impossible. That is why it has been decided to make a new painting, which will be applied in 2020.

The Chinese artist Li de Cai (1943, Inner Mongolia) studied set design from 1960 to 1964 at the art academy in Inner Mongolia, an autonomous region in China, bordering (Outer) Mongolia and Russia in the north. After this study he developed into a watercolorist, calligraphist and painter. He ended up in the Netherlands and lived in Katendrecht on the Brede Hilledijk. Close by, on Veerlaan, he made a mural at the same time that he exhibited in the Netherlands with other artists of Chinese origin. In the Princessehof ceramics museum in Leeuwarden, among others, he showed his work with classical Chinese inspiration: themes such as bamboo, in a fine, restrained painting style that is close to the decorative, because realistic but without three-dimensionality. In his free work he used brushes and rice paper, which entails a certain soft line that you can also see in his painting on Veerlaan. He chose subjects that stem from Chinese visual traditions: bamboo, orchids, chrysanthemums and plum blossoms. To make it more accessible, he combined that with cows and mills, something that not every critic responded very enthusiastically. After that he would remain active as an artist in Rotterdam for a long time.