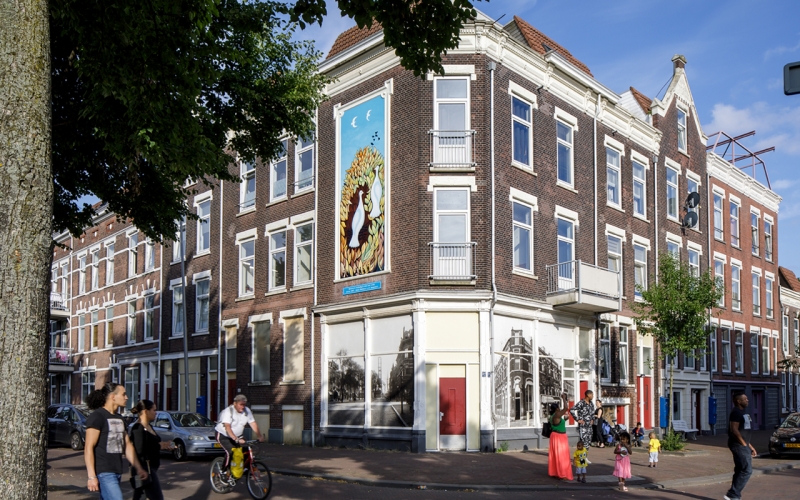 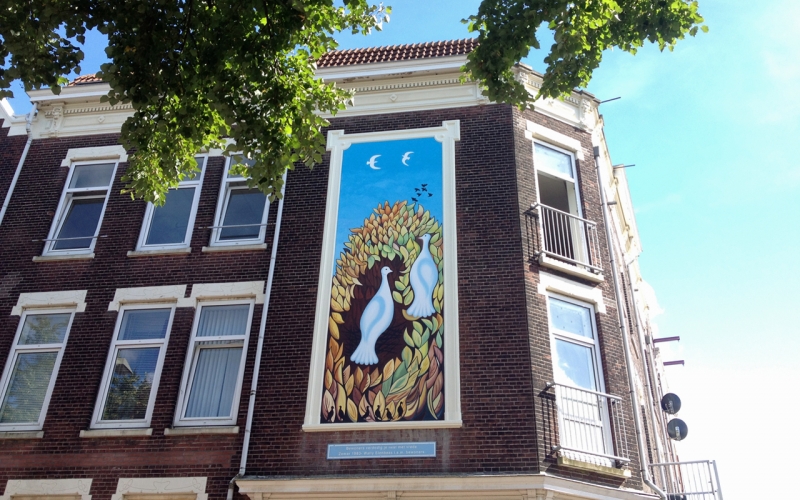 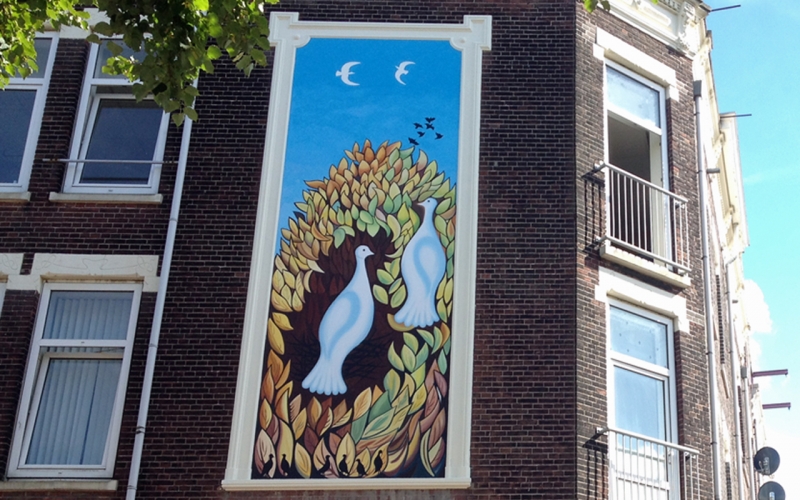 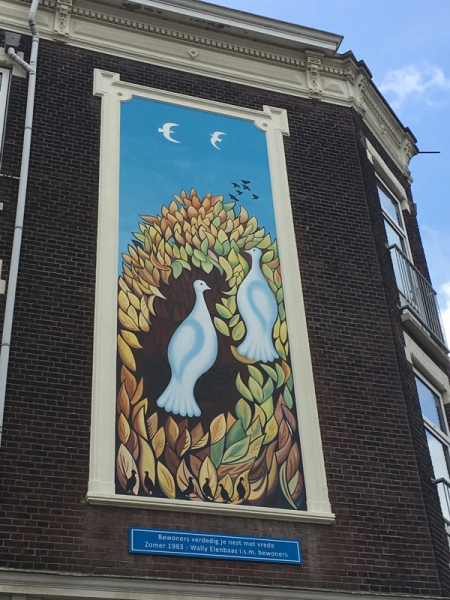 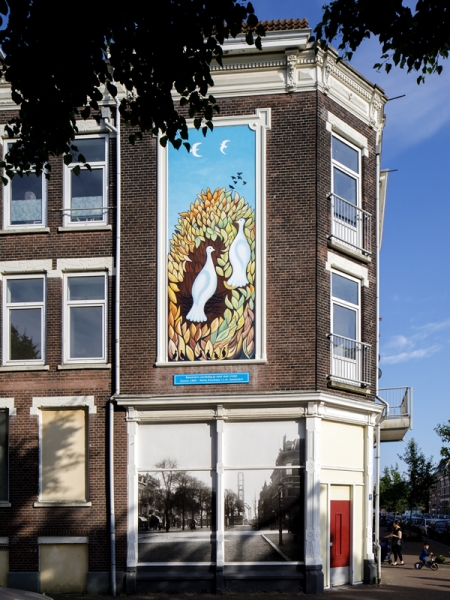 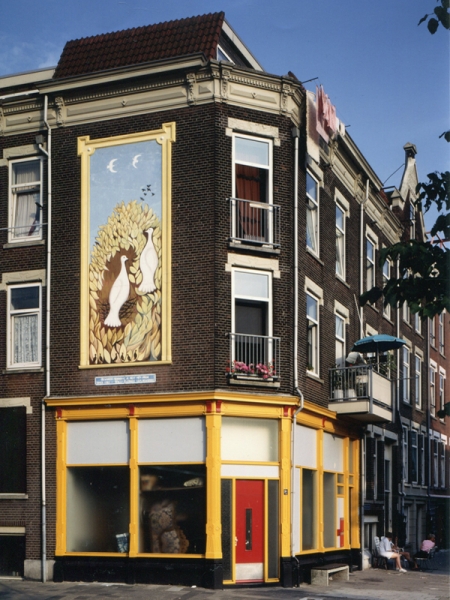 In 1983, artist Wally Elenbaas has applied this mural around the corner of his former home. Since 1942, Elenbaas has lived in the corner house on Katendrechtselaan and Rechthuislaan. It is a personal painting to encourage residents to take good care of their neighborhood. That message was of great importance in 1983, when organized crime had a foothold in Katendrecht and there were many conflicts. That was the subject of this personal message and it was well received, as evidenced by the fact that money has already been raised several times among local residents for the restoration. With its slenderness, the work matches the elegant lines and soft colors that you see in paintings and graphic prints by Elenbaas. It is a monument to Katendrecht that is about living together in the big city in general and on this peninsula in particular. It is a symbolic work of a nest with birds. That is a metaphor for a home and residents, building a nest stands for homeliness. Elenbaas underlined this with the title Residents defend your nest with peace. Defending means: take good care of your home, living environment and each other. The peace in the title indicates that you should not respond to violence in the neighborhood with violence. Be kind to one another, engage in and maintain a dialogue with each other, and try to resolve conflicts together that way. As a graphic artist, Elenbaas also made a poster with a bird and the text 'defend your nest with peace'. The mural was restored in 1999 and 2017. The restoration of the painting was part of the project Cape color, a collaboration between Verhalenhuis Belvédère and BKOR. While Cape color In the summer of 2017, a total of nine works of art were delivered in an ornament frame in the Rotterdam neighborhood of Katendrecht.

The Rotterdam artist Wally Elenbaas (Rotterdam, 1912 - 2008) was an important post-war graphic artist and has made many mosaics for the built environment. His work has been on display in exhibitions and has been included in collections, such as that of Museum Boijmans Van Beuningen, where he had a solo exhibition. Elenbaas won various prizes. In 2006 he received an honorary prize from the city of Rotterdam for his entire oeuvre. Together with his wife Esther Hartog (1905-1998), he photographed subjects that reflected their personal lives: each other, friends, travels, still lifes and the nearby surroundings of Katendrecht. Elenbaas would remain connected with Katendrecht all his life.