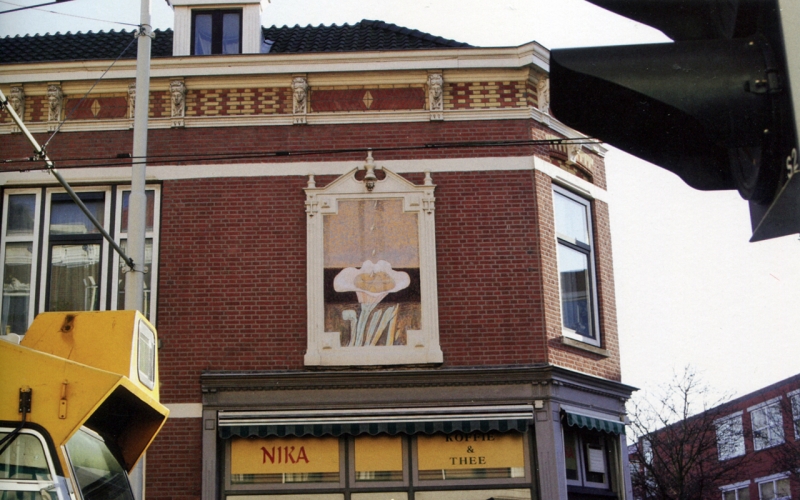 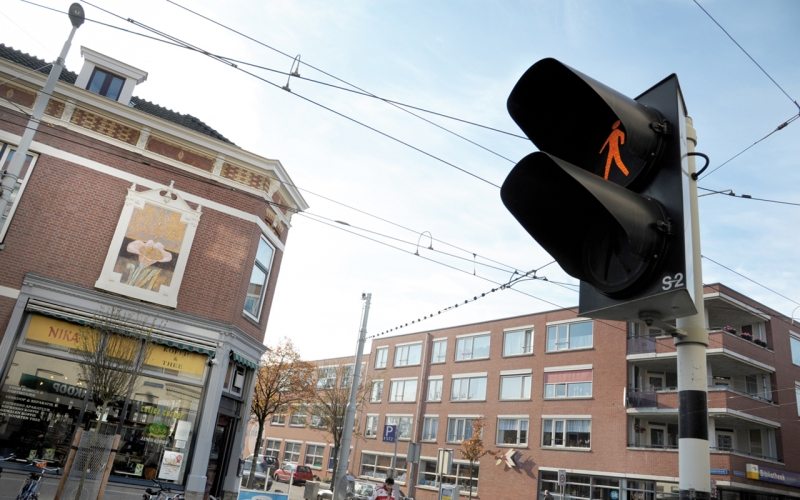 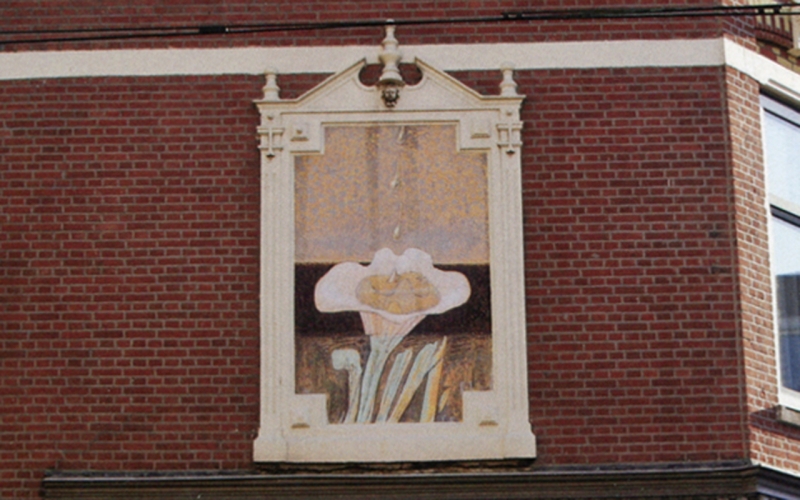 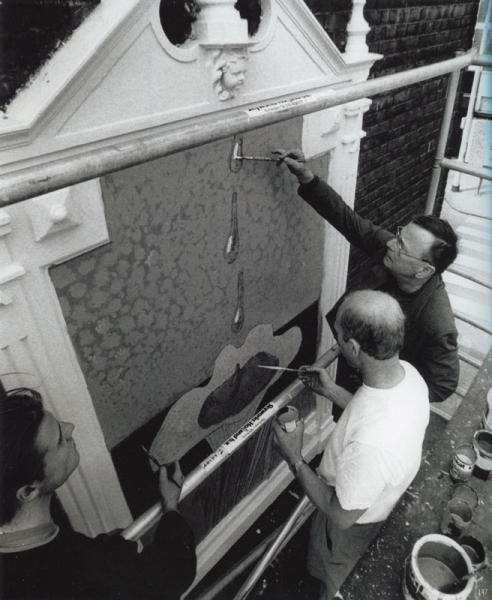 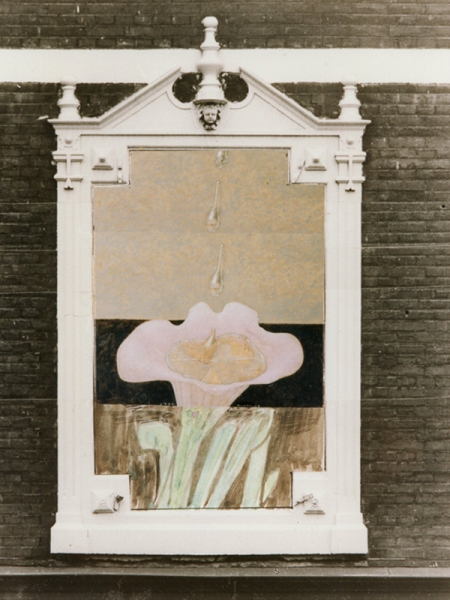 The painting is in the ornament frame on the corner of the Zaagmolenstraat and the Benthuizerstraat Flower with raindrops from coaster Co Westerik. It is a poetic mural, not only in terms of representation and use of color, but also in terms of meaning. A lily rises from the water and floats on a black-reflecting water surface, as in a poem by Frederik van Eeden. A few raindrops collect in the heart of the lily, which can also be tears. The flower symbolizes the world, because the faint pattern of the heart of the lily is reminiscent of a globe. Flower with raindrops could refer to the earthly valley of tears. The work was realized in the project in 1989 '100 Ornament moldings', a city project in which old, disused advertising frames are provided with works of art. The empty frames provided a great opportunity to show contemporary painting to the public. The project had support in the city, was successful and over the years grew into many paintings in the Oude Noorden, on Katendrecht, on the Noodereiland, but also elsewhere in the city. In 2011 the painting was restored by Westerik himself; he didn't want anyone else to restore his work.

Co Westerik (The Hague, 1924 - Rotterdam, 2018) studied at the Academy of Visual Arts in The Hague. After graduating in 1947, he made the painting The fishwoman, with which he won the Jacob Maris prize for painting in 1951. He later won this prize twice, as well as the State Prize for Visual Arts and Architecture, the Hendrik Chabot Prize and the Jeanne Oosting Prize. Westerik's work was part of many major international exhibitions and his work was purchased by, among others, the Gemeentemuseum Den Haag, Stedelijk Museum Amsterdam and Museum Boijmans Van Beuningen. In 1999 he was named Knight in the Order of the Netherlands Lion.