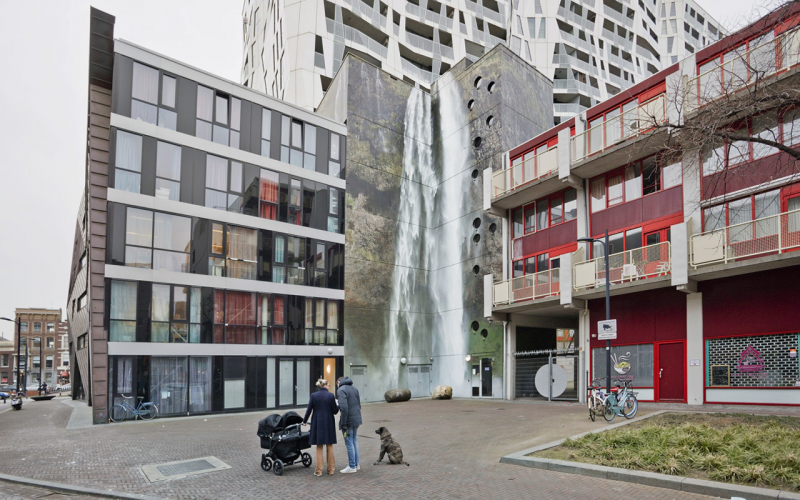 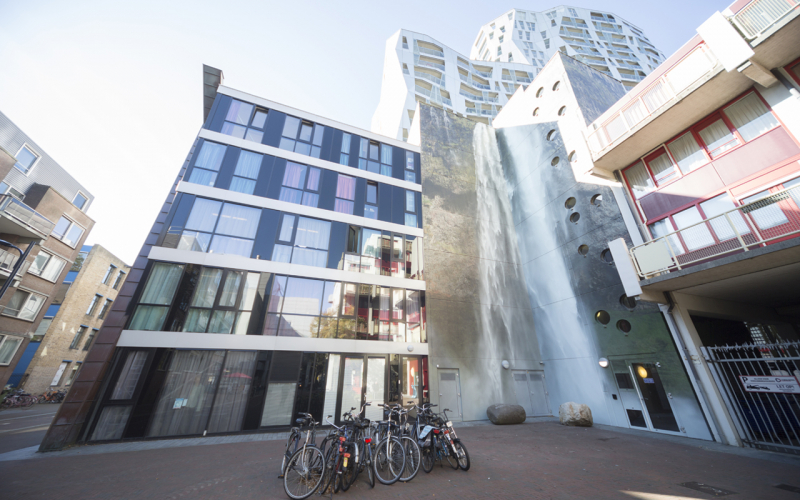 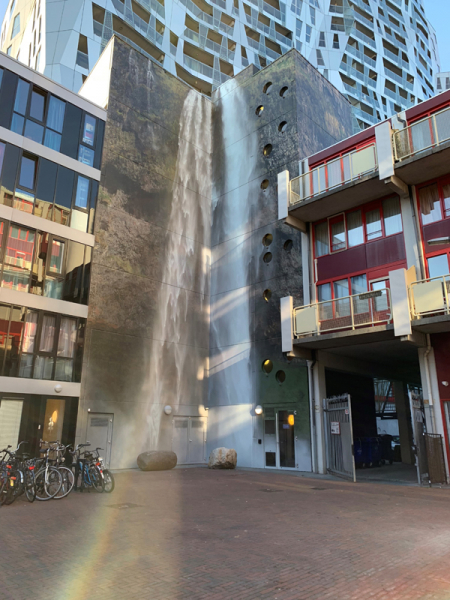 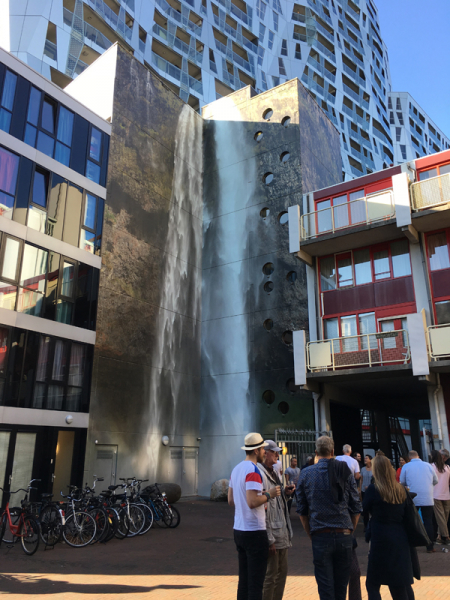 On October 11, 2018, Calypso Falls unveiled at the Mauritsplaats. At the back of the Calypso residential building, around the corner from the Pauluskerk, there is a huge photo showing a life-size waterfall. The Rotterdam artists Monique Benthin and Rick Messemaker based their work on a photo of Seljalandsfoss, one of the most famous waterfalls in Iceland located in the Skaftafell National Park. The photo is arranged in such a way that it looks like the water is really coming down from the wall. In front of the photo are two stones, possibly challenging onlookers to take pictures with the natural background – and that in the middle of the city. Calypso Falls was created by the Calypso Falls initiative group, consisting of residents of the Mauritsplaats, the Rotterdamse Schouwburg, Ondernemingsvereniging Schouwburgplein and the United Schouwburgplein Association. The project was realized with contributions from BKOR and Rotterdam Make It Happen, and carried out by Mothership.

Monique Benthin (Rotterdam, 1965) studied at the Willem de Kooning Academy in Rotterdam. She makes assemblages and is a photographer. She also works for art producer Mothership.

Rick Messemaker (Rotterdam, 1952) is a visual artist. He has photographed many Rotterdam artists for the books It didn't make me rich (1997) Sixty plus + (2007) in Artists do not retire