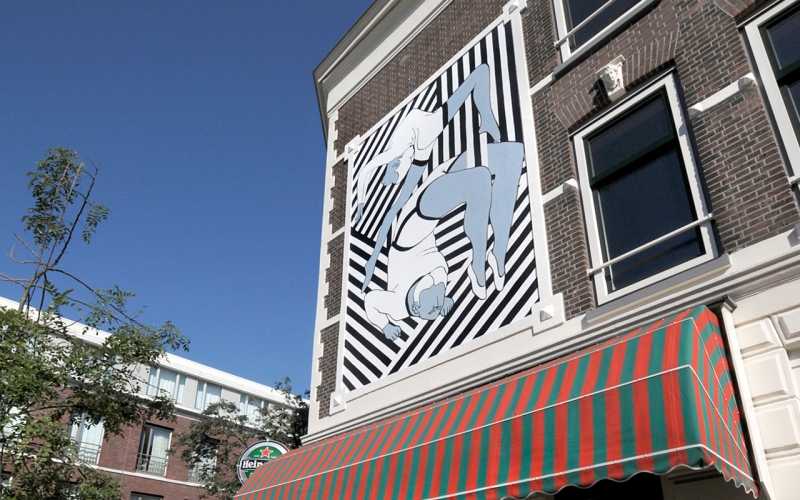 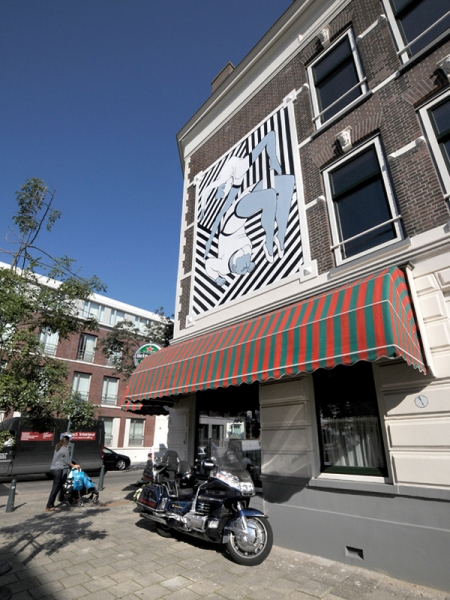 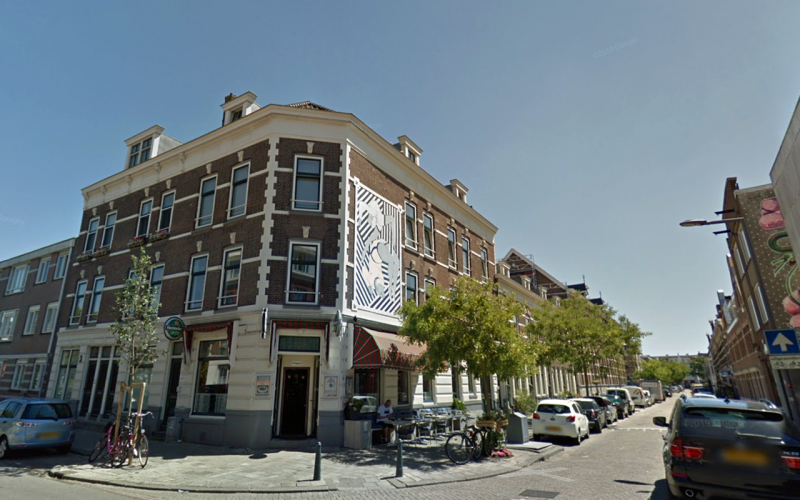 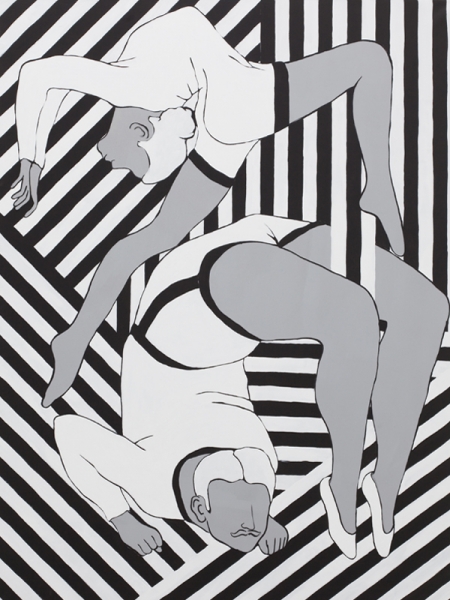 CBK Rotterdam, in collaboration with Havensteder and Sonor, developed a plan to provide renovated ornament frames around the Zwaanshals with a work of art. In total, seven new paintings were added to 2011 and two well-known works were restored. One of these works was made by Wafae Ahalouch. She makes paintings and installations in her own, drawing-like handwriting in a palette of black, white and gray. Ahalouch deals with politics and religion as the main themes. Her work is often about how people interact with each other. Holiness, power, innocence and relationships can be found in her paintings. Ahalouch describes her paintings as fictional and realistic at the same time, with a layer of humor. In this painting we see two acrobats who show their skills for an abstract background that refers to a circus tent. They try to seduce the spectators.

Wafae Ahalouch el Keriasti (Tangier, Morocco, 1978) lives and works in Amsterdam. She studied at the University of the Arts in Utrecht. Then at the Ateliers in Amsterdam and the Rijksacademie. She won the Royal Prize for Painting in 2003 and was nominated for the Amsterdam Prize and the Wolvecamp Prize. Important themes in her work are family, religion, history, politics, media and film. Her work consists mainly of black lines on a white background. She is also a teacher at the Breitner Academy in Amsterdam.