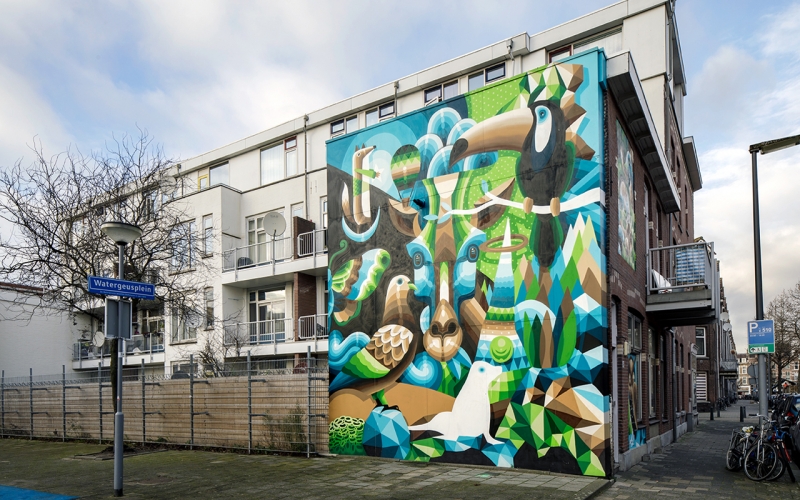 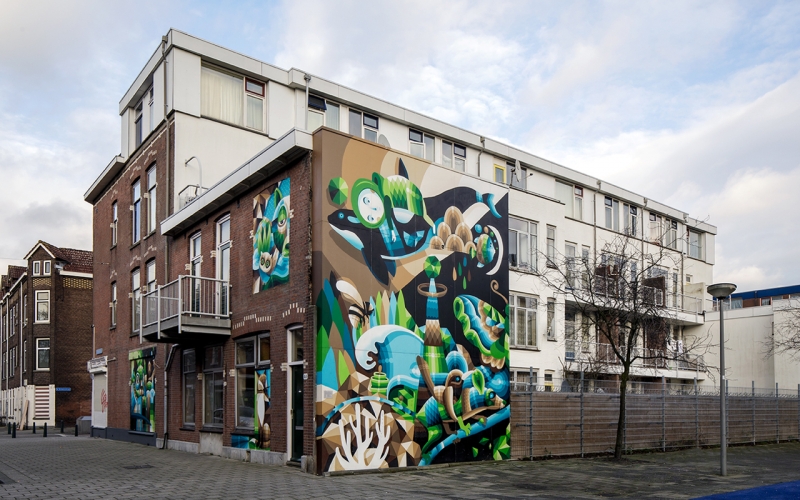 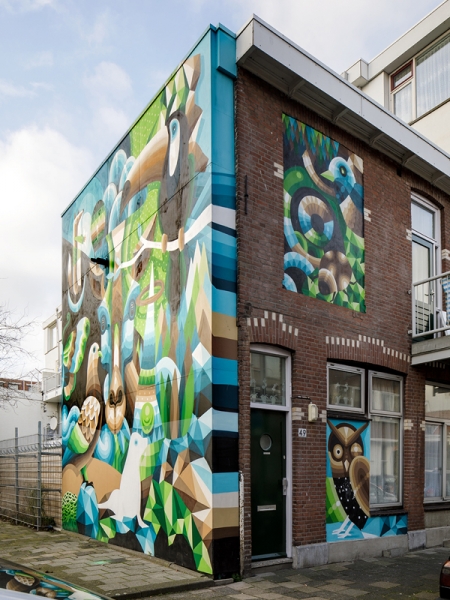 Concrete Jungle van Eelco van den Berg consists of two large walls of 6 x 6 m and five smaller surfaces on the side walls. The colorful work depicts many animals, such as a seal, toucan, owl, pigeon, whale, bee and a butterfly, so that a graphic and playful concrete jungle has arisen in the middle of the city. The work was delivered at the end of 2015 and was nominated for the Dutch Streetart Award 2016; a boost for the Bospolder neighborhood, where a lot is happening to improve the quality of life on the street. The project is an initiative of the Havensteder housing association in collaboration with Lotti Hesper, young people from the neighborhood and the Municipality of Rotterdam.

Illustrator and graffiti artist Eelco van den Berg (Uden, 1974) lives and works alternately in Rotterdam and New York. From an early age he has been influenced by hip-hop culture and graffiti. Since 1989 he has made graffiti under the name Virus, now he works under the name I am Eelco. In order to be able to tell more in his work, he also started making figurative work. His style is distinguished by strong use of color and clear lines. He mainly draws his work by hand and an important theme is animals. To be murals can be found in Antwerp, Berlin and New York, among other places, but he also makes murals in offices and schools. In 2015 he was in the top 10 of the most talented street artists from New York.