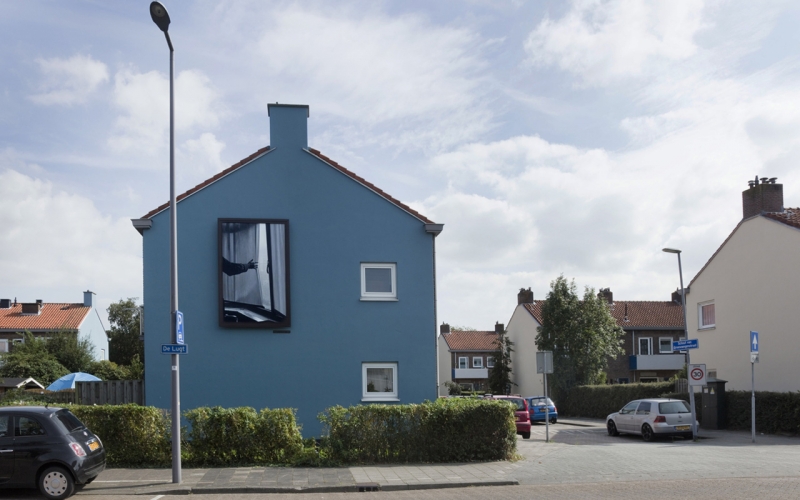 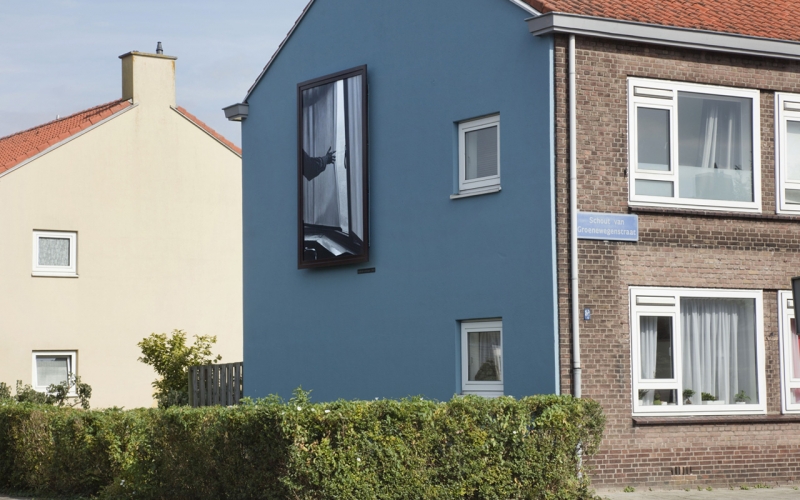 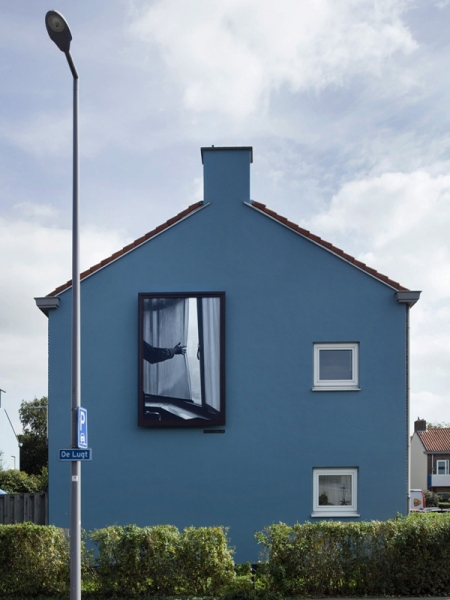 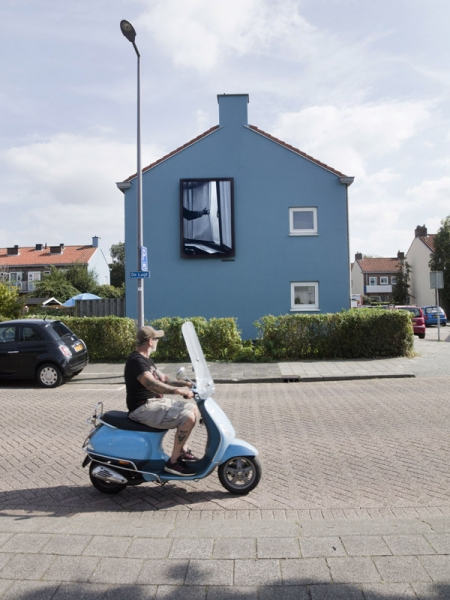 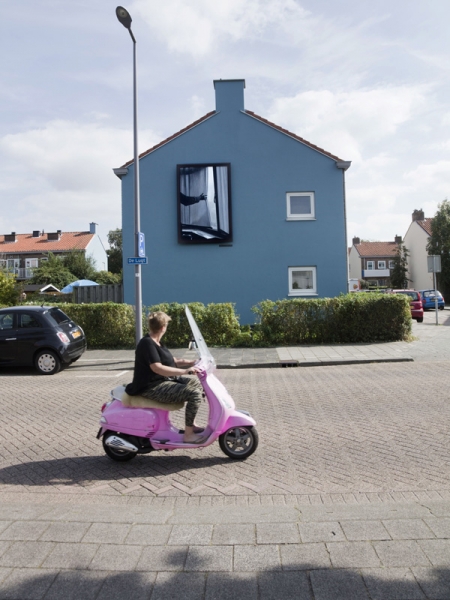 Curtain was made in 1993 by Helena van der Kraan (1940), commissioned by the then corporation / foundation Onze Woning. This is a painting of her photo Curtain (1991), meticulously (after) painted by Atelier Leo Mineur (commissioned by the maker). Van der Kraan is a renowned photographer. In 1968 Van der Kraan fled from her native Czechoslovakia to the Netherlands, where she was admitted to the Haarlem post-academic art course Ateliers '63. In 1970 she bought her first camera, with which she photographed the performances of her husband, visual artist Axel van de Kraan. In the years that followed, photography grew into her medium. She prefers to work in black and white. She also experiments with different photographic techniques, such as gum printing and printing photos on canvas. She still takes analogue photographs and makes her own prints. A large part of her oeuvre consists of self-portraits or portraits of people from her close environment. Everyday objects in and around her home are the subject of her photographed still lifes from the XNUMXs and XNUMXs. They are traces of her daily life: an empty coffee mug in a niche, dishes in a basin or the cat on the table. In Curtain we see a hand that moves the curtain a little to one side, as if someone is secretly trying to look outside. The painting has been restored in 2019 and applied to a new blue painted facade (thanks to Woonbron).