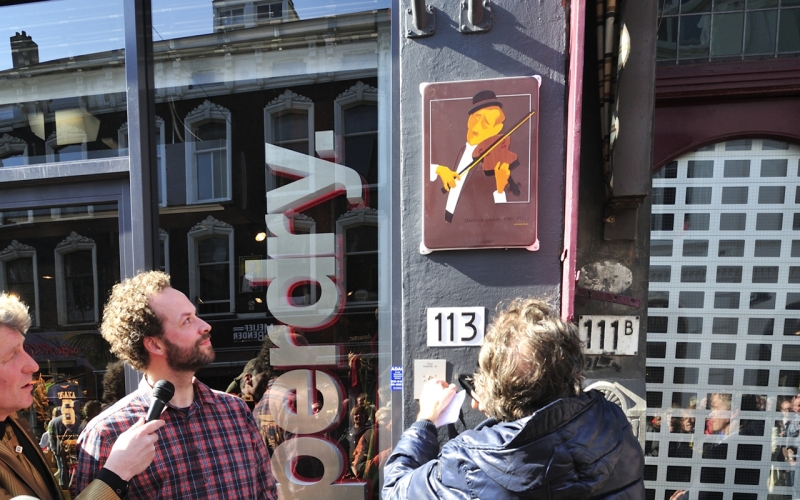 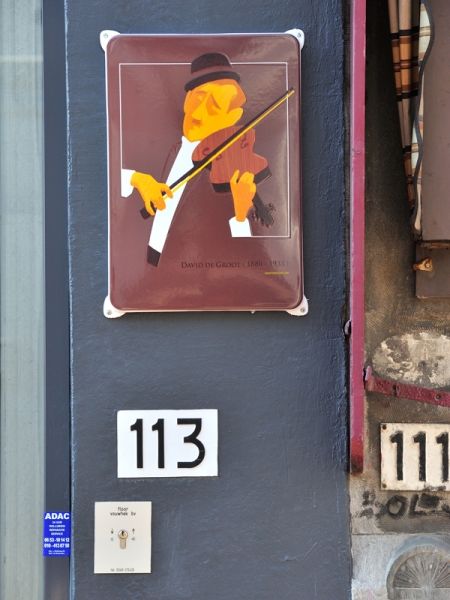 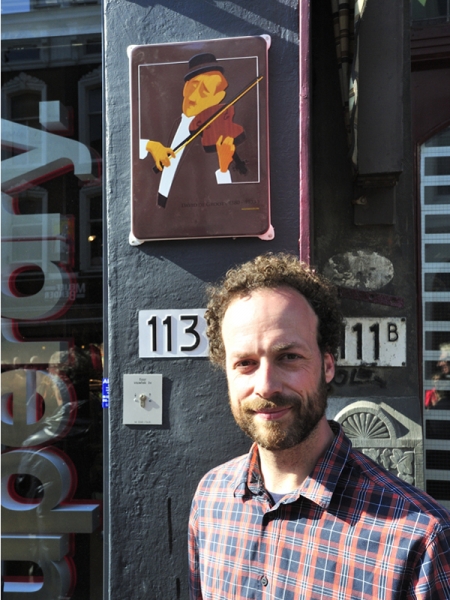 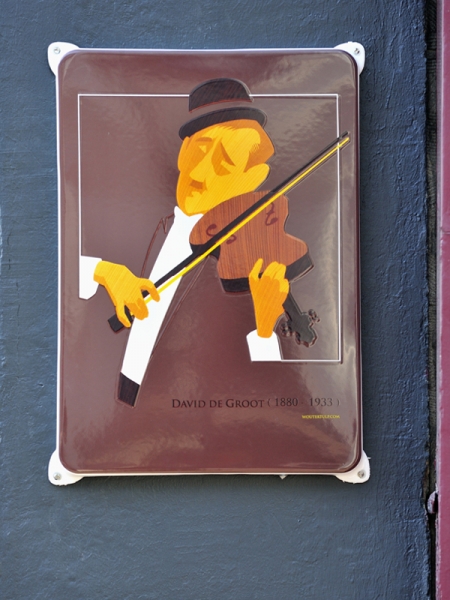 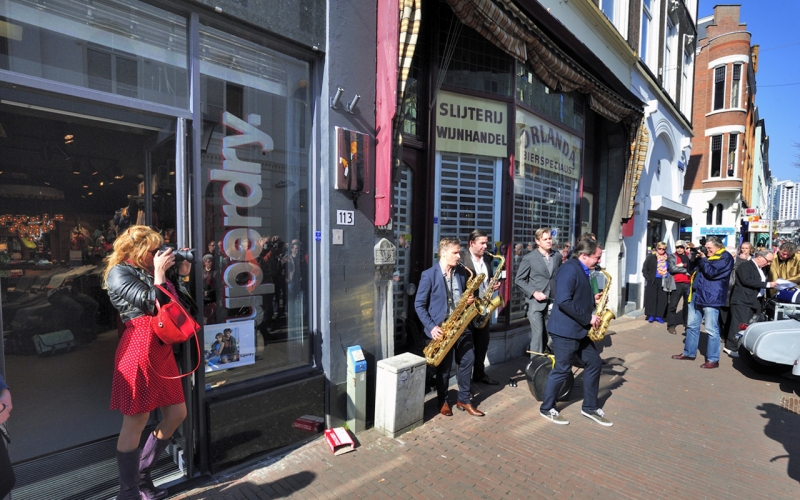 Since 2013 portraits of famous deceased Rotterdam jazz musicians have appeared on and around the Oude Binnenweg. The portrait series has grown into a jazz and comic strip route as a memorial to an important Rotterdam music history. The portraits are made by renowned cartoonists and illustrators. This is a portrait of David de Groot (Rotterdam, 1880 - London, 1933). In 1908 De Groot became musical director and solo violinist of the orchestra of the Piccadilly hotel in London. For twenty years he performed the latest (dance) music there. The celebrated conductor has made more than 150 recordings for the His Master's Voice label, including a large number of ragtimes, such as Alexander's Ragtime Band en Down in Jungle Town. The jazz and comic route is realized by BKOR and Rotterdam Jazz Artists Memorial (R'Jam). With this route they try to save the Rotterdam jazz celebrities from oblivion. An extensive biography of the cartoonists and musicians included in the series can be found at www.r-jam.nl. The vinyl album is in honor of this project Jazz from R'jam was released, on which all portrayed jazz musicians can be heard.

Wouter Tulp (Rotterdam, 1979) studied illustrator at the Willem de Kooning Academy in Rotterdam. He has been a freelance illustrator since graduating from 2001. His work varies from caricatures, children's book illustrations, editorial illustrations and animations.