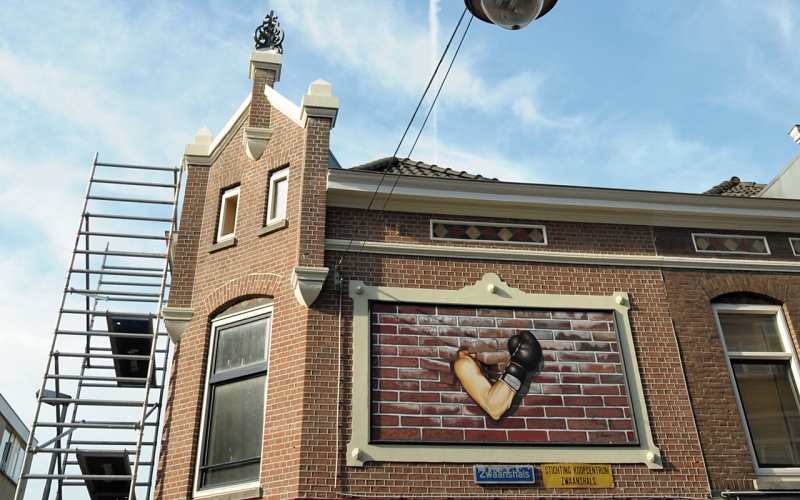 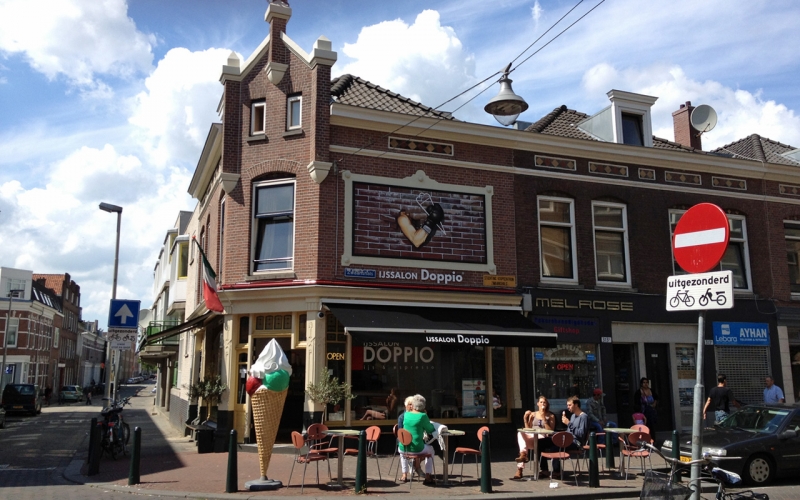 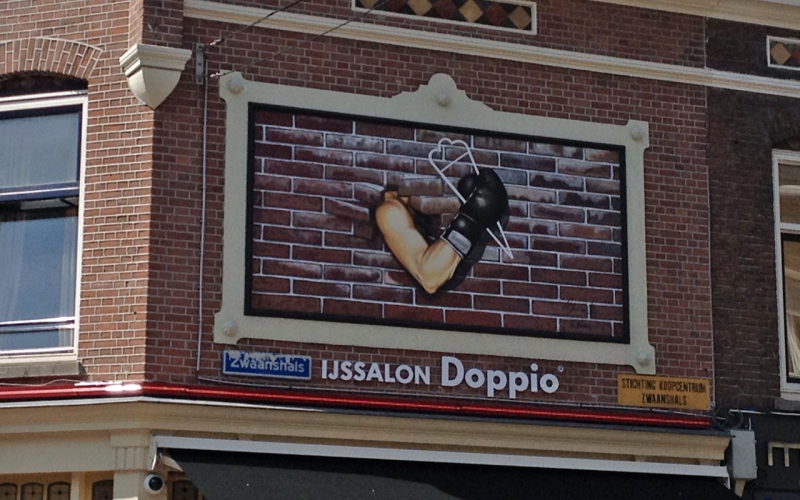 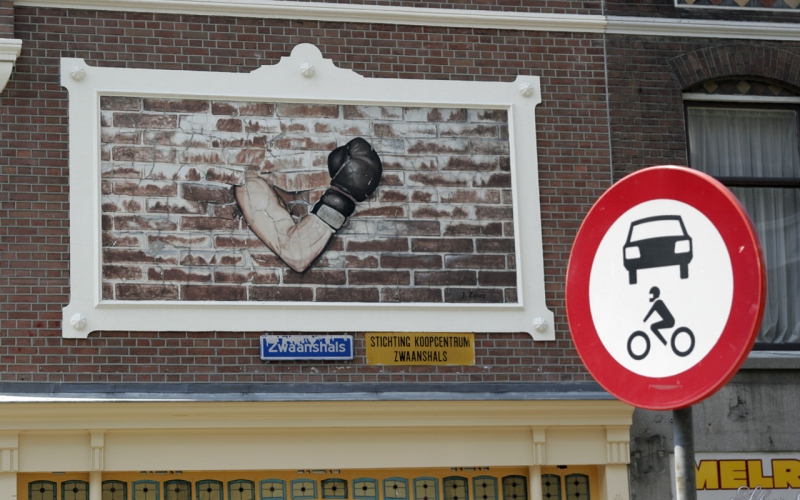 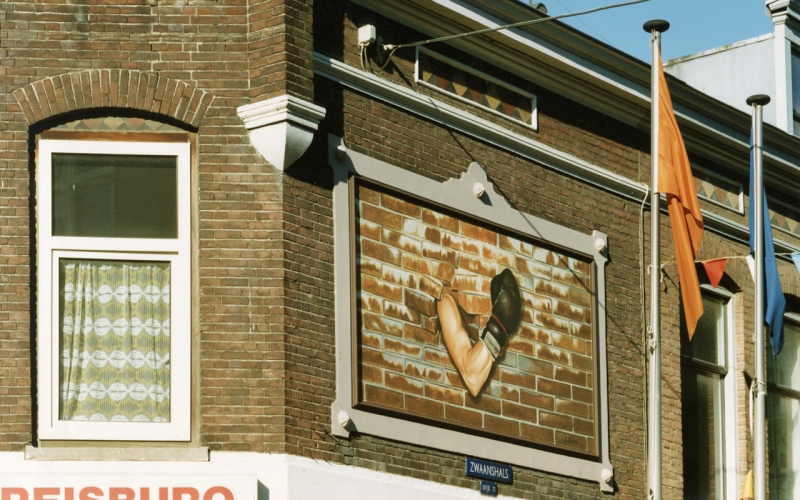 This painting in an ornament frame is called The breakthrough and is a design by Jaap Zwier. The work is located on the corner of Zwaanshals and Woelwijkstraat. The breakthrough is a tribute to boxer Leen Jansen. The name of the work was coined by people in the neighborhood. Jaap Zwier wanted to make a design that suits the neighborhood, because most Rotterdam boxers come from the Oude Noorden or Crooswijk. In order to render the painting of the punching fist through the wall as realistic as possible, Zwier had the scene performed in real life. He spent hours building a wall with a hole in it, until the hole was to his liking. Then he asked someone to pose by standing behind the wall and put his arm and hand with a boxing glove through the hole. While Zwiers took the photos, a woman had to constantly throw stones at the wall to recreate the breakthrough as lifelike as possible. When the photo was successful, Zwiers sent it to an advertising agency that specialized in exterior paintings. The photo was projected onto the ornamental frame and executed by specialized painters. Twenty years later, the work of art had deteriorated due to wind and weather. Many facades were renovated due to a large-scale restructuring of the Oude Noorden. Havensteder (the former PWS) and Sonor took the initiative to fill in existing ornamental lists again and approached CBK Rotterdam for this. This painting was therefore restored in 2011 by Atelier Leo Mineur.

Jaap Zwier (Utrecht, 1952 - Rotterdam, 1990) was an assembly artist, installation artist and photographer. He was a man of the idea. He went through the Rotterdam art academy and was subsequently a well-known figure in the Rotterdam art scene of the XNUMXs and XNUMXs. He managed the passenger tunnel of the former Central Station The Kijkdoos, the smallest museum in the Netherlands. It was a display case with the caption 'For your daily art'. From 1984 to 1989 he managed the gallery 'De Smiling Koe', a place where young, unknown and above all local artists could show work that had no place in the regular gallery circuit. 'The Laughing Cow' closed in 1989 and a year later Zwier died at the age of 38.