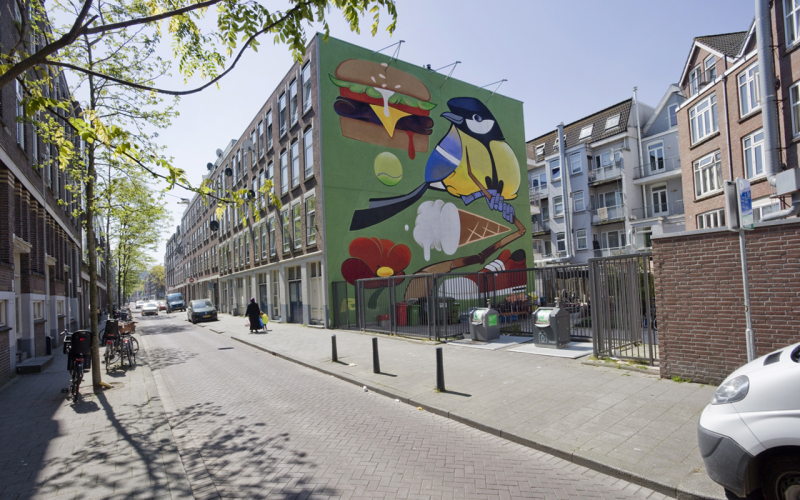 Illustrator and visual artist Danny Rumbl, aka Ready2Rumbl, painted this colorful mural in five days. This mural was initiated by Rewriters010. Three artists had submitted a sketch to them, on which local residents and stakeholders could vote online with a ballot. Ready2Rumbl's design won. The painting is called The great tit, a reference to the grill restaurant 'Koolmees', known in Rotterdam, on the corner of 1e Middellandstraat and' s Gravendijkwal. This mural is part of the Street Art Route through the Old West.

The Rotterdam artist and illustrator Danny Rumbl works under the name Ready2Rumbl. His style is characterized by the use of bright colors and a clear visual language, in which animals can often be found. He gets his inspiration from well-known food and fast food characters. In addition to Rotterdam, Ready2Rumble has made murals in Vienna, Bristol and Paris, among others.