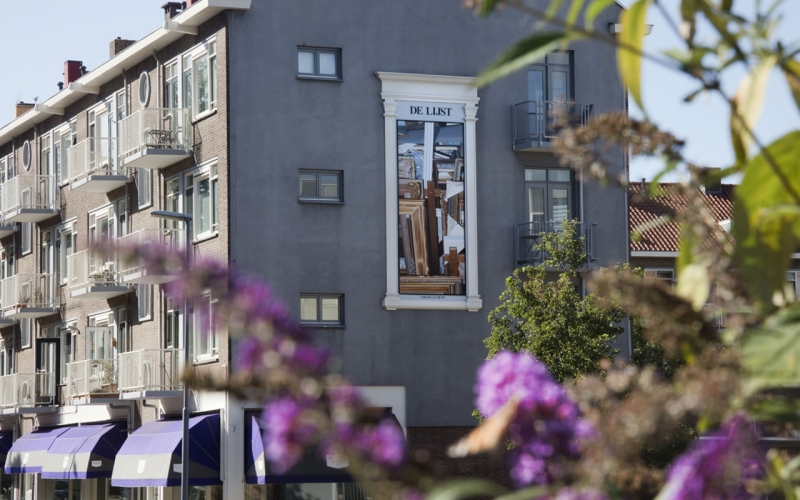 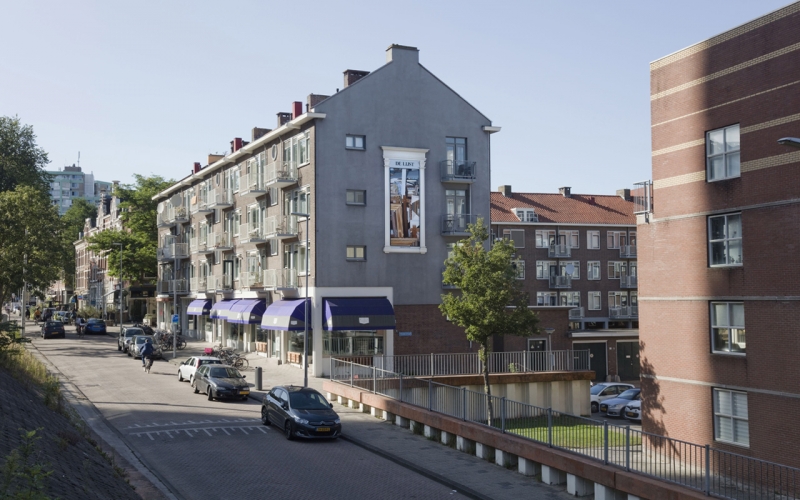 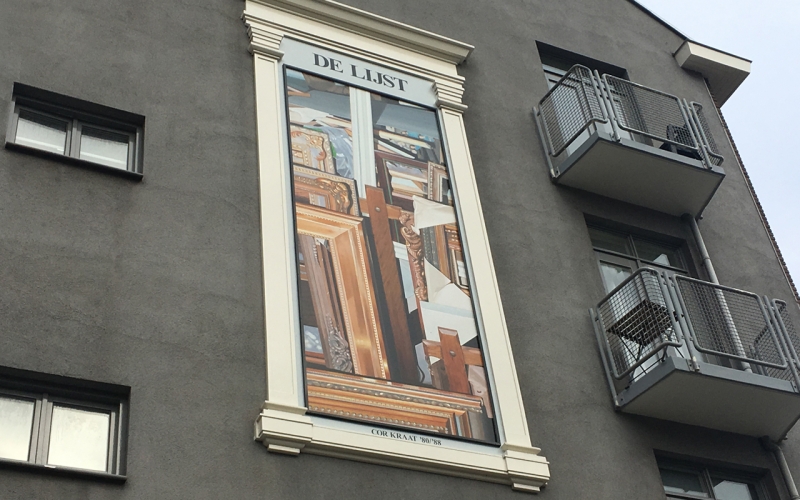 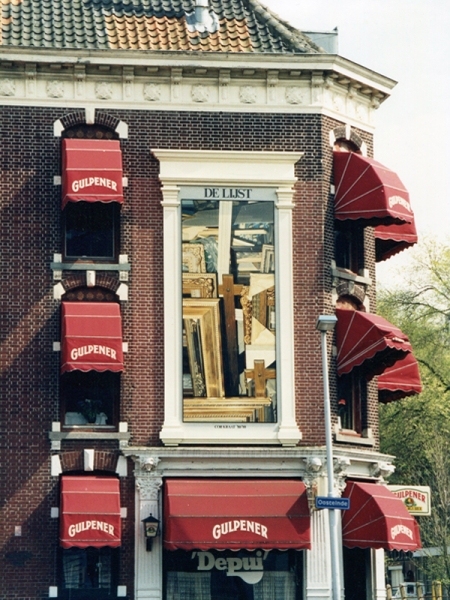 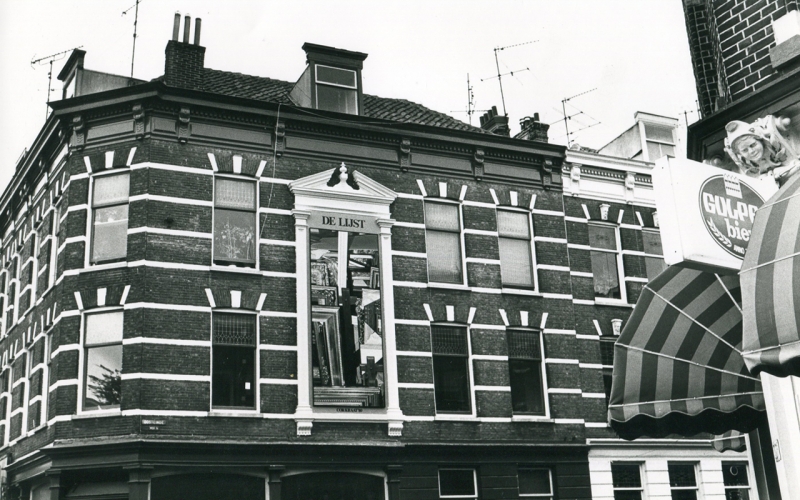 Construction and demolition is always taking place in Rotterdam and that sometimes has consequences for art in public spaces. This mural has already changed location twice. The List van Cor Kraat was first unveiled in 1980. It hung in a classic ornament frame on the residential block opposite café De Pui and the restaurant De Lijst located above, on the corner of the Oostzeedijk Beneden and Oosteinde. In 1988, after the block was demolished, the work came to hang on the opposite side, that is, on the facade of café De Pui itself, which was specially provided with a (fake) ornament frame for that purpose. In 2000 the work had to disappear again, because it was in a very bad state. In 2002 a reproduction has been made on the corner of the Oostzeedijk Beneden and the Vlinderstraat. Residents have lobbyed for this and were able to do so with the help of CBK Rotterdam The List will be unveiled in January on the facade of the (then) Galerie Blik. Unfortunately, the artwork and the frame turned out to be irreparably damaged by moisture at the end of 2018. BKOR commissioned Atelier Leo Mineur to redo the painting and Vorm & Decor to reconstruct the frame in a sustainable way. End of April 2019 The List delivered again. Thanks to Woonstad Rotterdam for making the facade available.

Along the Maas, ode to Jaap Valkhoff