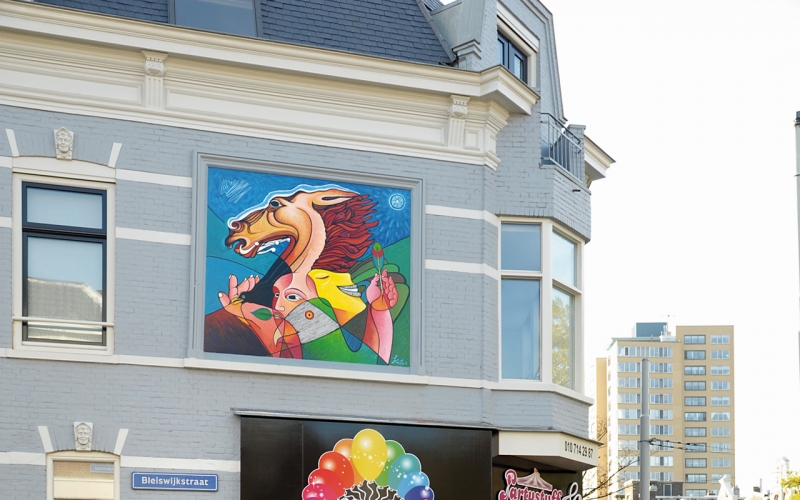 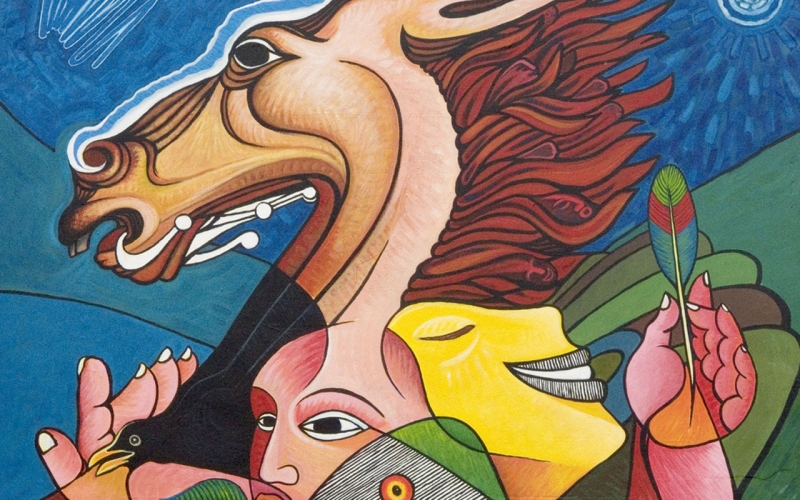 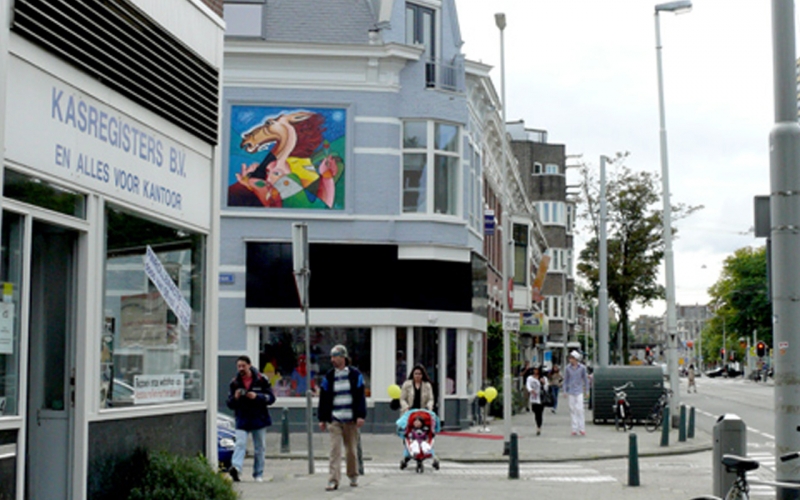 The area around the Zwaanhals was renovated in 2011. Havensteder and Sonor took the initiative to refill existing ornamental frames and approached CBK Rotterdam for this. Jorge Kata Núñez is no stranger to Rotterdam mural art. Kata Núñez was banned from Chile in 1977 for political reasons and by the military dictatorship of Augusto Pinochet and came to the Netherlands by invitation. From that moment on he developed his interest in wall painting. He has made more than sixty murals throughout the Netherlands at public buildings, schools, universities or walls in public space. In the beginning he mainly painted murals that appealed to people's sense of solidarity. But this painting with the title The blackbird is singing expresses the love for nature. The last couple of years that has been his motivation for his work.