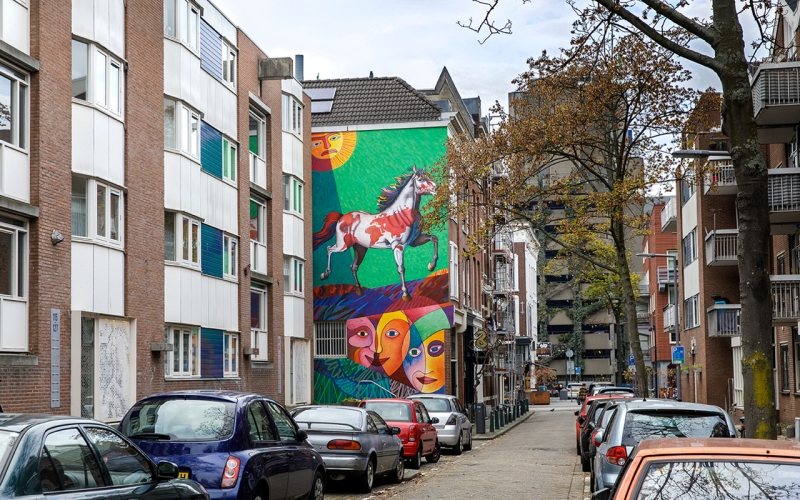 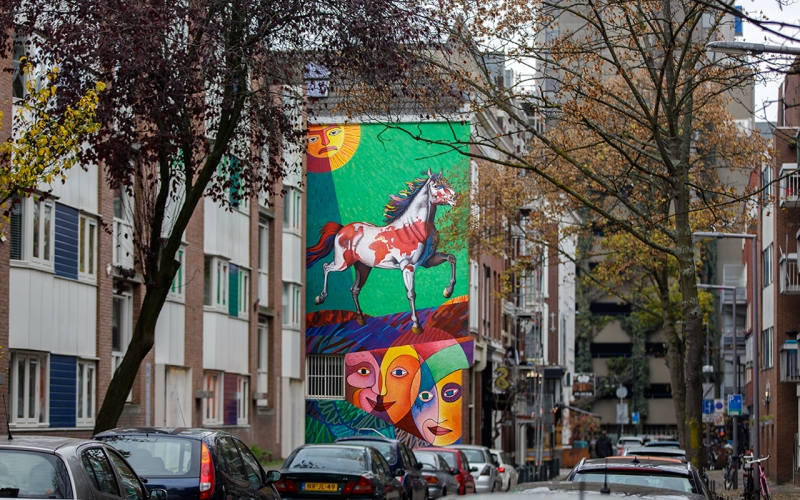 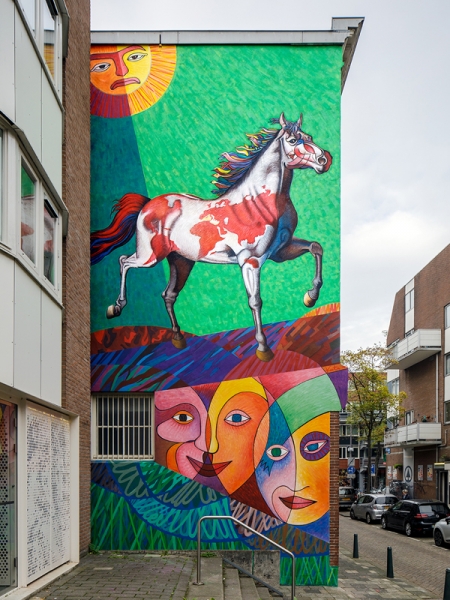 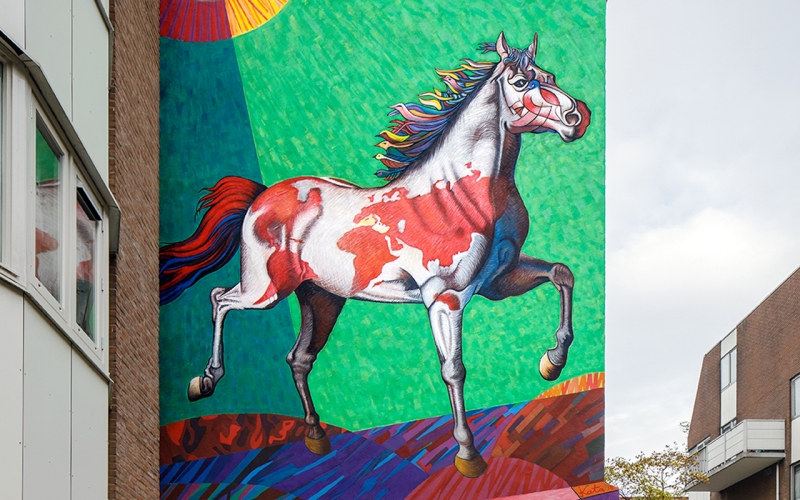 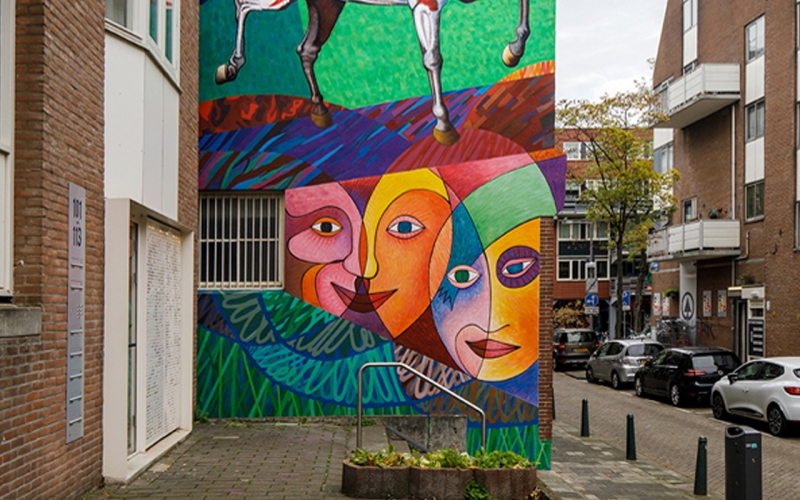 This colorful mural was created by Chilean artist Jorge Kata Núñez and was unveiled on September 8, 2007 during the 'September in Rotterdam' festival. The artwork is called El Trotamundos (the world traveler) and shows a galloping horse, which not only symbolizes freedom, but also global citizenship. The horse carries the world map on its body and a peace dove on its face. He runs proudly past, his tail waving in festive colors like a banner behind him. This animal will get there, despite the stern look of a little sun in the top left corner. At the feet of the horse it is more cheerful: large, round, clownish heads that look a bit like a full mane, smile amiably. They are drawn in such a way that it appears as if they are projected from the grid into the wall. The painting was commissioned by a number of residents of the street. Núñez was a pioneer of wall painting in our city. In other words: street art in Rotterdam started with him. During a visit to Rotterdam in 2018, Núñez offered El Trotamundos to restore. After eleven years the mural made a somewhat dull impression. In collaboration with CBK Rotterdam, the painting was renewed and the Zwarte Paardenstraat received the work with its unique colors.