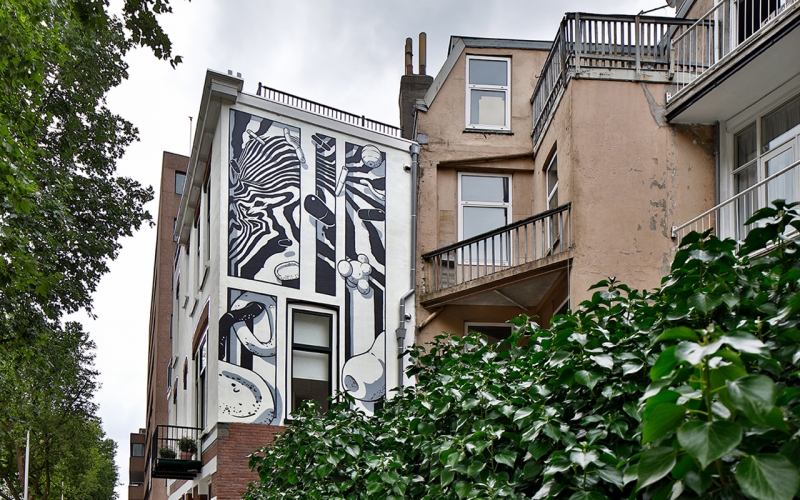 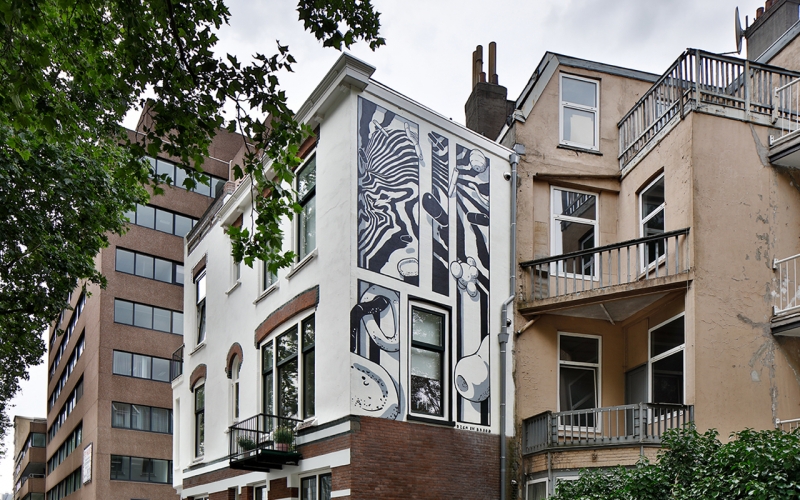 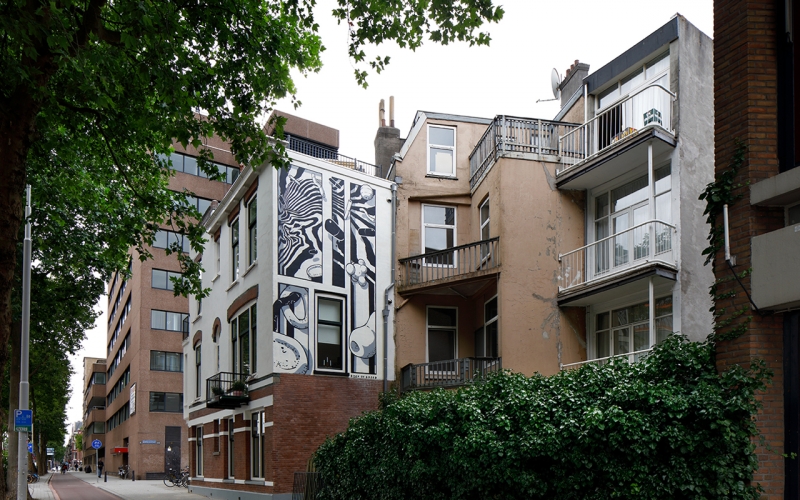 On the side of the house on the corner of Rochussenstraat and Saftlevenstraat, a large black-and-white mural has been applied by the Beer and Bread duo in 2017. The painting is opposite the Erasmus MC, the hospital where countless people are examined daily. That is why this is called work Endoscopy, which is derived from endoscopy, which literally means looking inside. Endoscopy is an investigation into the interior of the human being. In the painting we see cells, bacteria and medicines that have been examined and shown enlarged. The objects flow out of the frames of the painting and move out into the world. This mural was initiated by Rewriters010.

Bier en Brood is a collective consisting of Koen Harmsma and Jelmer Noordeman. They both studied Illustration at the Willem de Kooning Academy in Rotterdam. Their own black and white style is inspired by nature, architecture and machines. They make very detailed pen drawings as well as giant murals.