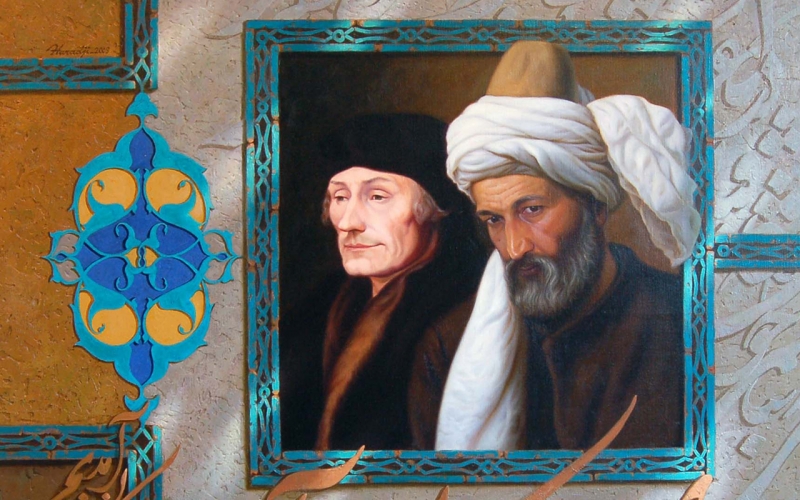 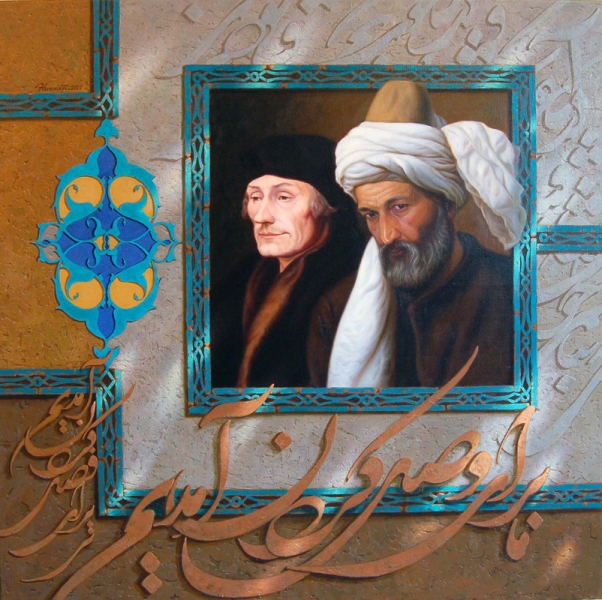 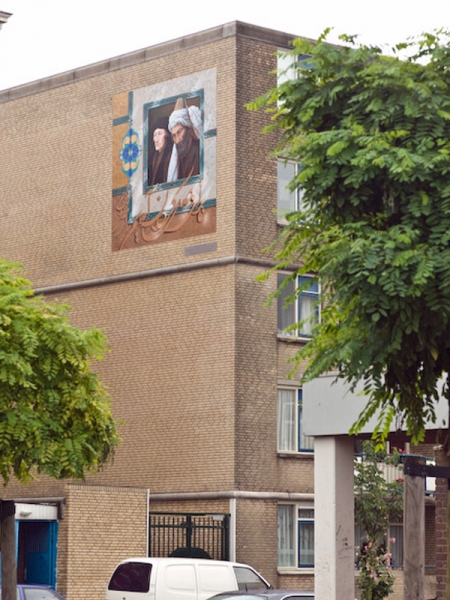 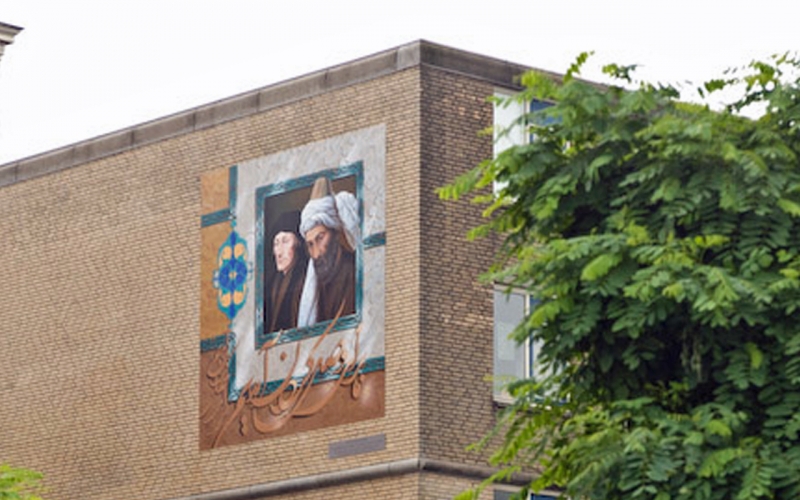 On Thursday 10 July 2008, a work of art was unveiled in the Erasmusstraat: a painted double portrait of Erasmus and of the Persian poet-philosopher Rumi Mevlana. Below the portraits is the line of poetry 'We come to unite, not to part,' taken from a poem by Rumi. The painting Erasmus & Rumi was created by the Iranian artist Ahmad Haraji and was the starting signal for the redevelopment of the Erasmus neighborhood. By immortalizing the two great representatives of 'Eastern' and 'Western' humanism in one portrait, the Erasmus neighborhood in North Rotterdam has been given a special work of art. Jalal ad-Din Rumi (1207-1273) and Desiderius Erasmus († 1536) never actually met, but they had a tremendous influence on spiritual life worldwide. Commissioned by Opbouwwerk Sonor and CBK Rotterdam, Haraji portrayed the poet and the thinker in a unique way. Set in a 'Dutch' composition by Mondrian and full of 'Persian' image features, Haraji bears witness to a special cosmopolitanism. In 2007 the 'Mevlana Year' was celebrated and the initiative for this painting was taken. In the Turkish community, Rumi is known as Mevlana. Click here for the article Erasmus' statue by Willem Frijhoff in the Rotterdams Jaarboekje 2009.

Ahmad Haraji (Borujerd, 1969) was born and raised in Iran, but has lived in Groningen since 2000. In his younger years he was influenced by Rahim Navessi, one of Iran's most famous realistic painters. Since then Haraji knew that he also wanted to become a realistic painter. Haraji studied graphic design and illustration (master) at the Academy of Fine Arts in Tehran. He then worked for a magazine in the largest arts center in Iran. In 2000 he moved to the Netherlands and in 2006 he graduated from the Minerva Academy in Groningen. He paints landscapes, portraits and still lifes. The play of light and dark is clearly present in his work.