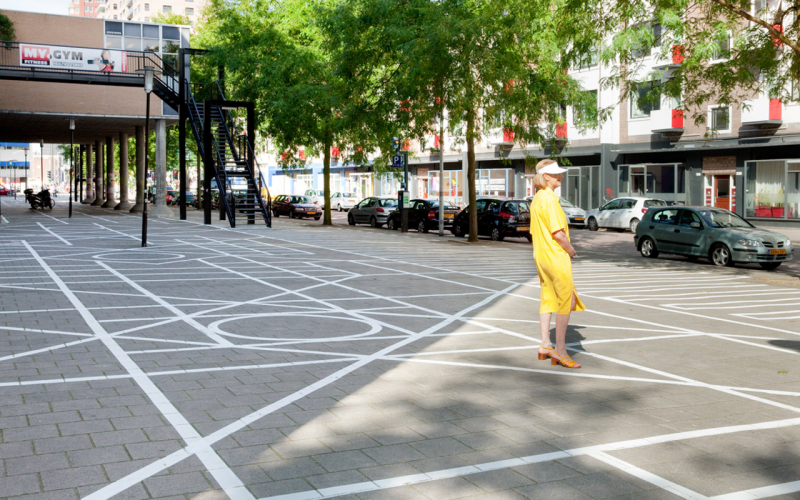 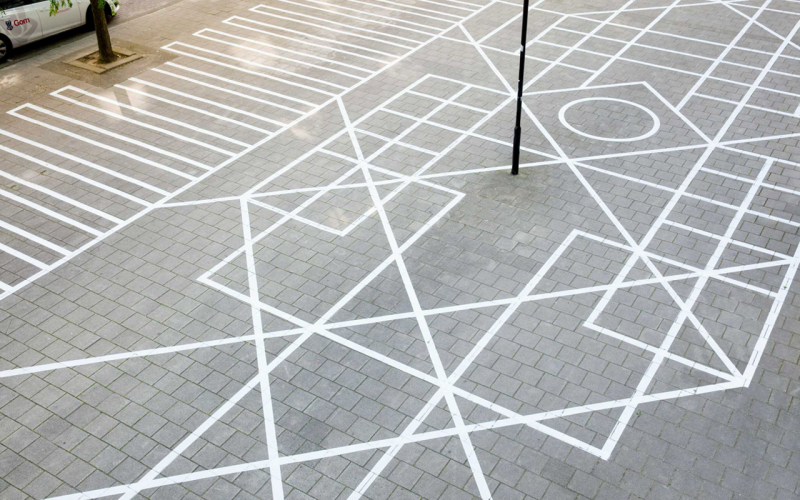 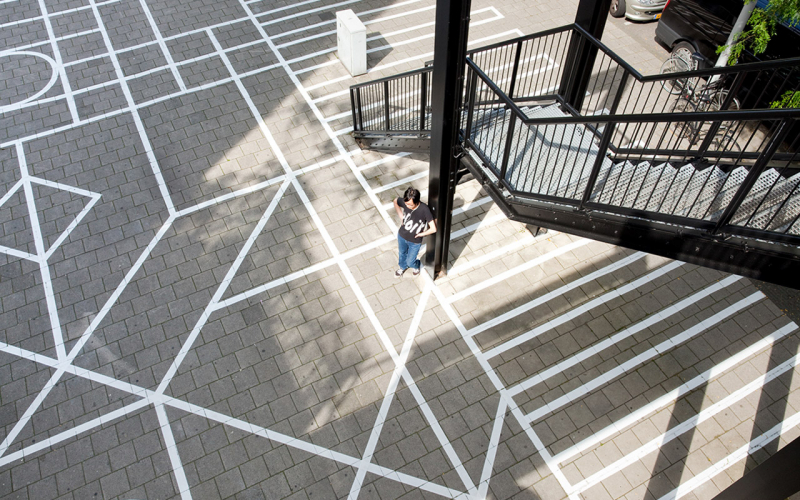 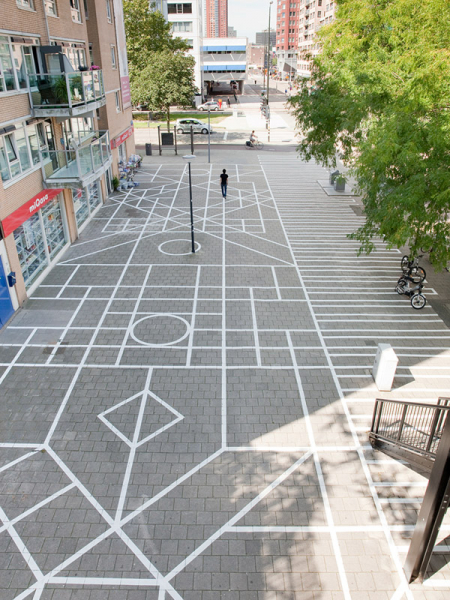 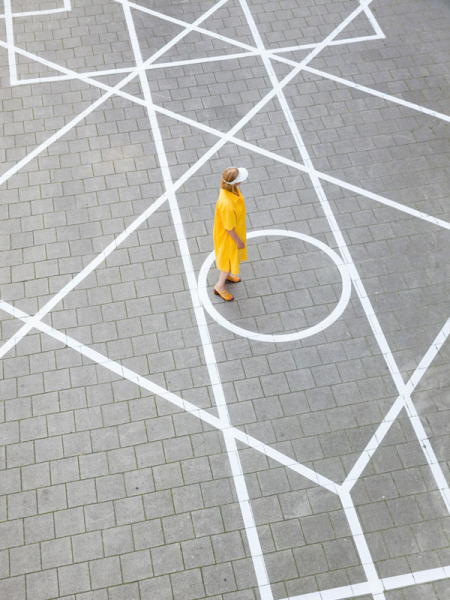 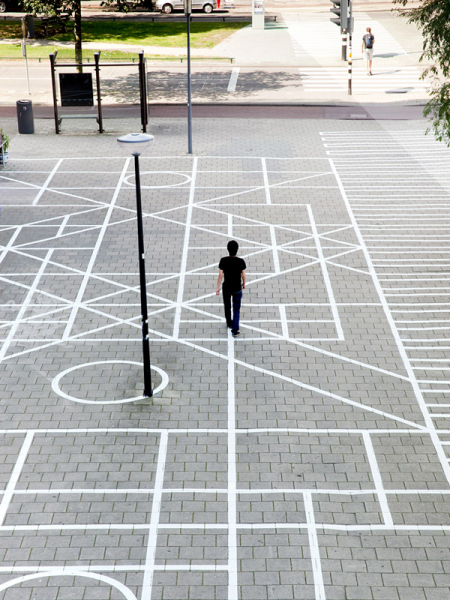 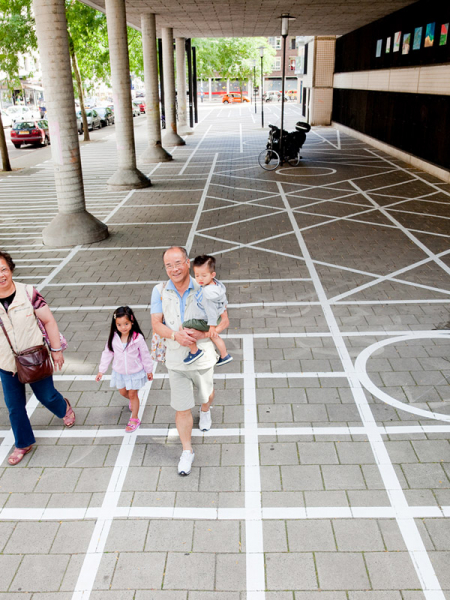 As part of the celebration of 75 years of reconstruction and neighborhood gentrification in the Hoogkwartier, two works were created by graphic designer and artist Nicole Martens on the initiative of Stout / Kramer. Work Game of Lines (2014) refers to the exceptional and homogeneous post-war architecture of the neighborhood, to sidewalk games and floor markings. With minimal means, a design has been realized that divides an indefinable wide sidewalk and transforms it into a dynamic square. It invites you to play, organize events, install a modular park and aims to be an attractive prelude to the continuation of the Hoogstraat. The ceiling work Dancing on a Ceiling (2015) is a permanent print of the floor design: a selective coloring of the lines that are exactly under the roof. The colors red, blue and gray come from the color palette of the street, connecting this place with the rest of the street and making this work a lasting memory of the floor design. Game of Lines was a temporary design and was removed in 2020.

Graphic designer and artist Nicole Martens (Rotterdam, 1974) studied at the Willem de Kooning Academy. Since 2005 she has a design studio at the cutting edge of the artistic, cultural and commercial domain. Hybrid practice places a strong emphasis on experimentation, research, critical thinking and context awareness. Commissioned and self-initiated projects explore new areas and diverse media within visual and sonic discourse. She realized a national stamp, a color design and six murals for three apartment buildings in Haarlem, a large-scale facade design for a residential complex in Abu Dhabi with MVRDV and she projects abstract video works in and on museums.

Dancing on a Ceiling