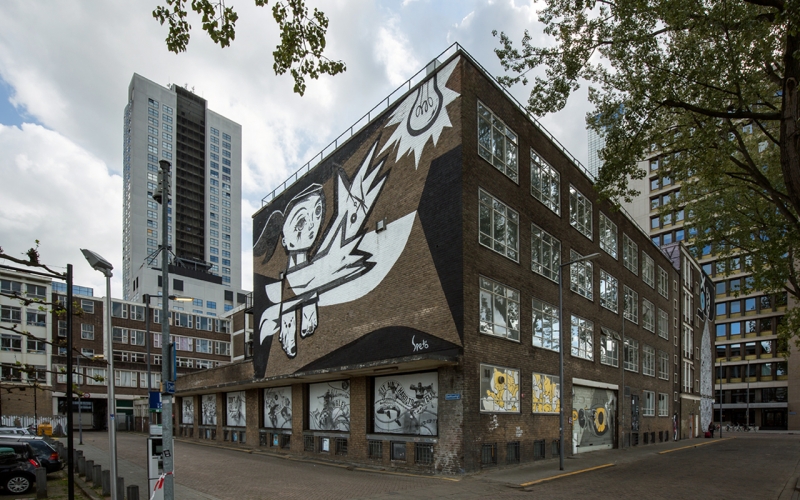 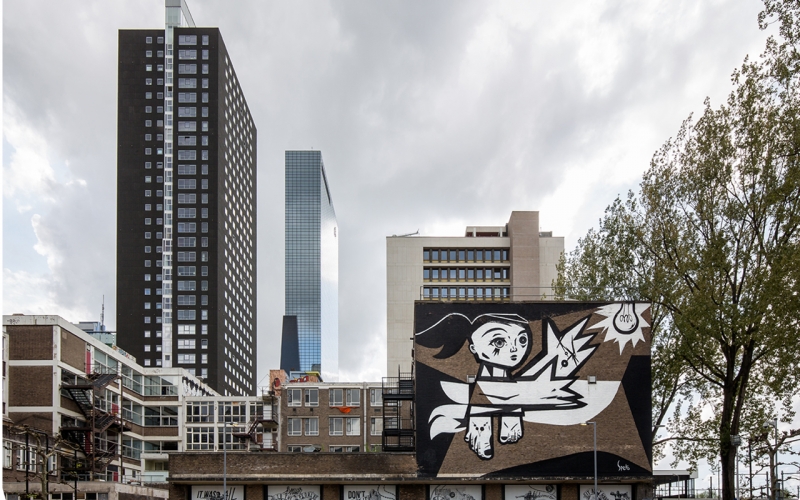 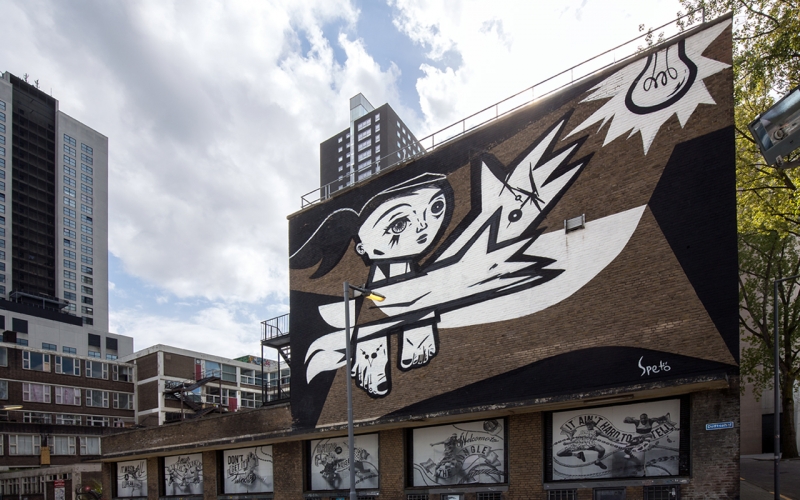 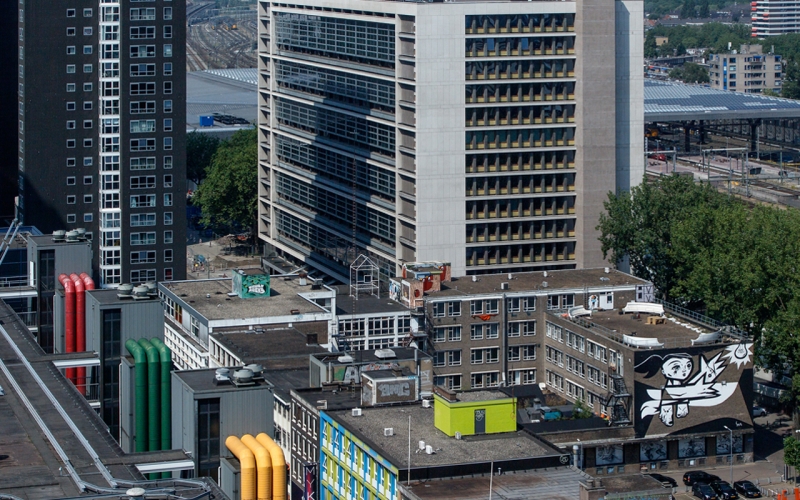 This wall painting was also made during the RUA festival in the summer of 2009. Caramundo Foundation invited the well-known Brazilian artist Spetö, who painted a black-and-white illustration on this facade. The work was given the title Give me light, Picasso. We see a girl holding her hand out to the light.

Spetö (São Paulo, 1971) is an autodidact illustrator and graffiti artist. He was one of the pioneers of graffiti art in Brazil and developed his own unique style. He is inspired by many artists such as Bruno de Oliveira, Pablo Picasso, Jeff Koons, Damien Hirst and Takashi Murakami, but also by architect Oscar Niemeyer and martial arts actor Bruce Lee. Since 2000, graffiti has been recognized as art in Brazil and has since become one of the leading street artists in the country. His work can be seen in more than 15 countries and is exhibited in various museums, such as Palais de Tokyo and Museu Afro Brazil.