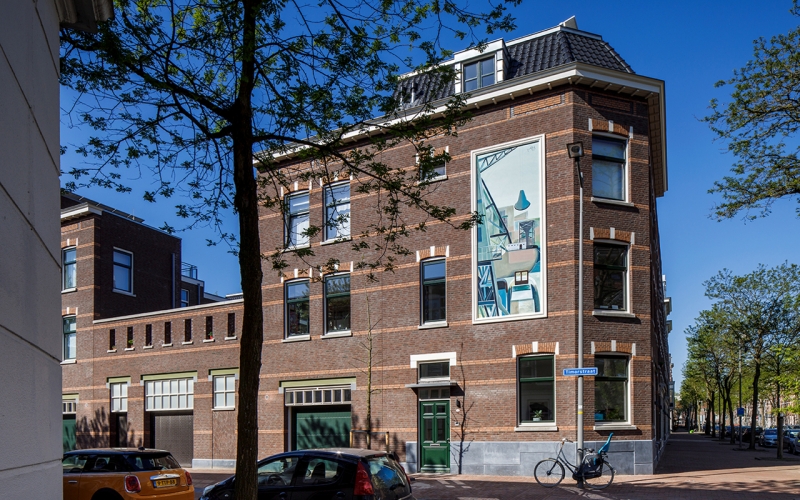 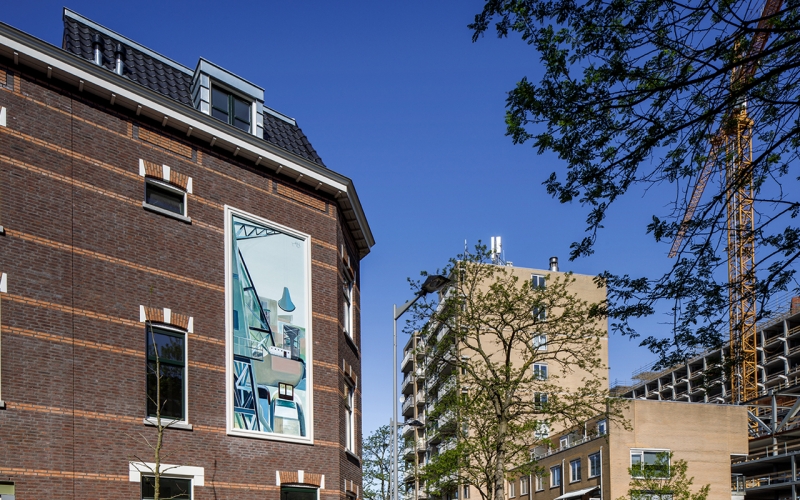 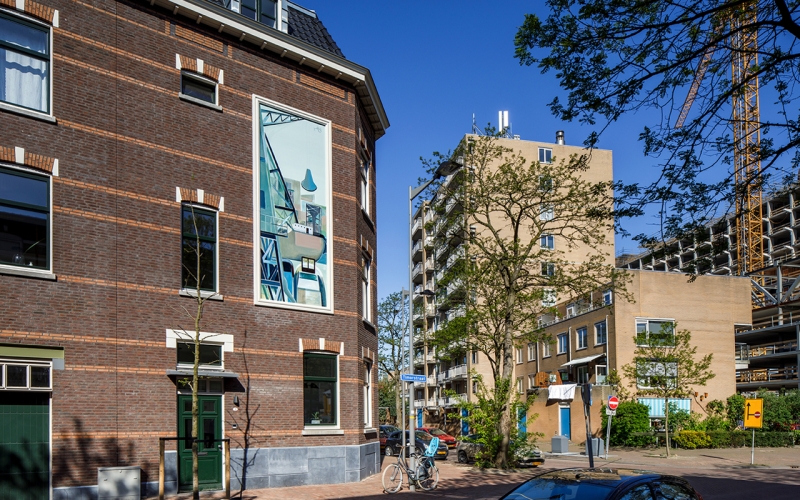 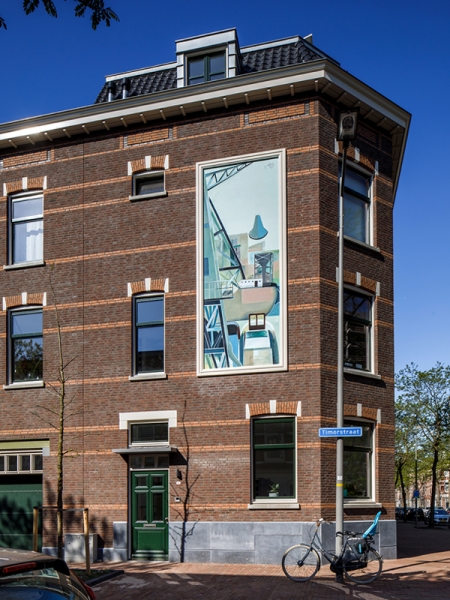 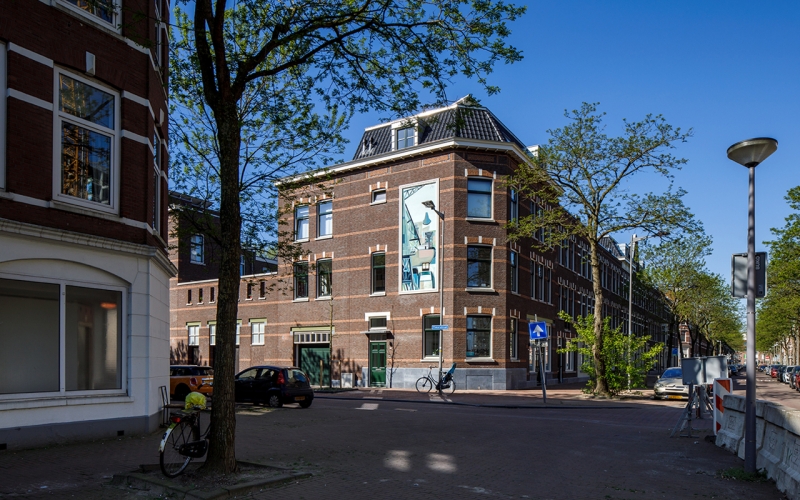 This painting shows the throughput in the harbor, a panorama with activity. The performance is characteristic of Henkes, the painting former engineer, and Katendrecht. It recalls how Katendrecht was an active city port with an international reach. It was installed in 2017 by Atelier Leo Mineur, because the block of houses on which the previous work in 1990 was put on has been demolished. The list was also lost when the building was demolished. But an ornament frame has been added to the new building, resulting in a new version of the painting Transfer at the port could be painted. The original painting is an enlarged section of the smaller painting Port from 1964 made by artist Dolf Henkes. It was installed in 1990, one year after Henkes' death. The news ended up at the time The Free People with the somewhat dubious headline “Katendrecht happy with Henkes painting” - as if they weren't happy with it at first, but it wasn't like that. Residents were not happy with another work of art that was planned: a sculpture by Kees Buckens. Housing association Onze Woning offered five works of art to Katendrecht at the time, one of which was a large, somewhat cubist statue of Kees Buckens, a woman without a head. A beautiful statue, which was very welcome until a week before the opening. Then a newspaper report appeared in which a culture official explained the artwork as a homage to the oldest profession in the world. The Kapenezen reacted angrily. That was the image they wanted to get rid of, on which they also disapproved the image. Should it come, it would immediately be “squeezed in the Maas”. The sculptor - who had nothing to do with the statement - was angry, “By a photo caption!”. He called it "sucks" because he just made an image and "an image is not a whore." To compensate, it was quickly decided to make this painting, a homage to Henkes. Nobody mentioned that Henkes had painted whores. The statue of Buckens was placed one pier further, in Charlois, where it can still be seen from the SS Rotterdam and thus from the point of Katendrecht. In the summer of 2017, this work and eight other ornamental frames, containing restored and new works of art in the Rotterdam district of Katendrecht, were completed. They have been realized in the project Cape color, a collaboration between Verhalenhuis Belvédère and BKOR.

Dolf Henkes drew and painted since childhood (Rotterdam, 1903 - Rotterdam, 1989). He grew up in the harbor area of ​​Katendrecht and sailed from 1926 to 1928. After that, art was increasingly attractive. He got his first exhibition in London in 1929, three years later he took the step to establish himself as an artist independently. From 1935 to 1937 he lived in Paris, the epicenter of art. But when the war started, he returned to Katendrecht - almost forever. In 1940 he moved into a house at 92a Veerlaan with his family. The war "awakened him to color", he says later, and he continued to paint color, with strange overflowing hues. His work has an expressive, 'loose' style in an unmistakable handwriting and sometimes remarkable techniques. In 1944 he drew the devastation of the war in Rotterdam. After the war he continued to travel and his fame grew. Not only as an artist, but also because of his quarrel with the underworld, he made the papers. Because in 1956, a brothel opened next to his house on Veerlaan, where he then lives with his brother and two sisters. After a stabbing incident, in which Dolf stabbed an attacker of his brother, he was given a suspended prison sentence of four months and was not allowed to visit Katendrecht for two years. After that, he would continue to live in Katendrecht until his death, to which he had pledged his heart. You can see that in his paintings: a lot of Rotterdam, the river, harbor, boats in the fog. But also portraits, human figures, clowns, still lifes, sometimes a religious theme. He practiced his own graphic and realistic style of hard lines and lyrical colors. Henkes was one of the most famous Cape painters, together with Wally Elenbaas and Daan van Golden. When he was 85 years old, he died in the house on Veerlaan with his beloved view over the Maas. Nowadays, the Dolf Henkel Prize is awarded every two years in his name to an unconventional artist.