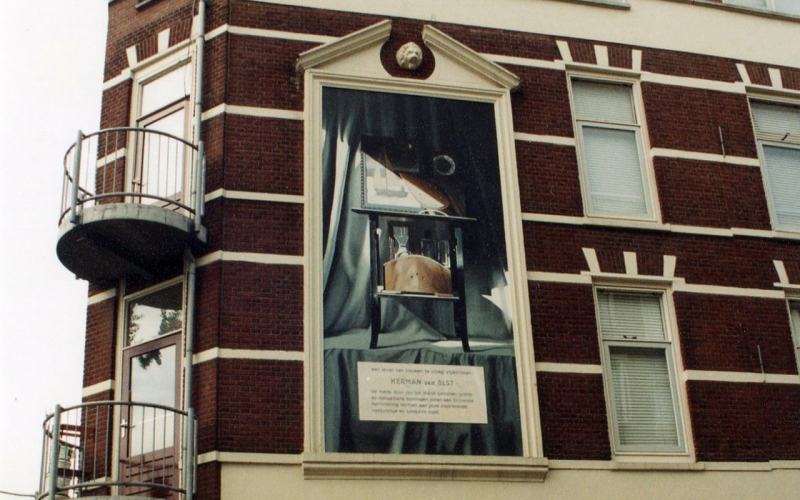 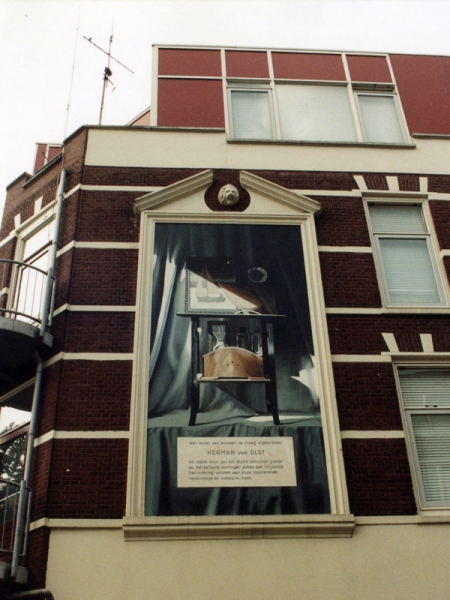 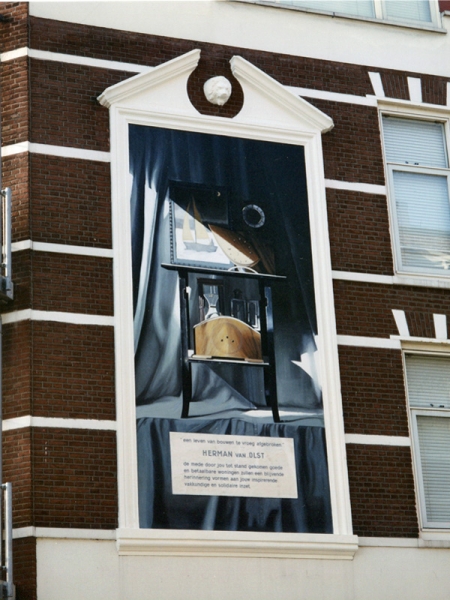 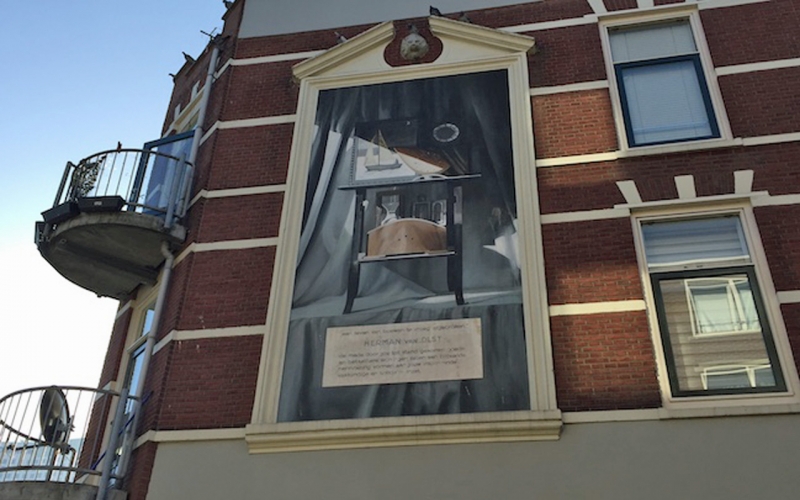 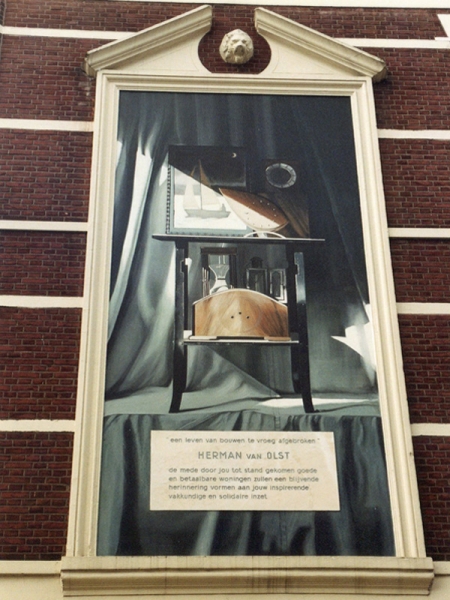 Residents of the Noordereiland wanted to commemorate the architect Herman van Olst. As an architect he was involved in the renovation of homes on the Noordereiland in the 70s. Van Olst was very socially engaged and devoted himself to the residents. Before the renovation was completed, he died in 1989. The plaque of Herman van Olst, which was already present at the place where the painting by visual artist Harry Sengers would be, is included in his design. The depicted still life refers to the life of Van Olst, but also to life and death in general.

Harry Sengers (Rotterdam, 1948 - Rotterdam, 2015) was active in Rotterdam as a self-taught visual artist within the art circles. In the 1979s old neighborhoods in Rotterdam were demolished; Sengers photographed that demolition. His first exhibition was in The Black Cat gallery on the Mauritsweg in XNUMX. The industrial landscape was one of his themes. His work is about time and the darkness and light. His work is included in various collections, including Museum Rotterdam, Stedelijk Museum in Amsterdam, Museum Helmond and the Rijksdienst Beeldende Kunst in The Hague.