The latest investigation (2015) Beer and Bread 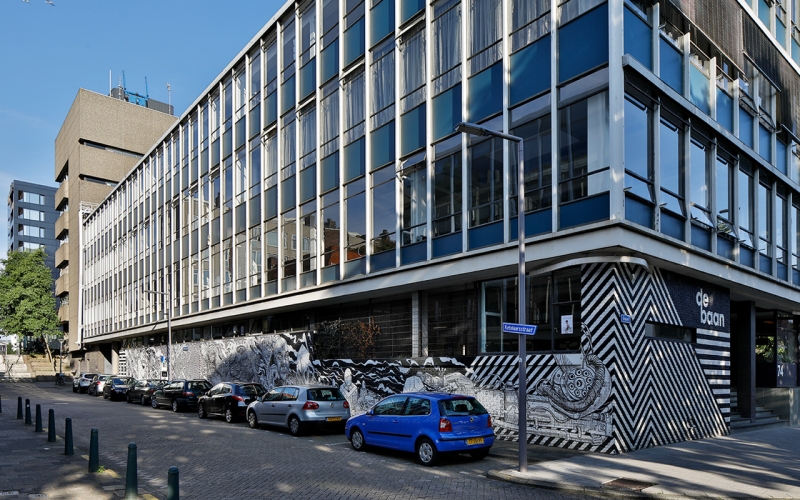 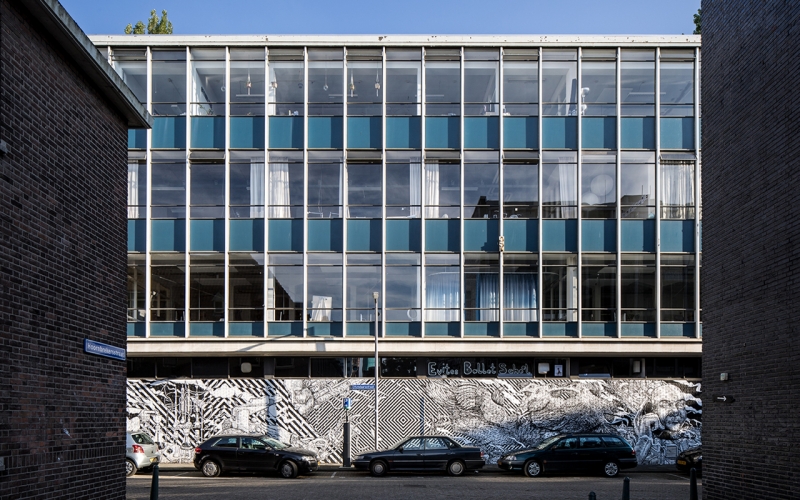 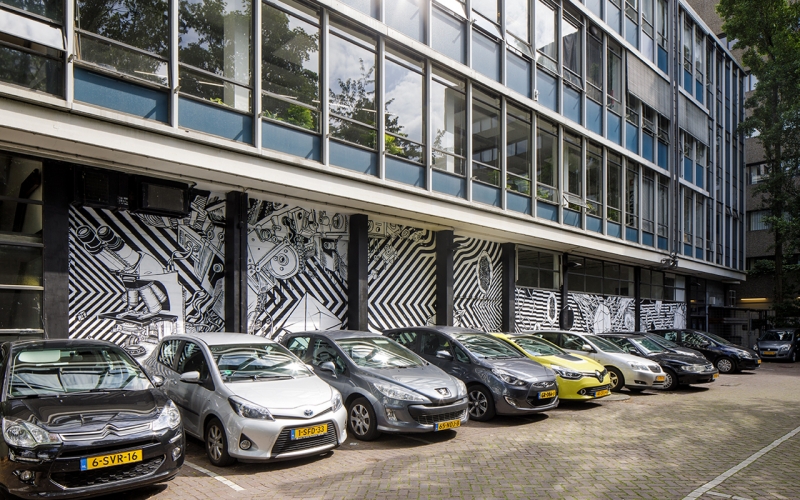 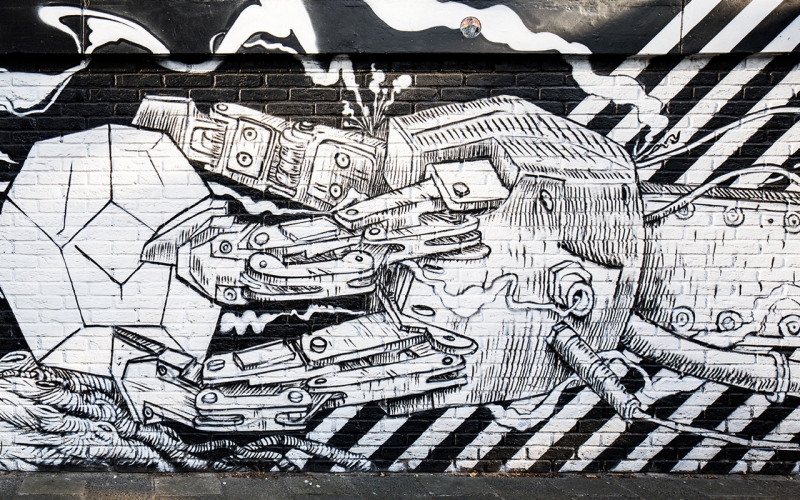 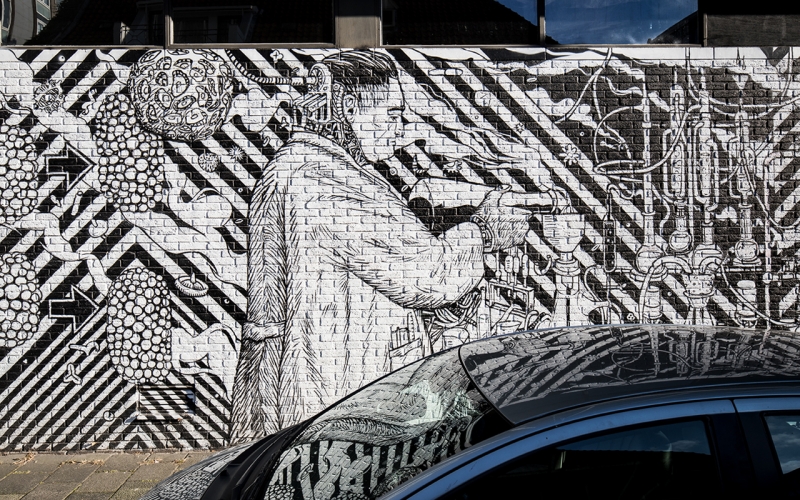 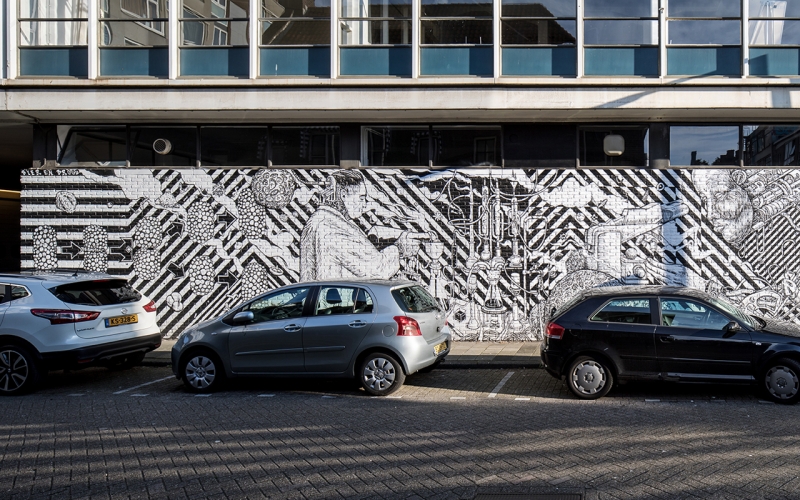 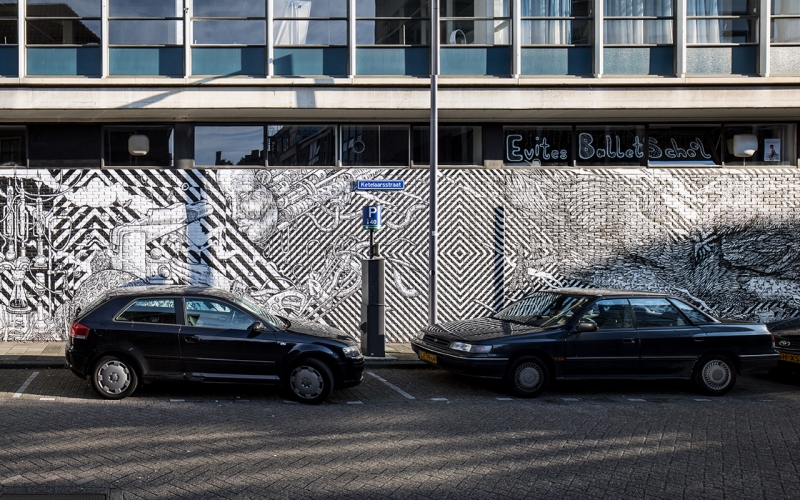 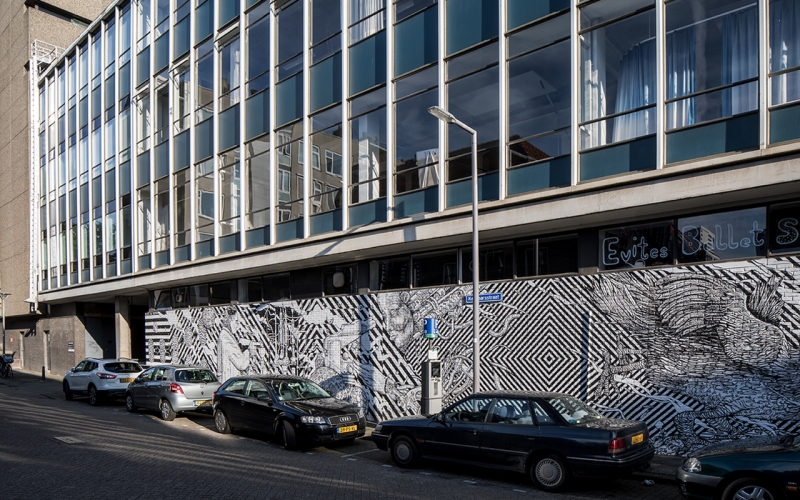 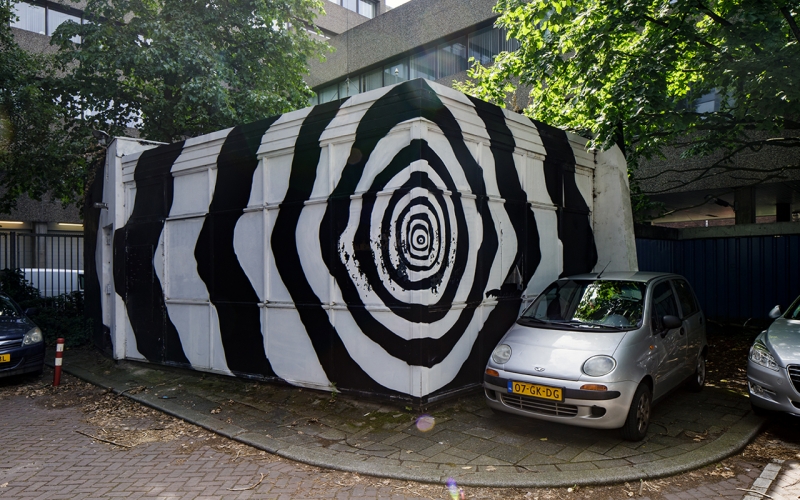 In 1893 the first Inspection Service of Goods was established in this building at Baan number 74. After approximately 100 years, the Food Inspection Service was transferred to the Dutch Food and Consumer Product Safety Authority and the company was closed. The building was vacant for some time, after which creative companies settled in the building. Illustrators Bier en Brood have placed a giant mural on the walls of the ground floor around the entire building. The black and white work has the title The latest investigation. The graphic design provides a futuristic view of the Waren Inspection Service and its laboratories and experiments. The researchers are half human and half robot, and do all kinds of research into foreign objects, organisms and animals. The viewer walking around the building is taken along the different stages of experiments. This mural was initiated by Rewriters010.

Bier en Brood is a collective consisting of Koen Harmsma and Jelmer Noordeman. They both studied Illustration at the Willem de Kooning Academy in Rotterdam. Their own black and white style is inspired by nature, architecture and machines. They make very detailed pen drawings as well as giant murals.