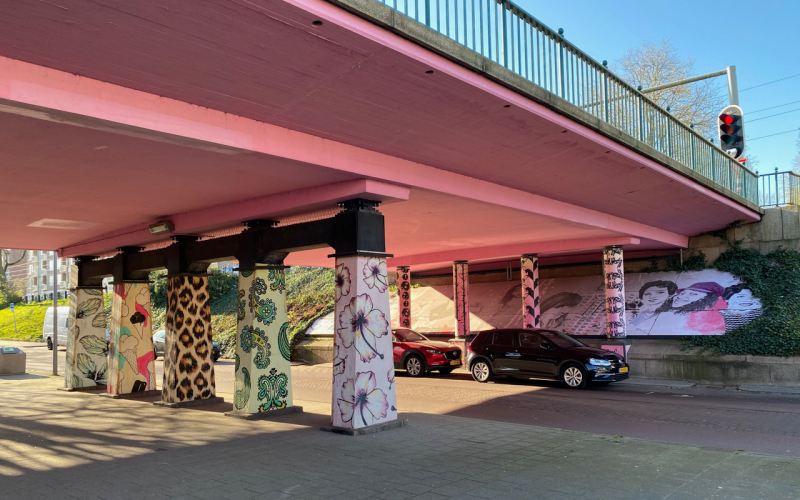 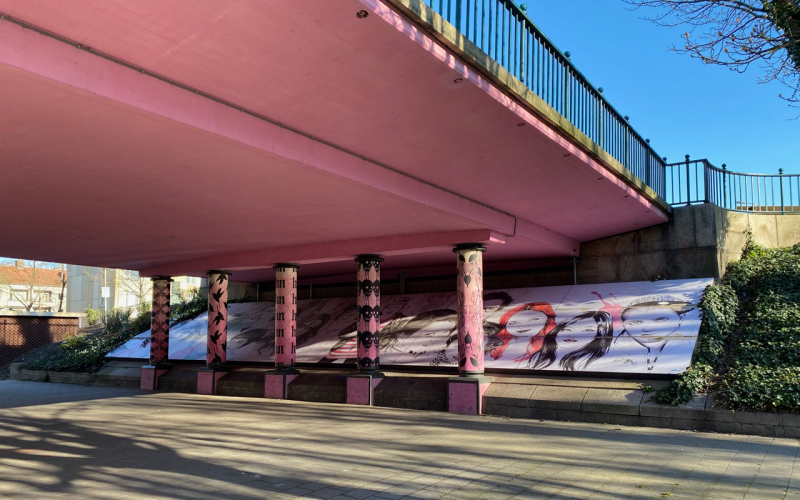 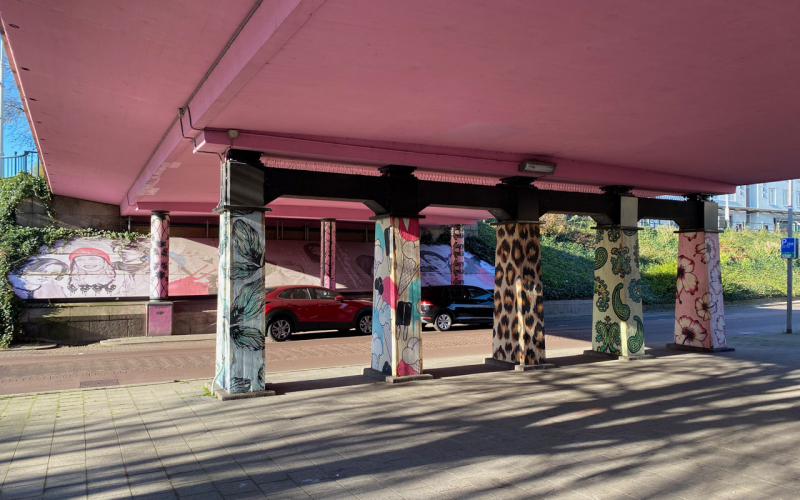 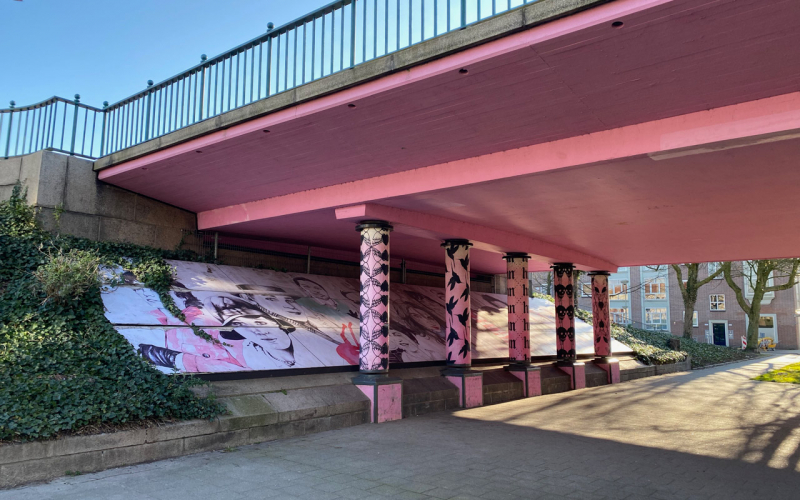 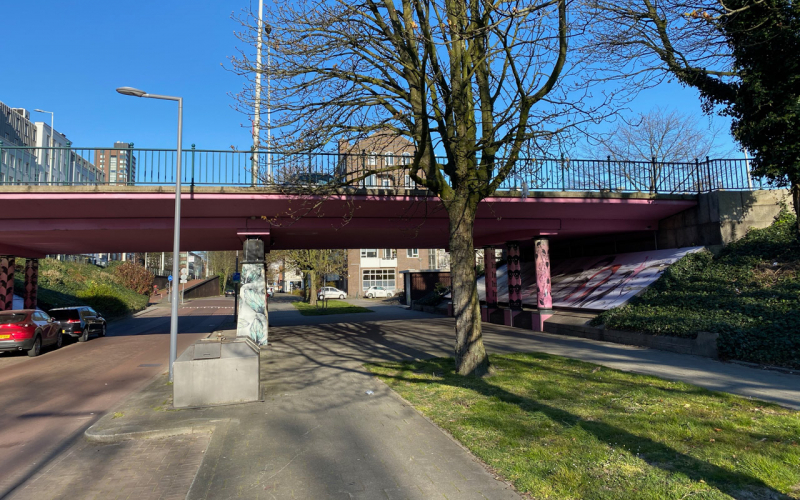 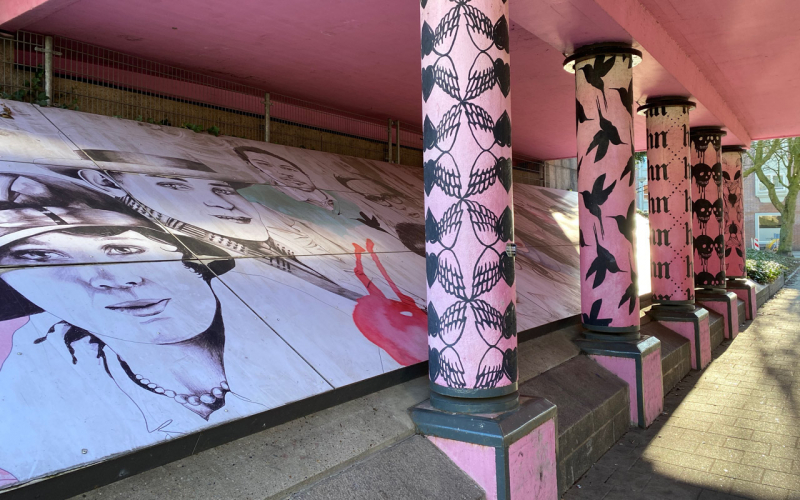 The project Graffiti Brilliants was an initiative of the then alderman Lucas Bolsius to give graffiti in certain places throughout the city a chance to flourish creatively. In 2009, a place for a graffiti brilliant was designated in Kralingen-Crooswijk: the gloomy viaduct on the Oostzeedijk Beneden under the Willem Ruyslaan. Commissioned by CBK Rotterdam and dS + V, the artist duo Transister created a design that takes the term graffiti brilliantly: this work of art shines with color. Transister, or Hanneke van Leeuwen and Nelleke Boerkool, made a total design for the viaduct and the surrounding area. The formerly gray underpass was completely painted and even the nearby tram stop was included. The ceiling is pink, the pillars are hand-painted with ornamental patterns and on the sloping walls are panels with youth portraits of local residents. To this end, Transister contacted local residents and asked them for youth photos. A number of photos were provided by residents of the nearby service flat who visited Transister. These portraits provide a picture of youth then and now. The time differences are evident in the clothing, but there are also similarities, making it a dynamic, youthful and radiant group portrait. It is not without reason that youth is a topic in The pink viaduct, which was made during the youth year of Rotterdam 'Your World'. The project was produced by Mothership.

Artist duo Transister, consisting of Hanneke van Leeuwen and Nelleke Boerkoel, made a makeover in 2009 of a dark viaduct in Kralingen with a style of glam and pop culture. Van Leeuwen studied photography at the KABK in The Hague. Boerkoel is active as an illustrator under the name Robin Duister for various clients, represented by Shop Around. The Transister duo have been active from 2006 to 2010.