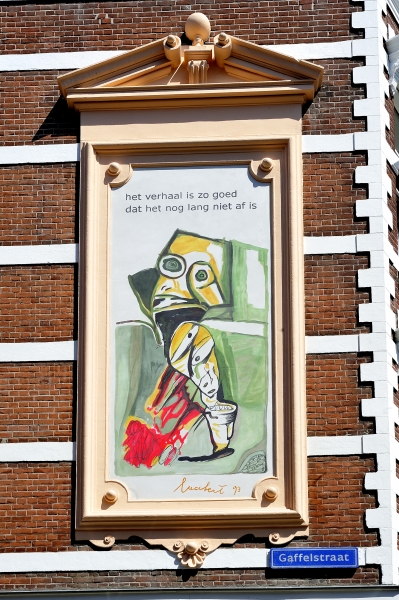 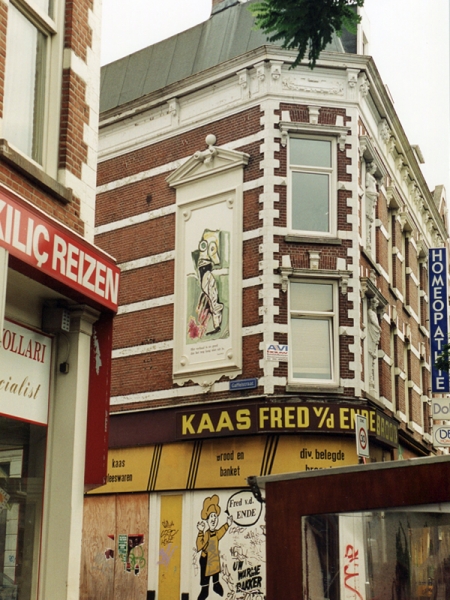 This painting by Lucebert from 1993 features a line from his poem Timetable and Gender table. The stanza with the title reads: “However, like the old singers, Airwick was a perverted boy, he fathered his musealinia directa evert road builder and thus opened the future to Onan and his brother and sister, because the story is so good that it's not over yet“. Lucebert spoke out for freedom of speech, especially that of writers. In May 2014 the mural was re-applied by Atelier Leo Mineur.

Lucebert, or Lucebertus Jacobus Swaansdijk (Amsterdam, 1924 - Alkmaar, 1994), was a poet and painter. Lucebert was a committed artist. His criticism of traditional disguising art earned him the nickname 'Emperor of the Fifties'. The Fifties was a group of poets who caused a stir in the years of the same name by dealing with the aesthetics that were common at the time. Lucebert has won both literary and art prizes. He is also the author of the line of poetry 'Everything of value is defenseless', a work of art that has been in Rotterdam since 1979.

Everything of value is defenseless