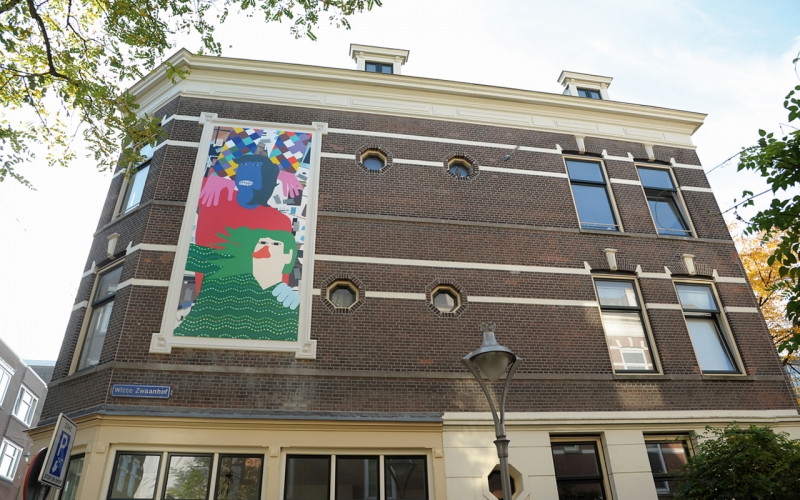 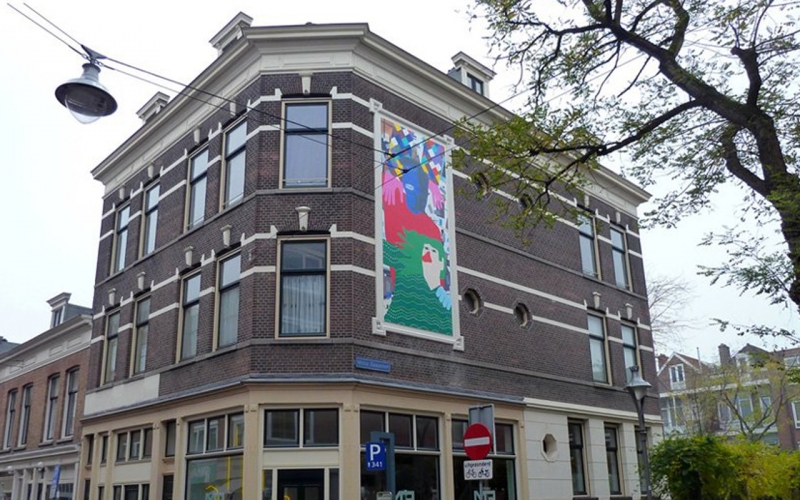 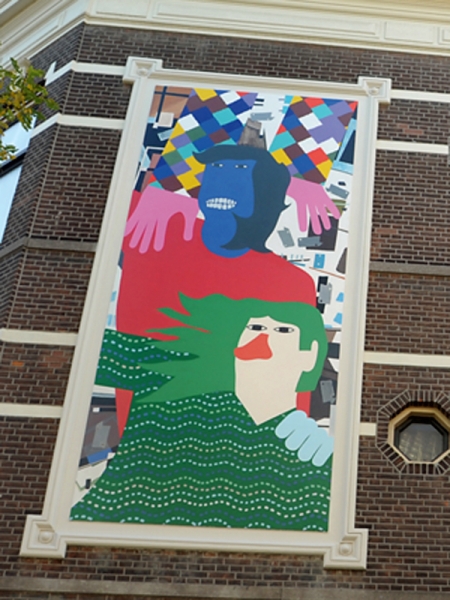 CBK Rotterdam, in collaboration with Havensteder and Sonor, developed a plan to provide renovated ornament frames around the Zwaanshals with a work of art. In total, seven new paintings were added to 2011 and two well-known works were restored. One of those new works is this painting by Rotterdam artist Anuli Croon, placed on the corner of Witte Zwaanhof and Zwaanshals. Croon paints city people: her mechanical looking lines, the industrial surfaces and patterns and hard colors are far removed from any nature. Cartoonesk flips the hair of the characters around their blue or off-white faces. Croon's work seems to have been made with a computer rather than painted by hand. To match a city like Rotterdam, these figures have been put down dynamically and in a monumental grand way. They almost seem to burst out of the list.