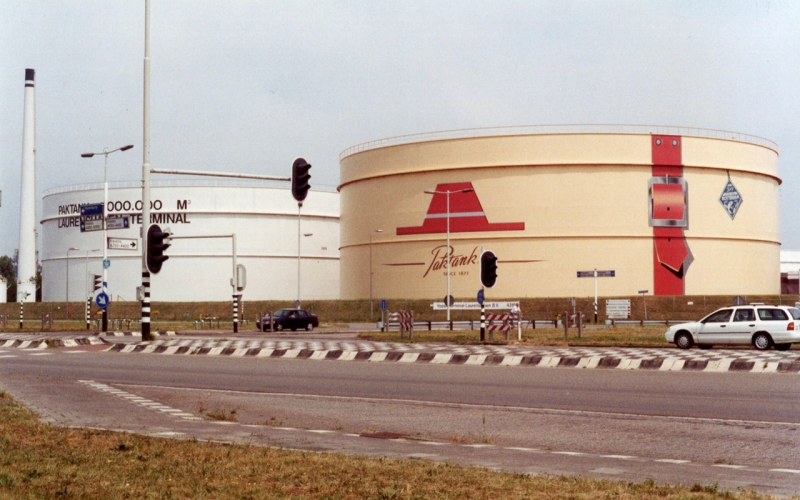 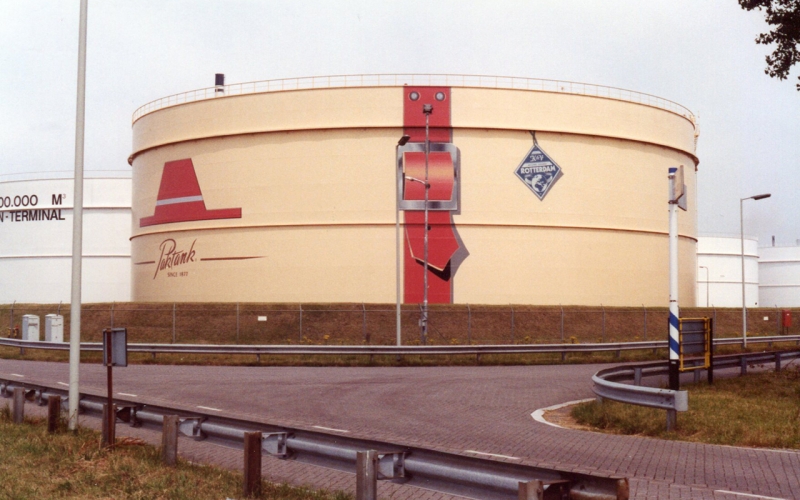 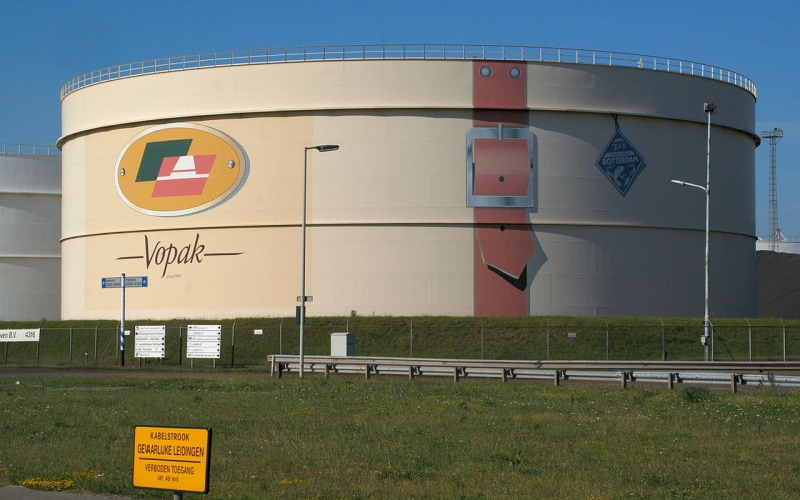 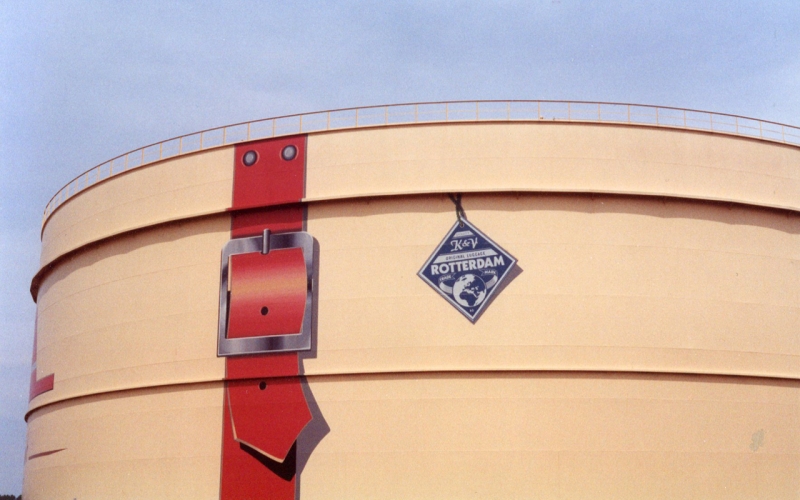 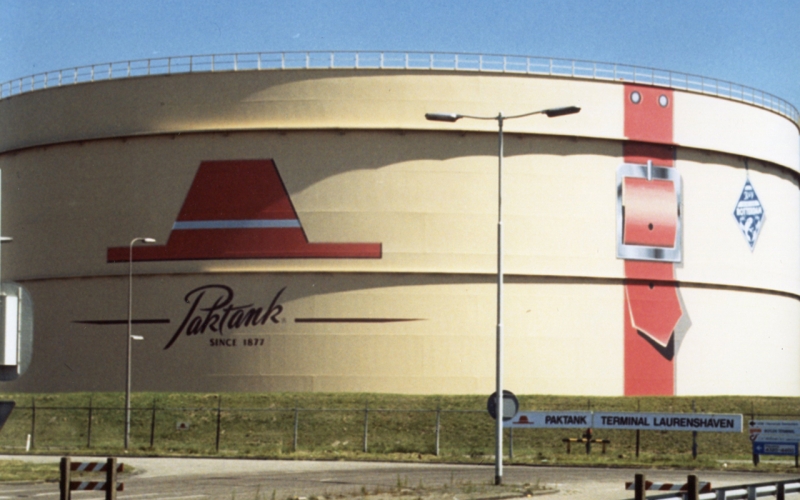 This is a typical example of the work of Kunst & Vaarwerk, the triumvirate consisting of Hans Citroen, Willem van Drunen and Cor Kraat, which has been of great importance to Rotterdam's art history. They have given a new impetus to art in public space with pop-art-like sculptures; interventions in the existing environment by transforming obvious shapes into giant copies of everyday objects. This one Hat box is an example of this. Is it art or is it advertising? According to Kunst & Vaarwerk, a work can be both if it is properly integrated. In an interview, the makers stated: “You have to paint those tanks regularly. Why not do a bit more, also by way of promotion ”. In 1999 the company name changed from Pakhoed to Vopak, which forced the logo on the tank to change. The blue label that comes out from under the lid is an artfully fictitious Kunst & Vaarwerk label. The object is clearly visible from the motorway and is a successful and unique art application in the port area.