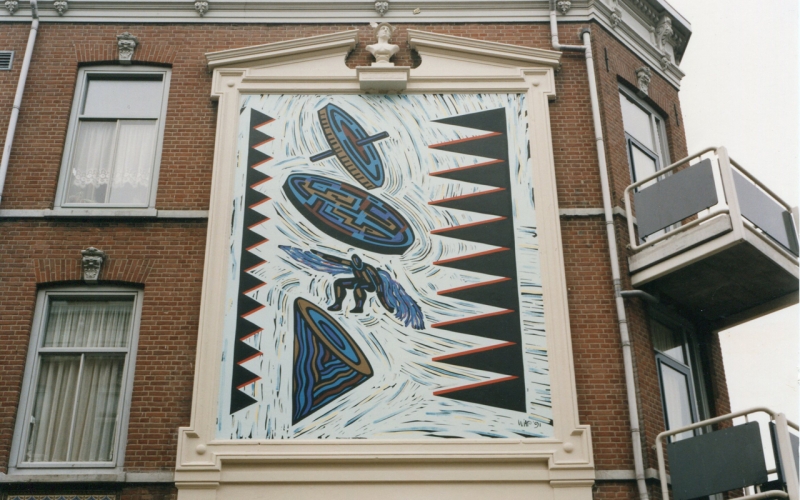 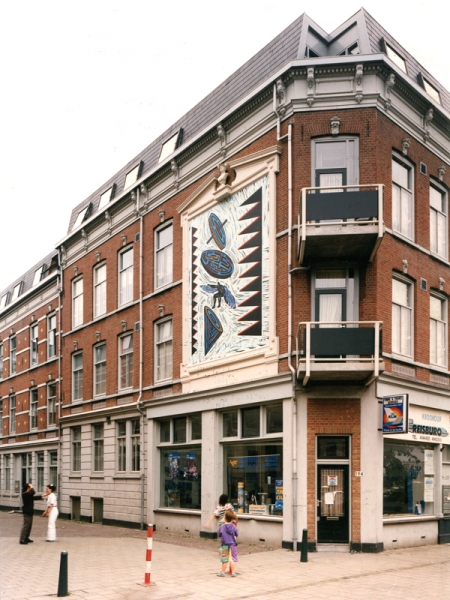 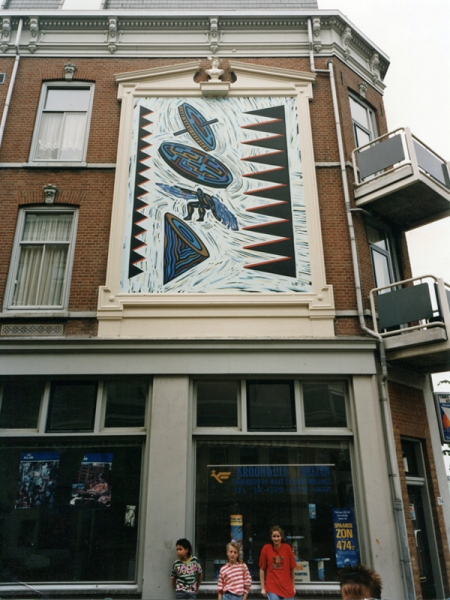 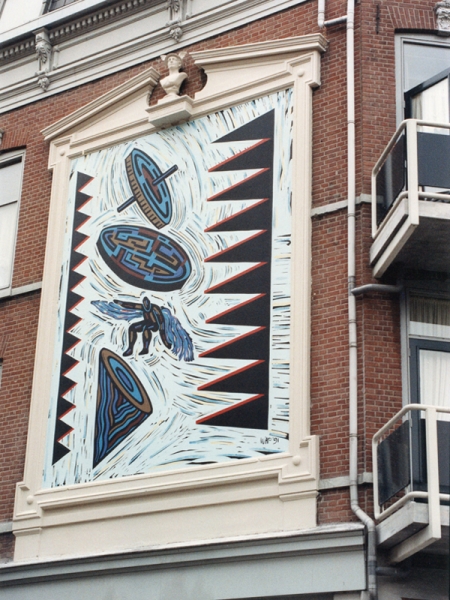 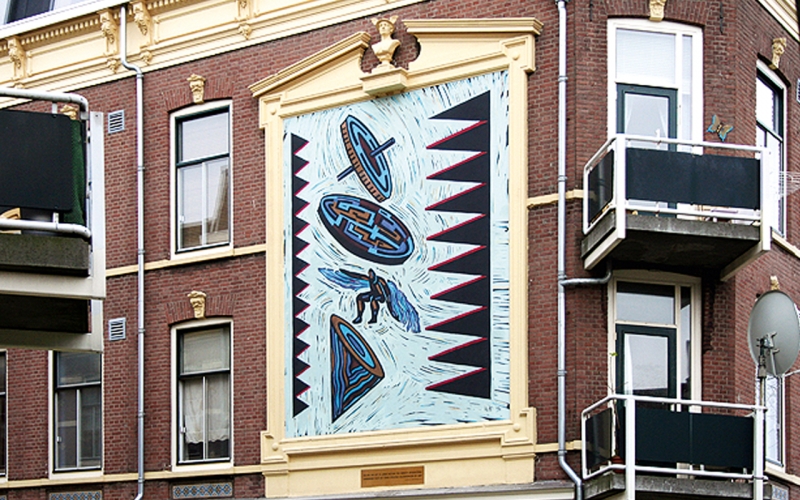 This mural by artist Hans Wap is a gift from the Vereeniging Maatschappij voor Volkswoningen on the occasion of the 30th anniversary of the international organization of Amnesty International. Wap had to submit the design in two and a half weeks. Amnesty, as the recipient of the gift, had to give its approval and the neighborhood also had a say. The design was a linocut of 70 by 100 cm, which Wap made in four different shades. The blue variant was chosen. In the center is the Icarus figure, a man with wings. Above and below him are spinning objects and from left and right he is threatened by rows of shark teeth. You could say: the world spins, turns and does and the individual has to find a landing place in between. That is in keeping with the work that Amnesty does, caring for the individual in the whirlwind of the world. Above the ornamental frame is a Hermes head. Source: Nice from far (Rotterdam, 2007).

Artist Hans Wap (Rotterdam, 1943) studied at the Academy of Visual Arts in Rotterdam. He is, among other things, a screen printer, graphic designer and illustrator. He also makes woodcuts and goaches. His work has been included in many art collections and has won various prizes. He has designed sets and has published seven poetry collections.