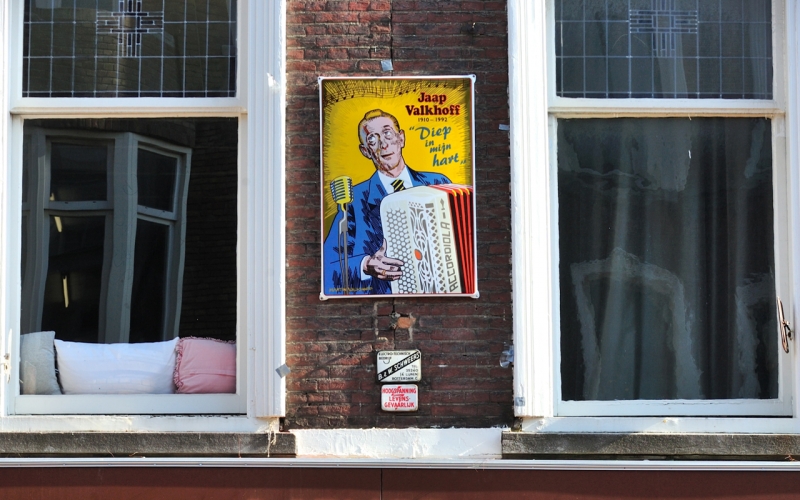 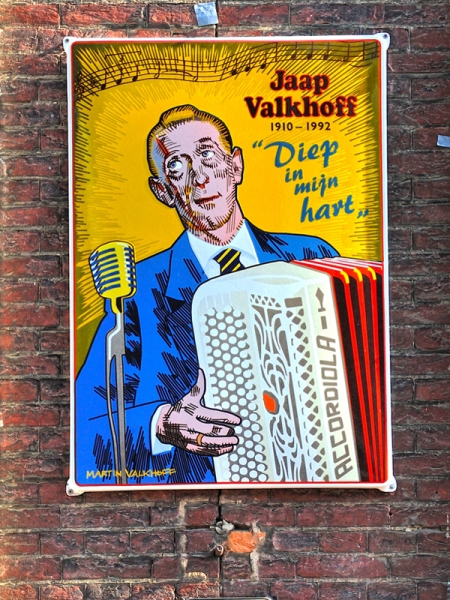 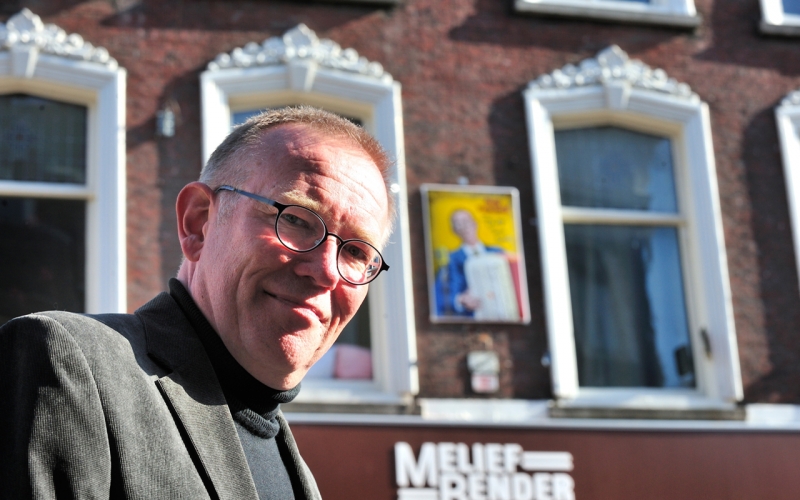 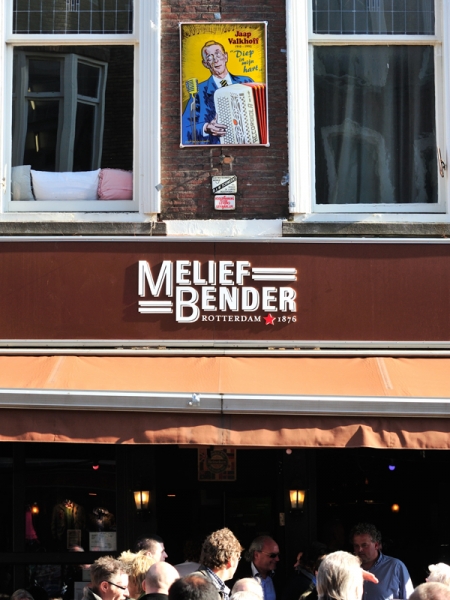 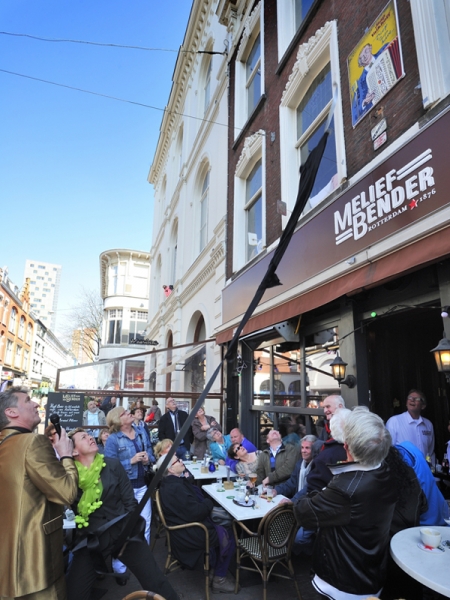 Since 2013 portraits of famous deceased Rotterdam jazz musicians have appeared on and around the Oude Binnenweg. The portrait series has grown into a jazz and comic strip route as a memorial to an important Rotterdam music history. The portraits are made by renowned cartoonists and illustrators. This is a portrait of Jaap Valkhoff (Rotterdam, 1910 - Hoek van Holland, 1992). Valkhoff started playing the accordion when he was three years old. Later he also mastered the saxophone. He was crazy about American swing music. In 1937 Jaap played with the ensemble Secco's Gitanos, led by the Jewish violinist Hans 'Secco' Seligsohn, who had fled Nazi Germany. With this orchestra, Jaap was the first in the Netherlands to record the swing accordion. He opened the Oase Bar in the Schilderstraat with his brother Arie. In 1970 he left the catering industry and succeeded Piet Koopmans in the accordion trio The Three Jacksons, which sold millions of records. Jaap Valkhoff wrote more than two hundred songs, including the Rotterdam schlagers Along the Maas, That is only possible in Rotterdam and the immortal Deep down in my heart. In the Rotterdam sculpture collection there is another work of art for Valkhoff, namely Along the Maas, ode to Jaap Valkhoff by artist Cor Kraat. The jazz and comic route is realized by BKOR and Rotterdam Jazz Artists Memorial (R'Jam). With this route they try to save the Rotterdam jazz celebrities from oblivion. An extensive biography of the cartoonists and musicians included in the series can be found at www.r-jam.nl. The vinyl album is in honor of this project Jazz from R'jam was released, on which all portrayed jazz musicians can be heard.

Martin Valkhoff (Rotterdam, 1956) is the youngest son of Jaap Valkhoff. He works as an archaeological draftsman at the Bureau Oudheidkundig Onderzoek Rotterdam (BOOR).